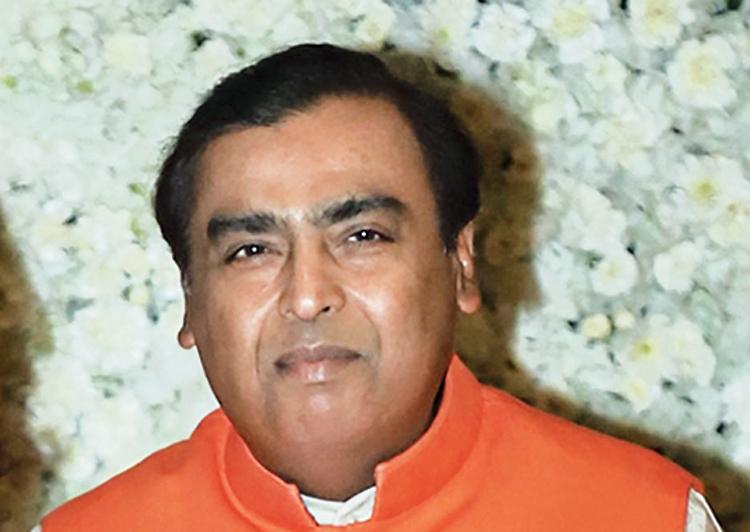 Mukesh Ambani, the country’s biggest industrialist, believes the slowdown in the Indian economy is temporary and the recent measures taken by the government will ensure that the crisis will blow over in the next few quarters.

“Yes, there has been a slight slowdown (in the Indian economy). But my own view is that it is temporary,” Ambani said in Riyadh at Saudi Arabia’s annual investment forum that has been dubbed the “Davos in the Desert”.

“All the reform measures that have been taken in the last few months will see the outcome and I am quite sure that in coming quarter this will reverse,” the Indian tycoon said at the Future Investment Initiative (FII) conference held ahead of Prime Minister Narendra Modi’s visit to Saudi Arabia.

Ambani’s upbeat view does not square with the depressing stream of macroeconomic data in the past few months, especially after growth in the Indian economy slowed to 5 per cent in the April-June quarter, the slowest in over six years.

The government has announced a string of measures over the past couple of months to revive the economy and stoke credit offtake. Banks have been primed with more capital, the basic corporate tax rate has been cut and the central bank has cut rates five times this year with little sign of the much hoped for revival.

Ambani, who is in talks with Saudi Arabian oil giant Aramco to sell one-fifth of his oil-to-chemical business in India for $15 billion, said the two countries have common factors to drive growth: technology, young demography and leadership.

Saudi Arabia, he said, has seen tremendous transformation in the past two to three years.

“For me, this is 1980 vintage China or India of the 1990s where India really took on the world map.” Ambani, the chairman and managing director of Reliance Industries Ltd, was speaking at the forum on the topic “The next decade: How will a new era of economic ambition shape the global economy?”

Unlike most businesses, Ambani has good reason for cheer. His digital services and retail businesses grew by 43 per cent and 27 per cent in the second quarter enabling RIL to report a record net profit of Rs 11,262 crore. It is also sitting on $19 billion of cash — one of the biggest troves in India Inc.

Besides the Aramco deal, Ambani has seen Jio emerge as the country’s largest mobile telephony company — a position that will consolidate further as his rivals Airtel and Vodafone grapple with the huge payout burden resulting from last week’s Supreme Court verdict that upheld the validity of the government’s demands on licence fee dues.

The Aramco deal is supposed to close in the first half of 2020 and will rank as one of the largest foreign investments in India. As part of the deal, Aramco will provide Reliance’s refinery business with about 500,000 barrels of oil a day.