Advertisement
Home / India / A change in appointment of judge in Kashmir

A change in appointment of judge in Kashmir 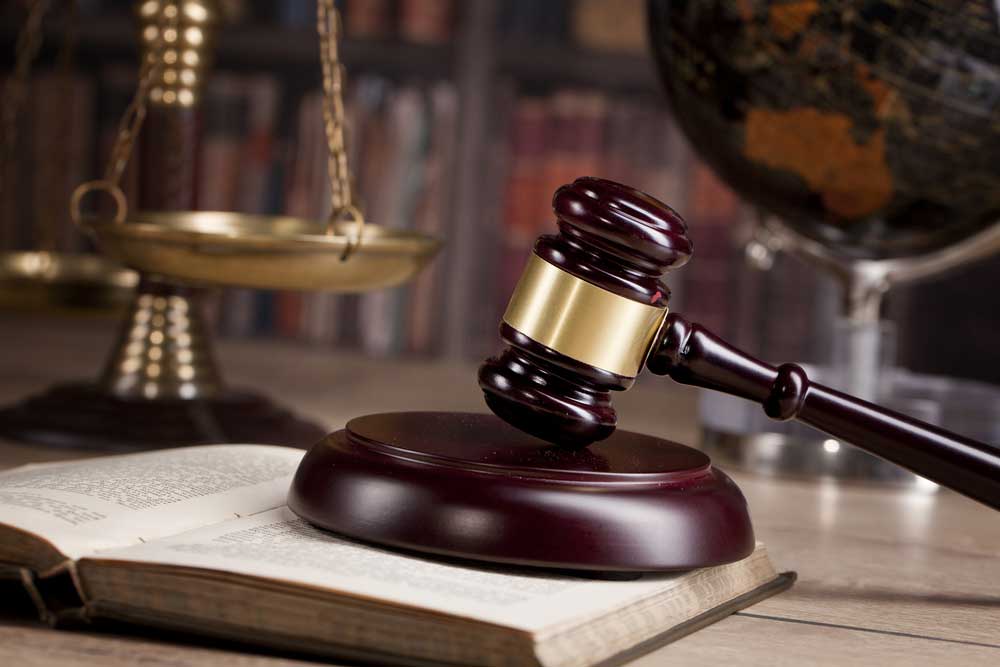 A notification on the appointment of senior lawyer Javed Iqbal Wani, 56, as a judge of the high court was issued on Tuesday. Wani is the son-in-law of Mian Qayoom, 76, the president of High Court Bar Association and a strong votary of azadi.
(Shutterstock)
Muzaffar Raina   |   Srinagar   |   Published 09.06.20, 08:31 PM

The President has appointed the son-in-law of a jailed separatist ideologue as judge of Jammu and Kashmir High Court, making him the first Kashmiri Muslim to be elevated from the Bar to the bench during the six years of the Narendra Modi government.

A notification on the appointment of senior lawyer Javed Iqbal Wani, 56, as a judge of the high court was issued on Tuesday.

Wani is the son-in-law of Mian Qayoom, 76, the president of the High Court Bar Association and a strong votary of azadi.

Wani was appointed as a senior additional advocate-general during central rule in Jammu and Kashmir in February 2019.

Last year, Wani had represented the State when the Kashmir Bar Association had approached the high court for a meeting with Qayoom after the August 5 decision to scrap Jammu and Kashmir’s special status. Qayoom is among those sent to jail by the government in connection with the August 5 decisions.

“As additional advocate-general, he (Wani) represented the State against his father-in-law,” an office-bearer of the Bar said.

Qayoom was arrested and detained under the Public Safety Act ahead of the August 5 decisions to prevent him from leading protests.

Five special rapporteurs of the United Nations recently termed his continued incarceration a reprisal for Qayoom’s opinions and claimed that he was being denied a free trial.

Last month, Jammu and Kashmir High Court rejected his bail again and instead asked him to shun his separatist ideology.

As lawyer, Wani had been part of several high-profile cases, including the 2000 Pathribal case. He had defended the army against allegations that they had killed six civilians after claiming that they were militants involved in the massacre of 35 Sikhs in Chittisinghpora village earlier that year. The case, in which the army had been indicted by the CBI, is before the Supreme Court now.

A lawyer in Srinagar said it was probably the first time a close relative of a separatist had been elevated to the bench.

The lawyer in Srinagar said several other Kashmiri lawyers, too, had been recommended by the high court collegium in the past six years for elevation as judges, but none was cleared.

“Forget elevation, you have lawyers who were not issued passports for being relatives of separatists,” he said.

Lawyer Nazir Ahmad Beig, whose name was twice recommended for elevation as a judge but turned down both times by the Modi government, told The Telegraph on Tuesday: “I am the son of a policeman and belong to a middle class family…. Two different collegiums headed by two different chief justices had recommended me (in 2014 and 2017) and that is not an easy thing. If I was recommended in 2014, it was 100 per cent on the basis of merit.”

“In 2017, I was the only Srinagar lawyer who was cleared after 2013 by the Supreme Court collegium,” Beig said, adding that he had been confident that he would be promoted considering his seniority. “There was a great deal of injustice with me. At times I feel your honesty becomes a great hurdle,” he said.

The last Kashmiri Muslim to be elevated to the high court was Justice Ali Mohammad Magrey, who became a judge in 2013.

With the selection of Wani, there are now two Kashmiri Muslims in the 12-member team of Jammu and Kashmir High Court judges.