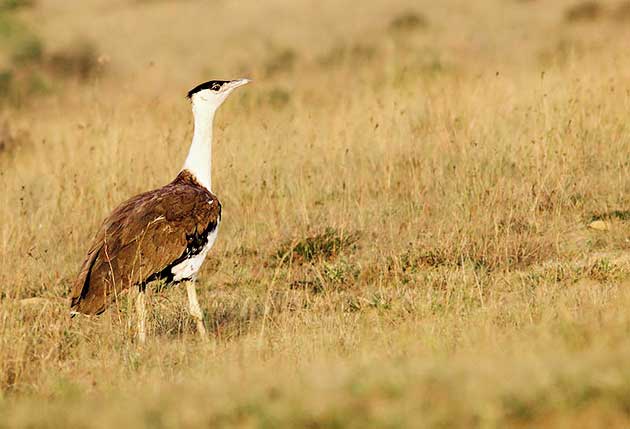 A nationwide bird-tracking exercise has revealed strong declines in the abundance of over 50 bird species, including the red-necked falcon, the Indian cuckoo, several species of eagles, the oriental skylark, the blue rock thrush, among others.

The exercise, the first comprehensive assessment of the abundance and distribution trends of hundreds of bird species, has found 50 per cent or greater declines over the past two decades in forest and grassland birds, open-country raptors, and long and short- distance migrants.

A report, State of India’s Birds 2020, outlining the findings was released at the UN conference on the Conservation of Migratory Species of Wild Animals that opened in Gandhinagar, Gujarat, on Monday.

Scientists from the Wildlife Institute of India, Dehradun, the Bombay Natural History Society, Mumbai, the National Centre for Biological Sciences, Bangalore, among other institutions also collaborated in the project.

Among the 261 species for which long-term trends could be determined, the abundance and distribution of 136 (52 per cent) have declined since the year 2000, with 58 (22 per cent) “declining strongly,” the report said.

The short-toed snake eagle, the tawny eagle, and the white-bellied sea eagle are among raptors with decline abundance.

However, 12 species (5 per cent) of 261 species covered in the exercise are showing an increasing trend, it said. The abundance of the Indian peafowl, the rock pigeon, the Indian black ibis, and the garden birds ashy prinia and plain prinia appears increasing.

The peafowl has expanded its range, moving into Kerala where it was not observed a few decades ago. Scientists believe the peafowl’s expansion into Kerala may be associated by an overall drying trend and the expansion into the Thar region may have been the result of the spread of canals and irrigation.

“Overall, India is losing its birds — some at a catastrophic pace,” said Suhel Quader, a senior scientist with the Nature Conservation Foundation in Mysore, who was among scientists and bird-watchers across the country who spent two years on the exercise.

“Our assessment for the first time brings up quantitative evidence for the numerous declines or the few increases,” Quader said.

“Most earlier assessments were largely based on short-term studies or localised observations.”

The survey has for instance busted the perception that India is losing its sparrows.

“The popular theory that radiation from mobile phone towers is a factor (underlying the decline in sparrows) not supported by evidence,” the report said.

Instead, the survey has found that sparrows are “fairly stable” over the past 25 years.

Although data from six largest metro cities — Bangalore, Chennai, Calcutta, Delhi, Hyderabad and Mumbai — do indicate a gradual decline in their abundance in urban centres, there is lack of evidence for countrywide decline.

The survey found that the abundance of raptors such as vultures, eagles, hawks and falcons was 50 per cent less at present compared to their abundance about two decades ago.

“We know why vultures declined — but we don’t know why the other raptors are declining too,” Quader said.

Research through the late-1990s had revealed a sharp decline in vultures that scientists later attributed to their exposure to the pain-killer diclofenac used in the veterinary and animal husbandry sectors.

The scientists while conducting their own surveys also relied on information provided by birdwatchers.

Over 15,500 birdwatchers have uploaded over 10 million records from 200,000 distinct locations across the country over the past six years.

Prime Minster Narendra Modi inaugurated the 13th conference of parties to the Convention on Migratory Species in Gandhinagar on Monday where delegates are expected to discuss proposals for concerted actions to enhance conservation for 14 species, including Asian elephants and the Great Indian bustard.

“We are keen to take the conservation of migratory birds to a new paradigm with active cooperation of central Asian flyway range countries,” Modi said in his inaugural speech.

“I also wish to establish an institutional mechanism for undertaking research, studies, assessments, capacity development and conservation initiatives by creating a common platform.”

The central Asian flyway is a vast swathe of Eurasia connecting the Arctic and Indian oceans that make up key migration routes of several waterbirds that extend from Siberia into South Asia and Indian Ocean islands.