Question before Supreme Court: can spouses deny each other physical intimacy? 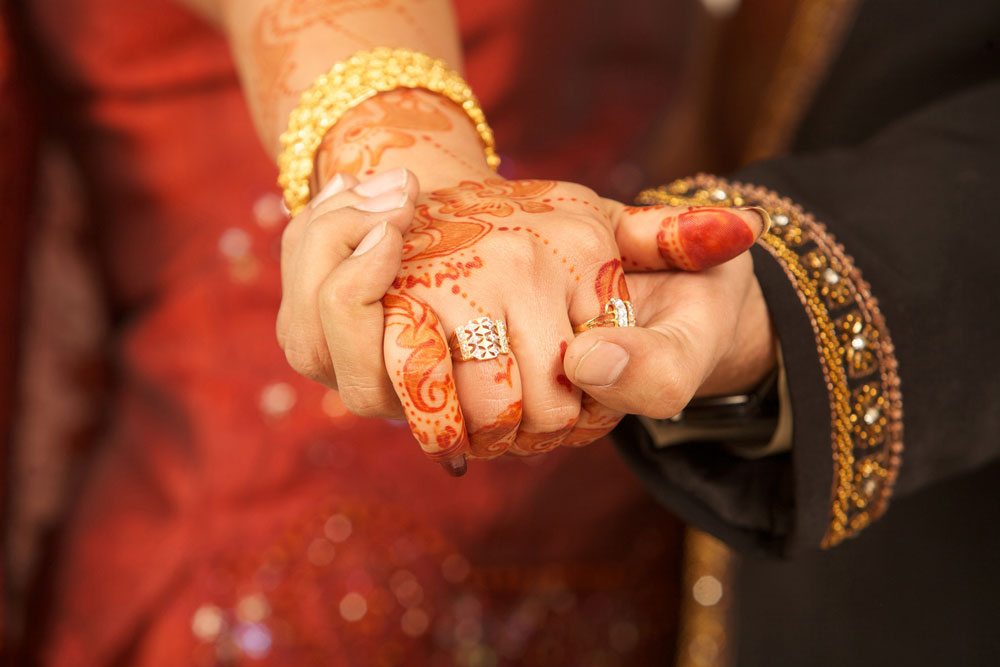 The petitioners submitted that the “legislative package” that provides for the restitution of conjugal rights was unconstitutional as it puts a “disproportionate burden on women” .
(Shutterstock)
Our Legal Correspondent   |   New Delhi   |   Published 05.03.19, 09:38 PM

The Supreme Court has referred to a three-judge bench the question whether married couples can be compelled to have a conjugal relationship even if they are unwilling partners.

Under existing laws spouses cannot deny each other such physical intimacy.

A bench of Chief Justice Ranjan Gogoi and Justice Sanjiv Khanna on Tuesday referred the matter to the larger bench for hearing next week following a petition that had challenged various laws governing conjugal relationship as “unconstitutional”.

Senior advocate Sanjay Hegde who appeared for the petitioners — some students of the Gujarat National Law University, Gandhinagar — said the plea raised a substantial question of law relating to privacy, particularly of women, in the light of what a nine-judge constitution bench had ruled in 2017.

The constitution bench had held that privacy was a citizen’s fundamental right.

The students have challenged the validity of Section 9 of the Hindu Marriage Act, 1955; Section 22 of the Special Marriage Act, 1954; and Order 21 and Rules 32 and 33 of the Code of Civil Procedure, 1908 — all of them mandate that a spouse can move court for a decree to ensure that the other spouse cohabits with him or her.

According to the petitioners, “conjugal rights” in India mean two key features: cohabitation and sexual intercourse.

Under the legal scheme in the country, a spouse is also entitled to coercive measures in the form of attachment of property in case a spouse wilfully disobeys a decree of restitution of conjugal rights.

The petitioners submitted that the “legislative package” that provides for the restitution of conjugal rights was unconstitutional as it puts a “disproportionate burden on women” and therefore amounted to a violation of Articles 14 (equality) and 15(1), which prohibits discrimination.

The students said the provisions were based on feudal English law that regarded a woman as a “chattel” and violated the fundamental right to privacy, individual autonomy and dignity of individuals (of both men and women) guaranteed under Article 21 (life and liberty) of the Constitution.

A two-judge bench of the Supreme Court had in 1984 upheld the provision on restitution of conjugal rights, saying the essence of marriage included the “experience of the joy that comes from enjoying, in common, things of the matter and of the spirit and from showering love and affection on one’s offspring”.

The students in their petition cited what the nine-judge bench had said about privacy in its 2017 ruling. “Privacy includes at its core the preservation of personal intimacies, the sanctity of family life, marriage, procreation, the home and sexual orientation. Privacy also connotes a right to be left alone.

“Privacy safeguards individual autonomy and recognises the ability of the individual to control vital aspects of his or her life. Personal choices governing a way of life are intrinsic to privacy,” the bench had said.

Subsequently, in 2018, while striking down an old law that prohibited gay sex, the top court had reinforced the right to privacy.

“Autonomy is individualistic. Under the autonomy principle, the individual has sovereignty over his/her body. He/she can surrender his/her autonomy wilfully to another individual and their intimacy in privacy is a matter of their choice. Such concept of identity is not only sacred but is also in recognition of the quintessential facet of humanity in a person’s nature,” the court had said.

“The autonomy establishes identity and the said identity, in the ultimate eventuate, becomes a part of dignity in an individual.”

The petitioners now want a re-look at the provisions governing conjugal relationship in the light of this judgment.