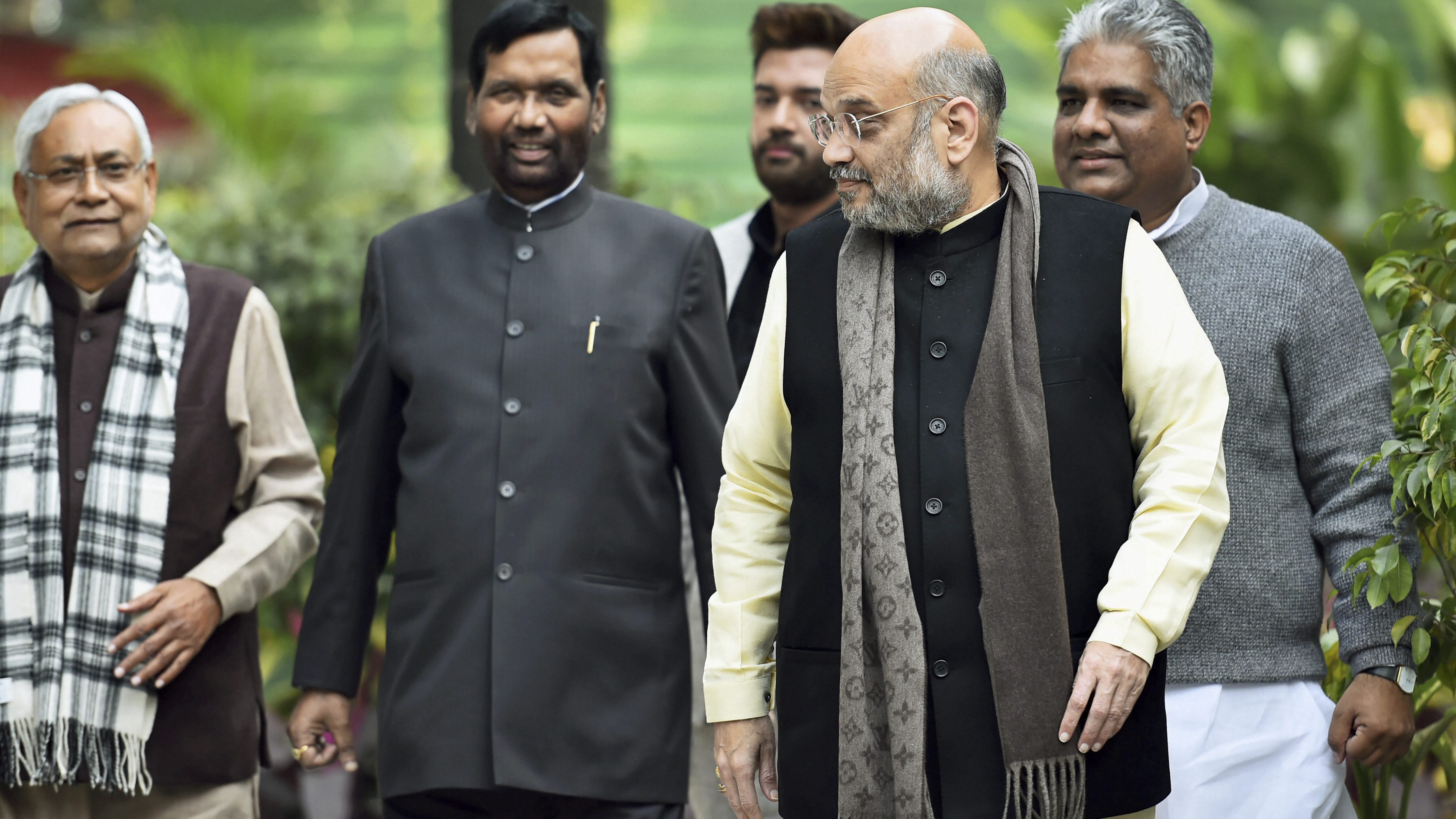 Back after the 2014 national elections, pundits were writing obituaries for the Congress party and the headily triumphant BJP appeared set to rule for a decade, if not longer. But in reality, the BJP’s sweeping victory was a whole lot more fragile than many thought at the time and the 2019 elections were never going to be a walkover for the party.

In the 2014 elections, the BJP racked up an against-the-odds majority on its own. A close look at the parliamentary seat arithmetic would have shown it would require a political miracle in 2019 for the BJP to replicate its 2014 win when almost the entire north and western India fell into its hands.

Still, it took the Congress’s victory in three heartland states in the recent “dress-rehearsal” state elections to drive home the reality that the BJP now has a make-or-break election battle on its hands.

At the same time, both the BJP and the Congress are staring at an uncomfortable truth: the numbers aren’t stacking up the way they’d like in the countdown to the elections that are expected in April-May.

The Congress’s state election successes thrust it back into the game, leaving it firmly in control in four major states and sharing power in Karnataka. They also meant there's no more talk about 'Congress-mukt Bharat' - ridding the country of the Congress.

But just as there looks to be no chance of the BJP winning a victory on its own steam, neither can the Congress. To put it differently, it's game on as the two parties figure out winning combinations that might vault them past the magical 273 number.

In 2014, the two parties combined won 326 seats in the 543-seat Lok Sabha, leaving 217 seats controlled by a motley array of regional and sub-regional parties along with the Communists and JD(U). The Brookings Institute predicts that, by itself the BJP will get around 180 seats and the Congress around 108.

That picture, though, changes radically if alliances are taken into consideration and it doesn’t look good for the BJP. Political research organisation Today's Chanakya reckons the election could throw up a conclusive result with the UPA alliance getting 293 seats against the NDA's 250.

That, however, presupposes that all the smaller parties will join one alliance or another. Crucially, Today's Chanakya reckons that the Samajwadi Party (SP) and the Bahujan Samaj Party (BSP) will together pick up 50 seats in Uttar Pradesh against the NDA's 30.

Whatever the calculations, it's clear Uttar Pradesh will once again be the key battleground that could swing the elections one way or another. In 2014, the BJP walked away with the elections after grabbing 73 of UP's 80 seats.

This time round, the picture could be very different but everything hinges on the SP and BSP alliance. Chanakya Today pre-supposes that the BSP and SP alliance will fight the election together and then form a post-poll alliance with the Congress.

The wildcard in this scenario is Mayawati. She’s always been an unpredictable partner and the BJP will be working overtime to separate her from the SP and the Mahagathbandan.

Given these numbers, it's easy to understand why BJP president Amit Shah’s been racking up the frequent flyer miles, heading to states like West Bengal and Kerala in an attempt to snatch some sort of decisive win out of the jaws of what could be defeat.

In recent weeks, as it became clear it couldn't count on repeating its north India sweep, the BJP’s been talking about making gains in West Bengal and Odisha to make up for losses elsewhere. There's no indication yet that this is likely to happen. The Trinamul Congress won 34 seats out of 42 in the 2104 general elections and only two seats went to the BJP.

More recently, Shah’s talked about winning 16 parliamentary seats in Bengal but it only picked up three seats in the state Legislative Assembly elections and roughly 10 per cent of the votes in the seats it contested.

The outlook's slightly different in Odisha where the BJP has had a strong presence in the past and won seven seats out of 20 in 2004. But both in 2009 and 2014 -- after Naveen Patnaik's BJD tightened its grip on the state -- it’s only been able to muster one seat each time in the two elections. Here the BJP had a relatively respectable 18 per cent vote share in the seats it contested.

Still, though, it's been outstripped by the Congress with 25 per cent and the BJD with 43 per cent. The Congress's relatively strong showing could be why the BJD threw its weight behind a BJP candidate in August during the Rajya Sabha elections.

As Sonia Gandhi realised in leading the Congress to its 2004 upset victory over the BJP, it’s crucially all about alliances. The BJP has recognised it doesn't stand a chance without the right tie-ups and it’s now started making compromises it avoided earlier. In Bihar, for instance, it’s been relatively generous to the JD(U) and has even worked to keep Ram Vilas Paswan's Lok Janshakti Party.

Similarly, in Maharashtra, the BJP will need to get the Shiv Sena onside. So far, the Shiv Sena, which has been a thorn in the BJP’s side since 2014, has been holding to its line it’ll go it alone in 2019. The Congress and the Nationalist Congress Party held the state in 2009 but it swung back to the BJP-Shiv Sena combine in 2014. All the parties have a respectable share of the votes in this state. Maharashtra is the home state of the RSS and its favoured son, Nitin Gadkari.

Everywhere, the questions are the same. In Haryana, the BJP picked up seven out of 10 seats in 2014 and the Congress was reduced to one. That was the reverse of 2009 when the Congress had nine seats and a regional party picked up the last seat. In Delhi, in 2014 the Aam Aadmi Party (AAP) wasn’t in the fray and the BJP snared all seven seats. This time the AAP expects to win at least four seats and is running local-based events and showing off its achievements in the local schools.

Heading into 2019, the lone certainty is uncertainty and everyone's now keenly aware that the play could go either way.