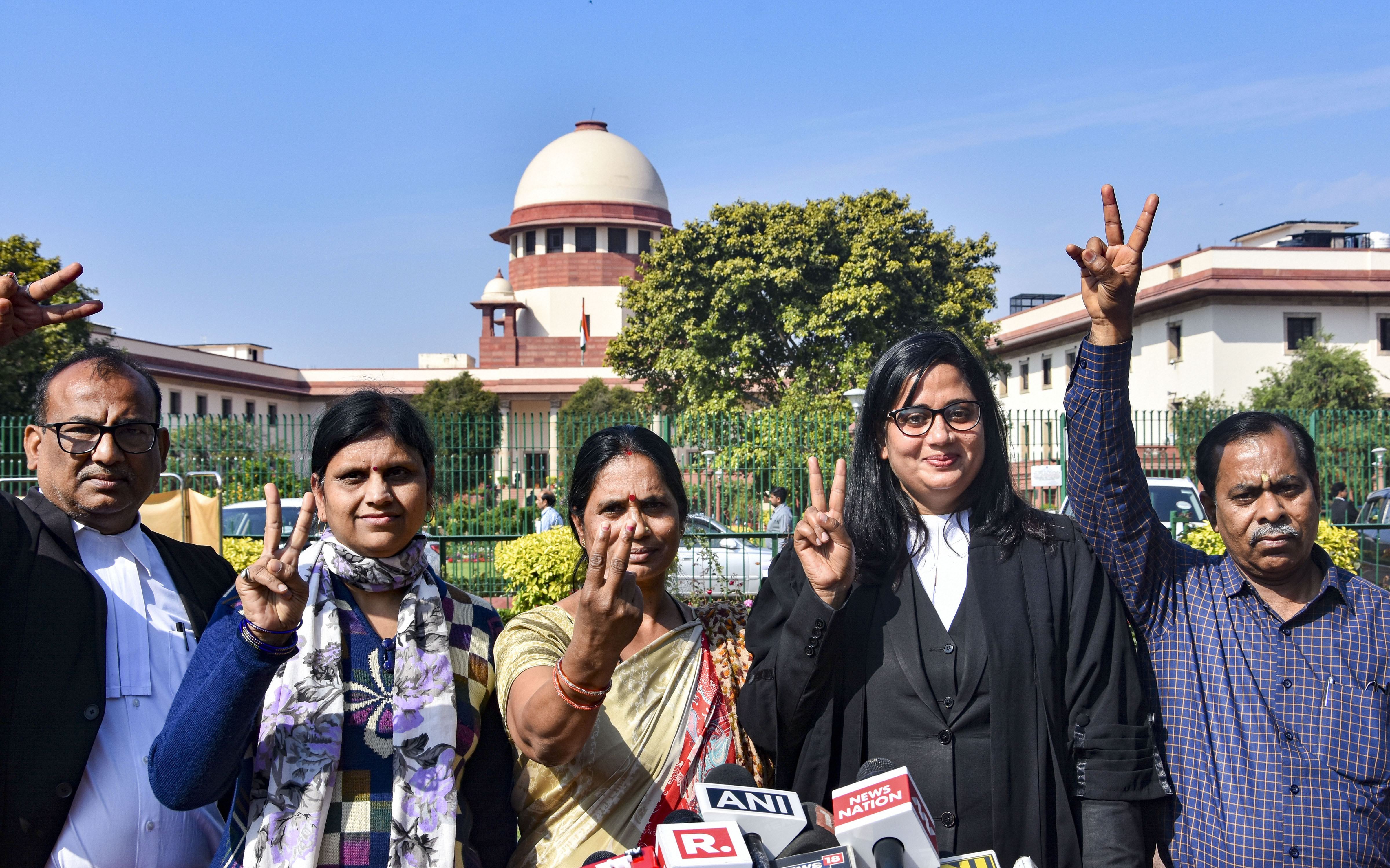 Justice has finally been done and women will definitely feel safer now, the mother of 2012 Delhi gang gape victim Asha Devi said after four men convicted the crime were hanged at Tihar Jail on Friday.

Talking to reporters at her home in Dwarka, she said justice was delayed but not denied, and added they would continue their fight for justice for India's daughters.

'We will request the Supreme Court to issue guidelines so that no one can adopt delaying tactics in such cases in future,' she said, referring to the execution of death warrants being deferred thrice by a court on various grounds.

She said women will definitely feel safer after this execution and it will also make parents teach boys to behave with women. 'After a long agonising wait, my daughter has got justice,' she said.

Hours before the execution, Gupta approached the Supreme Court to challenge the rejection of the second mercy petition by the president. In an unprecedented late-night hearing that began at 2.30am and lasted an hour, an apex court bench dismissed his plea, paving the way for the execution.

The bench also refused to pass any direction allowing Gupta and Akshay Singh meet their family members before they were sent to the gallows.

'Our faith in Constitution or judicial system was getting shaken, but that trust has been restored. This hanging will send a stern warning to criminals to dare not commit such acts,' Asha Devi said.

'My daughter will now rest in peace,' said the emotionally overwhelmed mother, appealing to all mothers to report sexual assault cases in family and society to support the daughters.

The victim's father Badrinath Singh said he and his wife haven't slept a wink, awaiting justice.

'We haven't slept the whole night, running from high court to Supreme Court late night. But, finally, the moment has arrived. Our village in Ballia will now play Holi,' he told PTI outside their home.

'Our wait for justice was painful and agonising,' he said.

Women gathered outside the Dwarka home did a countdown as the time of the execution of the four convicts neared.

This is the first time that four men have been hanged together in Tihar Jail, South Asia's largest prison complex that houses more than 16,000 inmates. The executions were carried out after the convicts exhausted every possible legal avenue to escape the gallows. Their desperate attempts only postponed the inevitable by less than two months after the first date of execution was set for January 22.