Advertisement
Home / India / 19.06 lakh people out of NRC is too low, say proponents

19.06 lakh people out of NRC is too low, say proponents 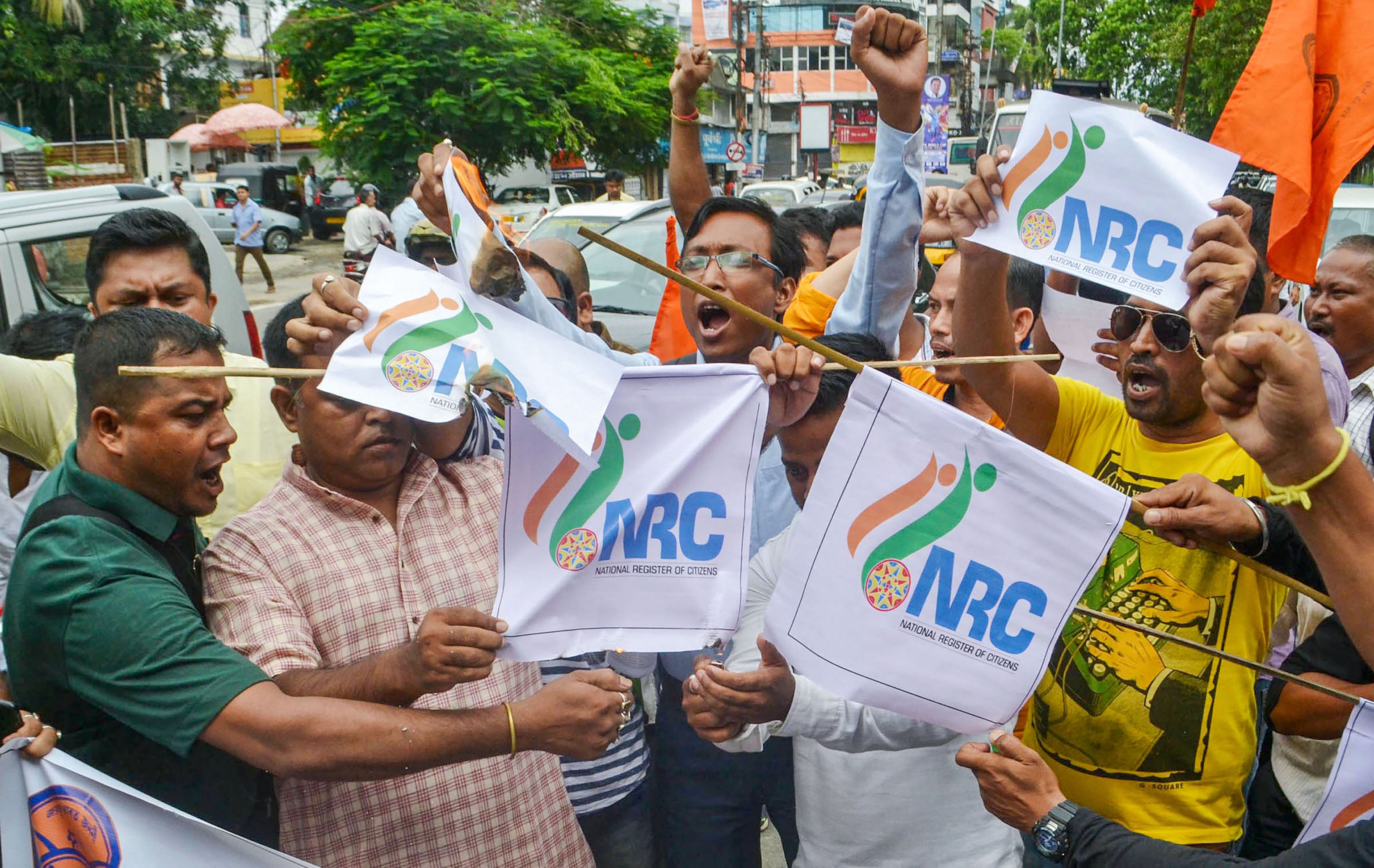 AASU's Bhattacharya called it a failure of all political parties in Delhi or Dispur. He said the parties were unsuccessful in implementing the Assam Accord of 1985. “Detection, deletion, deportation or sealing of the border, nothing has been done by the successive governments,” said Bhattacharya.

In May 1997, Indrajit Gupta, then home minister, had reportedly said there were more than 10 million “illegal immigrants” living in India, of which 40 lakh were in Assam. In a 1998 report, the then Assam governor Lieutenant General S.K. Sinha wrote: “The influx of these illegal migrants is turning these districts into a Muslim majority region.”

In 2004, then minister of state for home Sriprakash Jaiswal told the Rajya Sabha that Assam had over 50 lakh “illegal Bangladeshi migrants”.

Today’s NRC publication showed a much lower figure and that has upset the organisations.

“We feel that there may be an error in the process and that the updating process is not complete,” Bhattacharya said. “For that, we have decided to go to the Supreme court for remedy. We have full faith in the Supreme Court.”

BJP minister in Assam Himanta Biswa Sarma also trashed the NRC results and demanded a re-verification of all the districts in Assam.

I reiterate that as requested by Central and State governments at least 20% reverification (bordering districts) and 10% re-verification(remaining districts) should be allowed by Honble Apex court for a correct and fair NRC. 2/2

The proponents of the NRC in Assam are all unhappy because 19.06 lakh people being kept out of citizenship is too low a number compared to earlier estimates given by various ministers in different reports.

The All Assam Students Union, the students' body behind the movement, the Assam Public Works, an NGO that was the original petitioner in the Supreme Court, and the Sachetan Nagarik Mancha, an organisation of retired government officials and thinkers, all fumed today.

“We’re not using the word oppose,” Samujjal Bhattacharya, the AASU’s chief adviser, said. “Today’s figure is not close to the already declared figures by the government of India or Assam at different times. We had expected more and we are not happy.”

The NRC process has been closely monitored by the Supreme Court since 2013, but questions were raised about the process, the acceptance of documents, the software used and the court-appointed NRC state coordinator Prateek Hajela.

Aabhijit Sarma, the Assam Public Works president, said he repeatedly requested the Supreme Court for a reverification and even filed petitions but the state coordinator suggested to the apex court that there isn’t a need for one.

The Nagarik Mancha’s Chandan Bhattacharjya said all the blame was Hajela's. “We want an investigation of the software used in the NRC process. Wipro is a business party and are not responsible for national integration,” Bhattacharjya said.