How will change in land use status affect rules that govern the public’s access to the heritage premises, ask teachers and scholars in letter to director-general 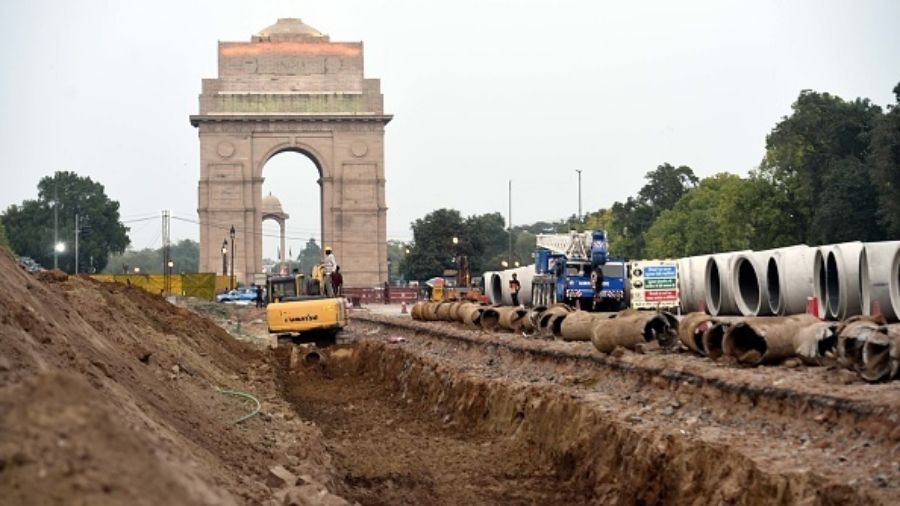 The change of land use status of the plot where a part of the National Archives of India is going to be demolished under the Central Vista project has raised concerns among historians who wonder if the facility would be accessible to them once the project is ready.

Over 100 historians from across the globe have written to the director-general of the National Archives of India and are still awaiting a response.

“Archives are the public repository of memory, the documentary evidence of the relationship between the government and its people. It is the official records of a policy, a social movement pertaining to any particular era. It is very important for the archives to be accessible to scholars and historians,” said Prachi Deshpande, associate professor of history at Calcutta's Centre for Studies in Social Sciences, who had co-drafted the letter with Bhavani Raman, associate professor of history, University of Toronto.

The Toronto-based historian said most people were unaware why the archives are important which was precisely why it was crucial tha theirletter be be discussed in public.

“Archives for us is an institution that is fundamental to democracy,” Raman said. “Who were consulted on this rebuilding? What is the plan? What will happen to the documents while the rebuilding is on, nothing has been disclosed. We are seeking answers.”

Redevelopment of the Central Vista at Rs 20,000 crore, in the heart of Lutyens’ Delhi built in the 1930s, is a pet project of Prime Minister Narendra Modi, the work on which has been going on in a war footing despite the raging pandemic that has left a devastating trail of death.

The project involves tearing down of several landmarks and government buildings along with building a new Parliament. The National Archives of India’s building and the campus was accorded Grade 1 heritage site status on October 1, 2009.

The Delhi High Court had, earlier this month, dismissed a public interest litigation filed before it against the project. The land-use status of the existing building has been changed from “public and semi-public land” to “government land” as per an order issued on March 20, 2020.

“How will this change in the land use status affect this public oriented mission, and the rules that govern the public’s access to the National Archives? We seek clarity about the reason behind this change in land use, and details about the deliberation with various stakeholders-professional historians, public consultation, expert committee-deliberation that preceded this decision,” the letter states.

The letter highlights the importance of the National Archives as an “invaluable repository of historical documents that pertain to important political, social and cultural developments across the country.”

“It belongs as much to India’s diverse citizenry and regions as it does to the sovereign state. Historians from central and state universities from all over India and the world use these papers for their research. We therefore consider your response to be essential to ensure the NAI’s future as an accessible public space for pursuing historical research by scholars and members of a diverse, multi-lingual public,” reads the letter.

The Centre had earlier stated that the existing building of the National Archives would not be demolished as it was a heritage structure.  However, the annexe building would be replaced. The Union culture minister, Prahlad Singh, had issued a statement on May 20, 2021, to assure  researchers that records would be safely stored and preserved while the annexe was being rebuilding.

The government has also remained silent on the deadline for completion of the project, though unnamed officials of the ministry of culture have been reported as saying that the projct could take till 2026 to complete.