Advertisement
Home / Health / Wisdom is best for the soul, not the teeth

Wisdom is best for the soul, not the teeth 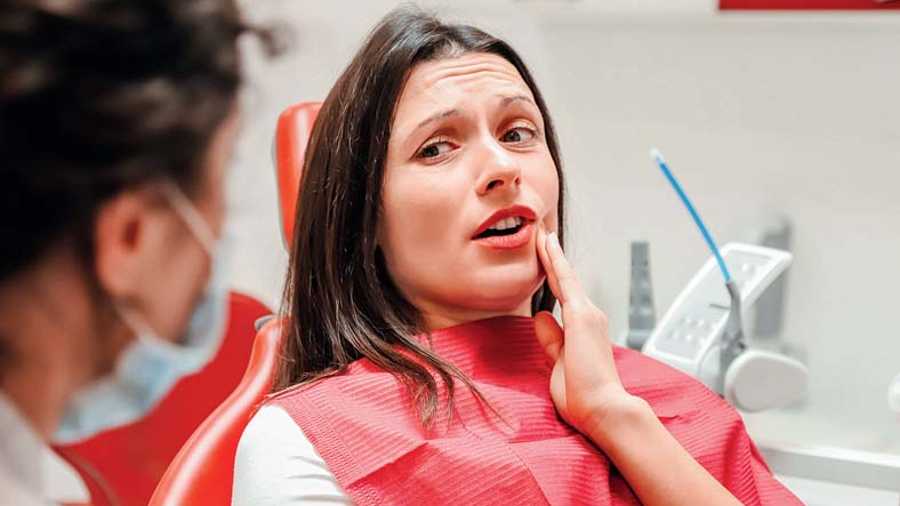 I am sorry to break this to my readers, but some things in life are lies — such as wisdom teeth. The appearance of these teeth in the mouth by no means increases your  IQ, or enhances the ability to crack that next competitive exam.

Ask anyone about the number of teeth that we have and the answer is a pronto 32. While this answer is partially true, technically we have 52 teeth. A primary set of 20 teeth known as milk teeth erupt between six and 24 months of age and fall off by the age of 12-13 years.

The next set of teeth known as permanent teeth are 32 in number  and they start appearing in the mouth by the age of six years and the process goes on until the age of 17-25.  The last four teeth to erupt at the corners of the jaws are third molars (grinders) and are also known as ‘wisdom teeth’ because they come through at a more mature age, between 17 and 25 years.

By this age, the space in the jaws has been occupied by the other 28 teeth and there is little room left for the wisdom tooth to break through the gum line and ‘settle in’ properly. They try to squeeze in unsuccessfully, causing gum pain, or get locked partially in bone and are known as ‘impacted wisdom teeth’.

While many people have experienced the pain that can come with having these teeth appear in their mouths and having them removed, not everyone gets wisdom teeth. While you need the rest of the teeth for proper function and aesthetics, you don’t need your wisdom teeth. In some individuals they erupt and settle uneventfully, but a majority of people face issues with the process, during or after the appearance of these teeth. The common problems are:

• Pain around the gums

• Food accumulation around the tooth causing a foul smell

• Unpleasant taste in the mouth

• Difficulty in opening the mouth.

Improperly erupting wisdom teeth can also contribute to a poor bite/chewing and cause pain in the joint that moves the lower jaw, known as temporo-mandibular joint (TMJ). If fluid accumulates between the developing sac and the tooth, there is a 15 per cent risk of developing a jaw cyst which expands and destroys the jaw bone causing facial disfigurement.

According to Science Line, a New York University science, health and environment news source, anthropologists believe that wisdom teeth existed to help our ancestors chew the coarse leaves, roots, nuts and raw meat that made up the human diet many years ago. As we evolved and changed our eating habits, there was no longer a need for these teeth. Our ancestors had large jaws, which could comfortably accommodate all the 32 teeth, and had a smaller forehead. As evolution progressed, we developed a larger forehead and our jaws became progressively smaller, but the number of teeth remained 32 and, hence, the last tooth to come in finds itself short of space in a relatively smaller jaw.

Pros and cons of removal

Once your wisdom teeth start to come in, you’ll know because it can be quite a painful process. You probably don’t remember the pain of teething when you were a baby, but it is quite an uncomfortable process and the same is true when your wisdom teeth come in. Most of the time, your wisdom teeth will be impacted.

According to the American Association of Oral and Maxillofacial Surgeons (AAOMS), if an impacted tooth is left in your mouth it could damage the teeth around it or become infected. This molar is very difficult to clean because it is in an awkward place in your mouth. This can cause gum disease and lead to infections and illnesses that can potentially affect the heart, lungs and other organs as well.

Studies have shown that eight in 10 young adults who kept their wisdom teeth experienced dental issues within seven years. These issues can be quite costly to fix, especially if they require gum surgery or a root canal. This is why it may be a better idea to simply have troublesome wisdom teeth removed early on.

At least, a primary assessment of these teeth needs to be done by a specialist oral and maxillofacial surgeon to decide of the potential risk of further problems. The specialist may either decide to keep it under observation, or advise elective removal, which could be a simple extraction or a surgical removal.

• Symptom-free wisdom teeth may not be free of disease

• If there isn’t enough space for the teeth to erupt, it’s often hard to get to them and clean them properly

• The procedure becomes more difficult and is more likely to cause complications later in life, particularly among older adults.

Wisdom tooth extractions may cause some pain and bleeding as well as swelling of the site or jaw. Temporarily, some people have trouble opening their mouth wide due to swelling of the jaw muscles. You’ll receive instructions for caring for wounds and for managing pain and swelling, such as taking pain medication and using cold compresses to reduce swelling.

Much less commonly, some people may experience painful dry socket, or exposure of bone if the post-surgical blood clot is lost from the socket. There may be infection in the socket from bacteria or trapped food particles. They can cause damage to nearby teeth, nerves, lip tongue and jawbone.

In summary, there is no wisdom in retaining troublesome wisdom teeth as long-term effects can cause more discomfort and be expensive to correct. 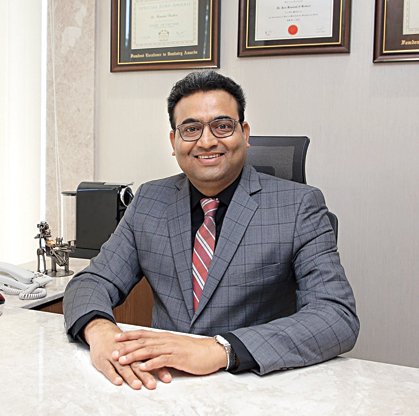 Dr Kamlesh Kothari is a dental,oral and maxillofacial surgeon and is the clinical director of Aesthetica. He can be reached at 9830183000, or drkothari@happyface.co.in, or  www.aesthetica.co.in