When motion makes you sick 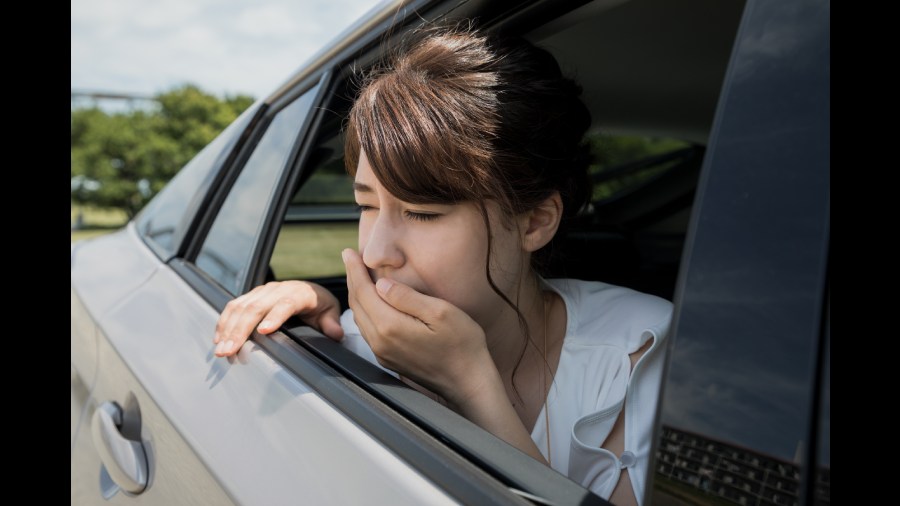 Travel by road, air or boat is stressful enough without the added tension of either suffering from motion sickness or travelling with a companion who suffers from it. The retching, nausea and actual vomiting are unpleasant.

Motion sickness occurs because of imbalances in the sensory feedback received by the brain. The eyes perceive motion but the body’s peripheral nerves detect that the person is seated motionless. In addition, the inner ear, responsible for balance and motion, sends conflicting signals to the brain. This is because the endolymph (liquid) in the ear rocks back and forth with the vehicle’s movement. The brain cannot reconcile these conflicting inputs and responds as if the body is in danger. The heart beats faster; there may be sweating, a feeling of fainting, retching and nausea. The vomiting that ensues may be uncontrollable and continuous.

Today, the same “motion sickness” can be precipitated by flight stimulators, 3D movies or glasses and amusement park rides.

One out of three people gets motion sickness at some time in their lives. It does not affect children under two because of their immature nervous system. It usually disappears spontaneously by the age of 12. Motion sickness runs in some families. It is more likely to occur in women, especially if they are pregnant or using birth control pills. Chronic ear infections and migraines also make people more susceptible.

It is better to try and prevent motion sickness rather than trying to tackle a full-blown attack. Several medications can help with this, including Dramamine, Avomine, Phenergan and Benedryl. Medication needs to be taken two to three hours before travel. If taken after the queasy feelings have started, they can be vomited, rendering the medication useless. Although the medicines stop nausea and vomiting, they may cause drowsiness.

Once travel has started:

Before travel, avoiding heavy meals and fried oily or spicy foods is important. Many people find eating ginger stops the vomiting. Ginger can be taken as ginger tea. Ginger essence and flavouring added to soft drinks do not work as well. Peppermint lozenges and sweets also help as the aroma of the mint is soothing. Sniffing lime or lemon also helps.

There is an acupressure point below the crease of the wrist called nei-guan. Stimulation of this site prevents nausea. It also works in the morning sickness of pregnancy. It is performed by the individual or caretaker by applying firm pressure below the crease of the left wrist using the right hand’s index, middle and ring fingers. Press firmly for four to five seconds. Then repeat on the right wrist with the left hand.

Acupressure bracelets (Psi bands) are available online for both wrists. Acupressure patches are also available, which can be worn behind the ear. They may contain the chemical scopolamine or natural herbal products.

In severe and intractable cases, acupuncture can be done either using needles or electrical stimulation.

Children usually grow out of motion sickness as their nervous system matures. It may, however, sometimes return later in life, particularly in pregnant women.

The writer has a family practice at Vellore and is the author of Staying Healthy in Modern India. If you have any questions on health issues please write to yourhealthgm@yahoo.co.in