What’s behind the runner’s high

For years, experts have been crediting endorphins, but it’s really about the endocannabinoids 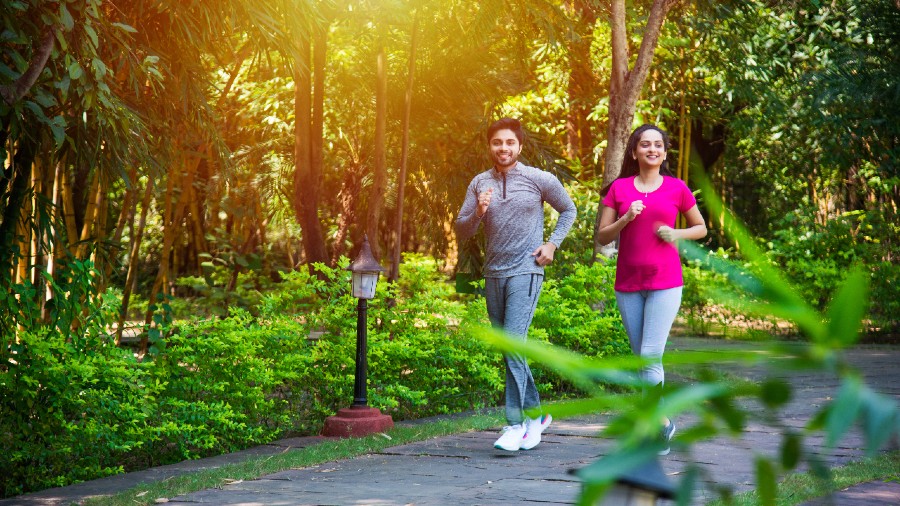 We can stop crediting endorphins, the natural opioid painkillers produced by our bodies, for the floaty euphoria we often feel during aerobic exercise, according to a new study. In the study, runners developed a gentle intoxication, known as a runner’s high, even if researchers had blocked their bodies’ ability to respond to endorphins, suggesting that those substances could not be behind the buzz. Instead, the study suggests, a different set of biochemicals resembling internally homegrown versions of cannabis, better known as marijuana, are likely to be responsible.

In surveys and studies of experienced distance runners, most report developing a mellow runner’s high at least sometimes. The experience typically is characterised by loose-limbed blissfulness and a shedding of anxiety and unease after half an hour or so of striding. In the 1980s, exercise scientists started attributing this to endorphins, after noticing that blood levels of the natural painkillers rise in people’s bloodstreams when they run.

More recently, though, other scientists grew sceptical. Endorphins cannot cross the blood-brain barrier, because of the molecular structure. So, even if runners’ blood contains extra endorphins, they will not reach the brain and alter mental states. It also is unlikely that the brain produces more endorphins during exercise, according to animal studies.

Endocannabinoids are a likelier intoxicant, the scientists believed. Similar in chemical structure to cannabis, the cannabinoids made by our bodies surge in number during pleasant activities, such as orgasms, and also when we run, studies show. They can cross the blood-brain barrier, too, making them viable candidates to cause any runner’s high.

A few past experiments had strengthened that possibility. In one 2012 study, researchers coaxed dogs, people and ferrets to run on treadmills, while measuring their blood levels of endocannabinoids. Dogs and humans are possessed of bones and muscles well adapted to distance running. Ferrets are not, and they did not produce extra cannabinoids while treadmill running. The dogs and people did, though, indicating that they most likely were experiencing a runner’s high and it could be traced to their internal cannabinoids.

That study did not rule out a role for endorphins, however, as Dr Johannes Fuss realised. The director of the Human Behavior Laboratory at the University Medical Center Hamburg-Eppendorf in Germany and his colleagues looked more closely into the runner’s high.

They began with mice, which are eager runners. For a 2015 study, they chemically blocked the uptake of endorphins in the animals’ brains and let them run, then did the same with the uptake of endocannabinoids. When their endocannabinoid system was turned off, the animals ended their runs just as anxious and twitchy as they had been at the start, suggesting that they had felt no runner’s high. But when their endorphins were blocked, their behaviour after running was calmer, relatively more blissed-out. They seemed to have developed that familiar, mild buzz, even though their endorphin systems had been inactivated.

Mice emphatically are not people. So, for the study, published in Psychoneuroendocrinology, Dr Fuss and his colleagues set out to replicate the experiment, to the extent possible, in humans. Recruiting 63 experienced runners, male and female, they invited them to the lab, tested their fitness and current emotional states, drew blood and assigned half to receive naloxone, a drug that blocks the uptake of opioids, and the rest, a placebo. (The drug used to block endocannabinoids in mice is not legal in people, so they could not repeat that portion.)

The volunteers then ran for 45 minutes and, on a separate day, walked for the same time. After each session, the scientists drew blood and repeated the psychological tests. They also asked the volunteers whether they thought they had experienced a runner’s high.

Most said yes, they had felt buzzed during the run, but not the walk, with no differences between the naloxone and placebo groups. All showed increases, too, in their blood levels of endocannabinoids after running and equivalent changes in their emotional states. Their euphoria after running was greater and their anxiety less, even if their endorphin system had been inactivated.

The study does not explain, though, why a runner’s high exists at all. Dr Fuss suspects the answer lies in our evolutionary past. “When the open savannas stretched and forests retreated,” he says, “it became necessary for humans to hunt wild animals by long-distance running. Under such circumstances, it is beneficial to be euphoric during running,” a sensation that persists among many runners today.