Advertisement
Home / Health / What if? 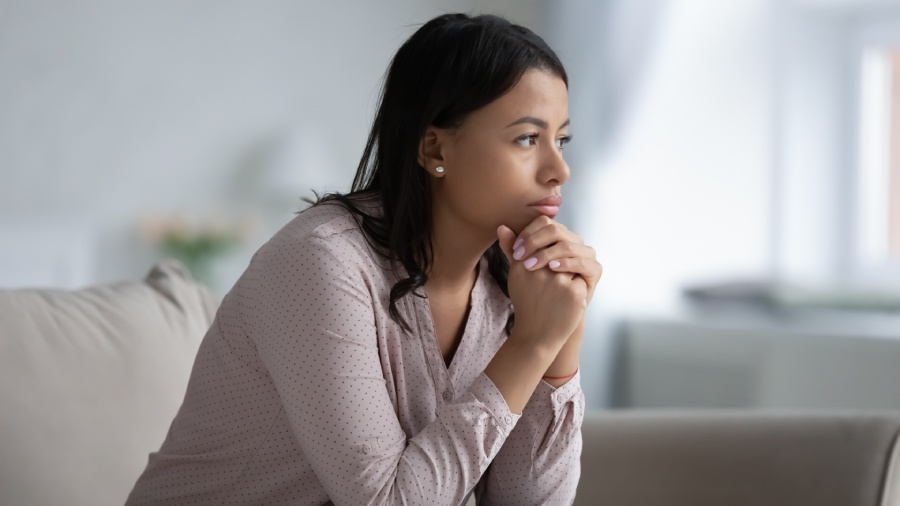 At school pickup, Janet Perez always looks for the neon orange backpack that makes her sixyear-old son, Jayden, so easy to spot. But on a recent spring afternoon in Perris, California, US, she couldn’t find him. Her first response was primal: someone had kidnapped him. Then she tried to remember what he had been wearing and realised she wasn’t sure if she had even dropped him off that morning. A familiar dread washed over her: was it finally happening? Was her forgetfulness an early sign that she had her mother’s illness, Alzheimer’s disease?

Ten long minutes after she had arrived at school, Jayden appeared. Perez then remembered that her sister had brought him to school that morning.

Even though a nurse practitioner has since attributed her memory lapses to stress, the fear of forgetting looms large over Perez. “What if this is my destiny, and this is what’s going to happen to me?” she asked on a recent morning as she sat beside her mother, Rita Perez, who has Alzheimer’s. The elder Perez used to run a beauty parlour but now needs help with simple daily tasks.

Janet Perez, 35, would be an extremely young person to have Alzheimer’s — in most cases, symptoms appear after age 65 — and no one else in her large Mexican American family has the condition. Still, she knows the impact of dementia, an umbrella term for many illnesses that cause the deterioration of brain function, in her community.

But thanks to expanded awareness of Alzheimer’s, the most common form of dementia, it regularly ranks in consumer polls as one of the most feared diseases. Among relatives who have watched the disease’s progression in a loved one, the perceived threat can be even greater, research has shown.

Shannon Spindler, a 47-year-old library assistant whose father has the disease, which killed his own father, started to cry recently when she misplaced a book. “Oh, dear God, is it coming for me?” wondered the Springfield, Missouri, US, resident.

Each birthday brings Mark Applegate, now 51, closer to 65, the age when his mother was diagnosed. She is now in a hospice, sleeping most of the time. While Applegate, an IT director from Bolivar, Missouri, US, is not thinking about Alzheimer’s constantly, “it’s in the back of my mind that it’s already in the process for me”, he said.

For Amber Barber of Lebanon in Oregon in the US, it’s the image of her 77-year-old father on his deathbed last year that haunts her, as does her fear that she’ll be next. “I don’t have memory problems, but the scary thing for me was watching how fast he went,” said Barber, 46, a programme management director at a software consulting company.

Concern has driven many family members to get assessed. “You get the people who reframe their fear into a positive by doing lifestyle activities that may be a benefit to them,” said Dr David Wolk, professor of neurology at the University of Pennsylvania and director of the Penn Alzheimer’s Disease Research Center, both in Philadelphia in the US.

But fear can also make it harder for people who are currently healthy to enjoy their lives right now.

Genetics play a more significant role for those with early-onset familial Alzheimer’s, also referred to as dominantly inherited Alzheimer’s. This form of the disease affects only 1 per cent to 2 per cent of the general population, and generally appears before the age of 65. Anyone with a parent who carries the gene defect responsible for it has a 50 per cent chance of inheriting the gene defect, which will lead to a high chance of getting this form of Alzheimer’s disease.

However, the greatest risk factor for the most common form of the disease, late-onset Alzheimer’s, is not family history; it’s simply getting older. Above the age of 85, it affects a third of adults.

For those people who notice persistent memory lapses, the next step may be an evaluation. “You should only go to see the doctor if you have the feeling that this is a sustained change,” said Dr Frank Jessen, a researcher with the German Center for Neurodegenerative Diseases in Göttingen, Germany, who studies subjective cognitive decline.

Just to be safe, Perez decided to quit drinking and began to exercise regularly.

Addressing so-called “modifiable risk factors” — such as high blood pressure, low physical activity and frequent alcohol consumption — can possibly prevent or delay up to 40 per cent of dementia cases, according to a 2020 report by the Lancet Commission on dementia, prevention and care, which identified and ranked 12 factors associated with lowering one’s risk for cognitive decline. Correcting any hearing loss and quitting smoking are also high on the list.

Experts place special emphasis on staying cognitively active throughout life: learning to play an instrument, travelling to new places, or simply doing stimulating work — “engaging your brain in any way”, said Dr Gill Livingston, lead author of the Lancet Commission report and a professor of psychiatry of older people at the University College London in the UK.