Transient ischemic attacks: A stroke is a stroke

TIAs, need to be taken more seriously. And the first step in doing so is a name change 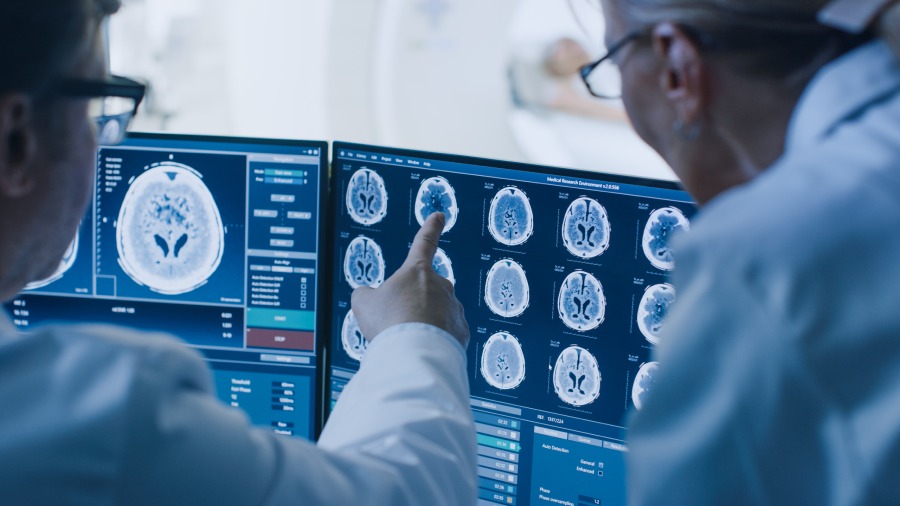 The advent of brain imaging has shown that many TIAs, sometimes called ministrokes, cause visible and permanent brain damage
Shutterstock
Paula Span   |   Published 08.06.22, 03:40 AM

On a recent afternoon in Bastrop, Texas, US, Janet Splawn was walking her dog, Petunia, a Pomeranian-Chihuahua mix. She said something to her grandson, who lives with her and had accompanied her on the stroll. But he couldn’t follow; her speech had suddenly become incoherent.

“It was garbled, like mush,” Splawn recalled a few days later from a hospital in Austin, Texas. “But I got mad at him for not understanding. It was kind of an eerie feeling.” People don’t take chances when 87-year-olds develop alarming symptoms. Her grandson drove her to the nearest hospital emergency room, which then transferred her to a larger hospital for a neurology consultation.

The diagnosis: a transient ischemic attack, or TIA.

For decades, patients have been relieved to hear that phrase. The sudden onset of symptoms like weakness or numbness (often on one side), loss of vision (often in one eye) and trouble with language (speaking, understanding or both) — if resolved in a few minutes — is considered “transient”. Whew!

But in a recent editorial in JAMA, two neurologists called for doctors and patients to abandon the term transient ischemic attack. It’s too reassuring, they argued, and too likely to lead someone with passing symptoms to wait until the next morning to call a doctor or even let a whole week go by before arranging an appointment. And that is dangerous.

Better, they said, to call a TIA what it really is: a stroke. More specifically, a minor ischemic stroke.

Until recently, TIAs “were played down”, said Dr J. Donald Easton, a neurologist recently retired from the University of California, San Francisco, US, and one of the authors of the JAMA editorial. “The person thinks, ‘Oh, it’s over. It goes away, so all is well.’ But all is not well. There’s trouble to come, and it’s coming soon.”

The advent of brain imaging — CT scans in the late 1970s, then the more precise MRIs in the 1990s — has shown that many TIAs, sometimes called ministrokes, cause visible and permanent brain damage.

“Very quickly, nerve cells and their connections start to die,” Dr Easton explained. And the risk of a subsequent stroke, possibly a much more severe one, is highest within the first 24 to 48 hours.

He and his co-author on the editorial, Dr S. Claiborne Johnston, a neurologist at the University of Texas at Austin and former dean of its medical school, want people who experience these episodes to head for an emergency room, stat.

Dr Jeffrey Saver, a stroke neurologist at the University of California, Los Angeles (UCLA), US, called the proposed change in nomenclature “an intriguing, radical and potentially good idea”.

But will healthcare professionals change their terminology? “The TIA concept is deeply entrenched in medical thinking,” Dr Saver said. “It’s the kind of idea that will gather adherents slowly.”

He supports the change, however, because “it reflects what we’ve learned over the last two decades — even very brief episodes of low blood flow to the brain lead to damage” and because calling such episodes “minor strokes” may lead patients to respond more quickly.

“The treatments for ischemic stroke are very time-dependent,” he explained. “Every minute counts towards getting a better outcome.”

In an emergency room or specialised stroke centre, patients undergo a brain scan to be sure that their symptoms resulted from a minor stroke rather than from a condition that can mimic it, such as a seizure or a migraine.

Patients who have suffered minor strokes usually start taking two drugs, typically aspirin and clopidogrel, which prevent clotting. (Some may need other medications or a surgical procedure, like a stent placement.)

After three weeks, when the highest risk for another stroke has passed, most continue with just one drug, usually a lowdose aspirin.

Twenty years ago, when Dr Johnston led an early study of stroke risk after a TIA, 10.5 per cent of patients suffered another stroke within three months; half of those occurred within the first two days.

That rate has declined substantially, thanks to improved treatments for stroke, lower smoking rates, and the widespread use of cholesterol and blood pressure drugs and blood thinners. Recent studies in The New England Journal of Medicine have put the risk of a subsequent stroke, coronary syndrome or death after a TIA at 6.4 per cent in the first year and another 6.4 per cent in years two through five.

For neurologists, however, that is still high, given how devastating a major stroke can be. A name change for TIAs might lead to quicker responses that further reduce the rate of subsequent stroke risk.

Patients treated appropriately for minor strokes will remain at a higher-than-normal risk for another stroke, especially in the first year, Dr Saver said. But “by two or three years out, the risk is just a little higher than for folks who never had a TIA or a minor stroke.”