Advertisement
Home / Health / To eat or not to eat

To eat or not to eat

Don’t give up cucumbers, tomatoes and spinach to fight high uric acid. Instead avoid sugar, chocolate and alcohol 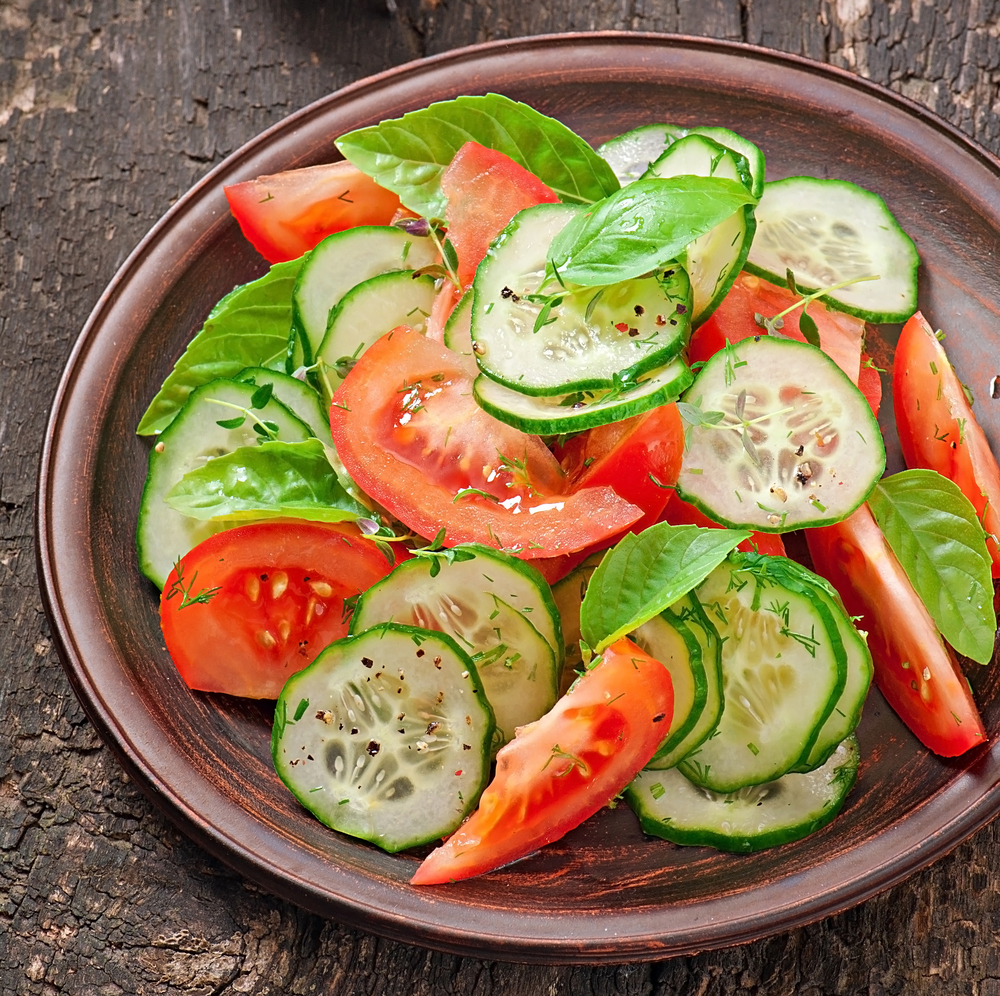 What we eat, especially fruits, vegetables and even pulses, have little to do with rising or lowering of uric acid levels.
(Shutterstock)
Moumita Chaudhuri   |   Published 27.03.19, 06:39 AM

It is a common belief that the level of uric acid in the blood depends on the kind of vegetables and proteins we consume in our daily life. And higher levels of it lead to aches and pains. So when your feet swell up or your back starts hurting, it is the tomato in the fish curry that gets the blame or the cucumber and onion in the salad or the pomegranate in the raita. If your uric acid levels are really high, it may actually be the alcohol you consumed or even that half-a-bar of chocolate.

Uric acid is a chemical in our body, high levels of which might cause chronic problems such as gout or arthritis. Excessive amounts in the body may result in an accumulation of urate crystals in the joints, resulting in acute pain. High uric acid levels in the urine might result in kidney stones and may even be a sign of something as grave as nephropathy or kidney malfunction.

In fact, says orthopaedic surgeon Dr Tanmay Datta, “In cases where patients suffer from nephropathy, uric acid might get accumulated in the body, resulting in joint pains.”

But it turns out what we eat, especially fruits, vegetables and even pulses, have little to do with rising or lowering of uric acid levels.

Ranjini Datta, dietician and head of the department of clinical dietetics and community nutrition, KPC Medical College and Hospital, Calcutta, has come across many people with high uric acid levels who have given up eating leafy greens, all kinds of seeded vegetables and fruits (cucumber, tomato, brinjal, lady’s finger, pomegranate, watermelon) and also all kinds of pulses because they think that consumption of these lead to the increase of uric acid levels. “It is a misconception,” she explains. “Strangely, people also believe that any plant in the category of nightshade plants (that grow in shady places and have the chemical, solanine, which apparently aggravates uric acid) will increase one’s level of uric acid,” she continues.

Dr Datta, an associate professor at the Institute of Post-Graduate Medical Education and Research (IPGMER) in Calcutta, clarifies, “Rise in uric acid levels in not directly proportional to the food we eat. The chemical also increases if there is an overproduction of it in the body or under-excretion of it from the body [such as in nephropathy].”

Says Dr Bastab Ghosh, senior consultant urologist and uro-oncosurgeon at AMRI Hospital in Dhakuria, Calcutta, “In a few cases, the uric acid levels fluctuate due to a genetic syndrome. There are two enzymes in our body whose deficiency might result in a high range of uric acid.” Drugs used to treat cancer or thalassemia can also make uric acid levels shoot up. “Some chemotherapy drugs and thiazide diuretics (commonly used as anti-hypertensives) can cause hyperuricemia or high serum uric acid,” Dr Ghosh says.

Dr Datta believes that although fruits and vegetables cause no harm, some foods should be avoided by those with high levels of uric acid. “It is essential to control a few things that are high in purine such as beer, red meat and shellfish,” he says.

What exactly is purine? “Purine is formed by breaking down the protein that we consume,” explains dietitian Datta. “The higher the amount of purine in the body, the higher the chances of increase in serum uric acid. But purine is formed from not only what we eat, it is also produced in the body.” While the purine produced from the breakdown of food is naturally excreted, it is controlling the endogenous purine that is the problem. Chocolates and alcohol activate the production of endogenous purine metabolism and disturb the blood uric acid level. Simple carbohydrates such as sugar also increase endogenous purine metabolism. Therefore it is best to avoid them, especially if your uric acid level tends to be high.

To the list of foods to avoid, Dr Ghosh adds liver, crabs, beans, peas, asparagus, spinach and mushrooms. “But that does not mean that you should reduce all kind of protein intake. Milk and eggs are low in purine. Plant protein is good; dairy products and lean fishes can be had,” he says.

The other thing you ought to have is coffee. “Coffee helps keep uric acid levels in control and so does Vitamin C,” says Dr Datta.

Not having enough pulses or vegetables may lead to deficiencies in Vitamin B, niacin or Vitamin B3 and folic acid. Niacin deficiency might result in pellagra —which leads to dementia, diarrhoea and dermatitis, also known as “the three Ds”. Low folic acid levels might make one anaemic. It is therefore best to follow a balanced diet and eat a little of everything unless your doctor specifically forbids it.