T-Factor: Why more men are seeking out testosterone tests 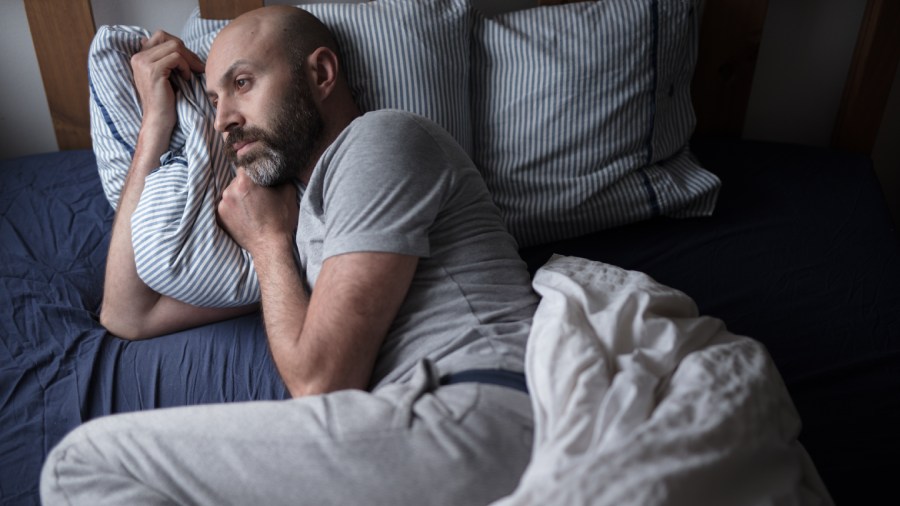 In his early 30s, David Becker started feeling lousy. He was constantly tired, his interest in sex took a plunge and he lacked the motivation to do anything outside of work. “Life just felt bleak,” he said. Becker, a nurse in Tulsa, Oklahoma, US, consulted a doctor who ran a variety of blood tests and suggested antidepressants. But Becker didn’t want drugs, so he did what many people who are unhappy with a diagnosis do: a Google search. He decided his symptoms indicated low testosterone, a condition tied to fatigue, flagging mood and a reduced sex drive.

His doctor had tested his testosterone, putting it at about 400 nanograms per decilitre (a unit used to measure tiny concentrations of liquid). It was within a typical male range, albeit on the lower end. Still, Becker began looking for ways to boost it. He started lifting weights, ate more healthy fats and made a point of sleeping eight to nine hours every night. “It kind of became an obsession,” he said.

Men have been drawn to virility enhancement for centuries, either to treat diseases or restore youthful vigour. Today, many have turned to increasing their testosterone levels (whether through lifestyle changes, supplements or pharmaceuticals) to give them confidence, fight ageing, raise physical or mental performance and generally help them feel their best.

Typically this starts with testing, then often leads to testosterone replacement therapy through a doctor or specialised “low T” clinic. During the pandemic, however, more men struggling with feelings of malaise have turned to virtual options for testosterone testing and treatment.

Testosterone plays an important role in overall health, regardless of a person’s sex. The hormone is sometimes prescribed off label to treat low sex drive in postmenopausal women and is a key part of gender-affirming care for transgender and nonbinary people. Advertising around the benefits of optimising testosterone, however, typically targets those assigned the male sex at birth.

In males, testosterone is mainly produced in the testes, and regulated by the brain’s hypothalamus and pituitary gland. Men with blood tests consistently showing low testosterone levels, along with signs or symptoms such as a depressed mood, lack of energy, low bone density, erectile dysfunction or decreased sex drive, meet the criteria for an endocrine condition called hypogonadism.

Different countries and professional organisations have slightly different cutoff points in diagnosing the condition, but generally a concentration below 250 or 300 nanograms per decilitre of blood is considered low, said Dr Shalender Bhasin, an endocrinologist and professor of medicine at Harvard Medical School.

The difference between healthy and unhealthy levels is rarely clear-cut, however. Men with testosterone levels above 300 can still have a deficiency and a low testosterone level may not produce symptoms. “It’s all a continuum,” said Elizabeth Platz, professor of epidemiology at Johns Hopkins University’s Bloomberg School of Public Health, US, who has studied testosterone. Researchers have defined a typical healthy range, but they have yet to determine a specific number within it that is optimal for any given man, she said.

Hypogonadism also has several underlying causes, but experts disagree about whether all should be treated with testosterone. The US Food and Drug Administration has approved testosterone products for hypogonadism caused by conditions that affect the testes, pituitary gland or hypothalamus, which affects less than one per cent of men, said Dr Bradley Anawalt, a reproductive endocrinologist at the University of Washington School of Medicine, US. But many men have low testosterone for others reasons: a high body mass index; a sedentary lifestyle; certain drugs; and conditions such as sleep apnoea, diabetes and anaemia. Levels also tend to decline as men age.

As testosterone declines, some men may experience a low libido, depressed mood or decreased energy even if their levels are not technically low, Dr Anawalt said, adding that some doctors will not prescribe testosterone to these men, but others might.

A drop in testosterone from the high end of normal to the lower end doesn’t always indicate a problem. Testosterone levels fluctuate from day to day, and even within a single day. Some tests are also notoriously inaccurate, Dr Anawalt said.

Some hypogonadal men report that taking testosterone increases their energy and ability to concentrate, but the effect may be small and results have been mixed. A set of clinical trials in 2018 found that testosterone treatment did not improve cognition or fatigue in older men with low levels of the hormone.

For men whose levels already fall within the normal range, the evidence-backed benefits of increasing testosterone are limited, Dr Bhasin said. Raising levels within the typical range can increase muscle size and strength, which is the reason some bodybuilders take heavy doses. But even gaining muscle is not a given.

Still, some find it tempting to try. For some, however, the side effects of testosterone therapy are more serious. Over time, it can suppress a man’s natural ability to produce the hormone and lead to infertility. In 2015, the FDA put out a warning that testosterone might increase the risk of cardiovascular events.

Long-term studies on testosterone therapy’s safety are lacking, however. “In the absence of clear evidence that it’s safe, we wouldn’t want to just prescribe it willy-nilly,” Dr Anawalt said.