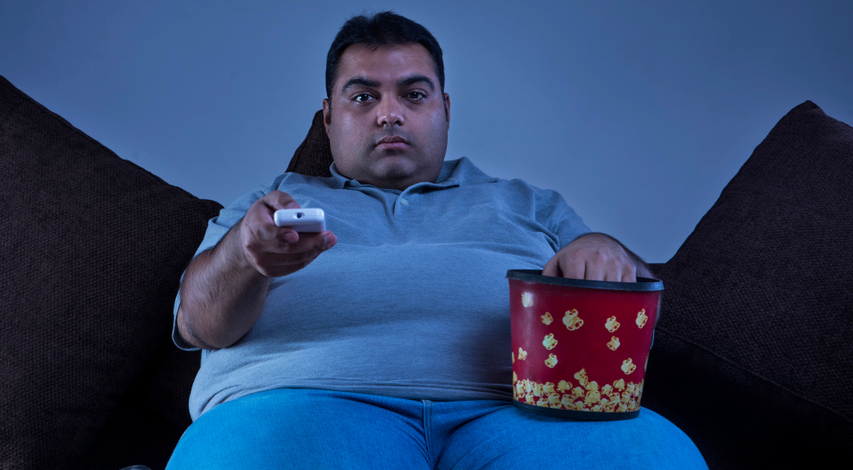 Syndrome X is suspected in people with excess abdominal fat, which gives them a paunch. They wind up with a silhouette like an apple or a pear. The waist circumference is 35 inches or more in women and 40 inches or more in men.
Shutterstock
Dr Gita Mathai   |     |   Published 01.01.19, 06:55 PM

Indians these days are becoming obese and developing lifestyle diseases such as diabetes and hypertension. What is worse, some are embarking on this downward spiral at a young age. They can lay the blame at the door of their genes. Bad genes do predispose people to these problems but lifestyle changes can keep these diseases at bay.

Early signs of diabetes may appear during teenage years. There may be abdominal obesity and raised, velvety, hyperpigmented patches on the nape and on the folds of the elbow. Unfortunately, parents do not recognise these danger signals. Physical activity is given up in favour of school and tuitions, as academic excellence is required in competitive India. Also, children seem to survive on junk and fastfood and high-calorie fizzy drinks, which adds to the problem.

Syndrome X is suspected in people with excess abdominal fat, which gives them a paunch. They wind up with a silhouette like an apple or a pear. The waist circumference is 35 inches or more in women and 40 inches or more in men. This is not just aesthetically displeasing but also dangerous, as fat from the belly can reach the heart easily and directly, causing a heart attack. Blood pressure is consistently raised to 135/85 or more. Fasting blood sugar is more than 100mg/dL. Triglyceride levels are more than 150 mg/dL. High-density lipoproteins (HDL) are less than 50 mg/dL for a woman or less than 40 mg/dL for a man. The presence of any three of these five criteria is sufficient to diagnose metabolic syndrome.

Teenagers with metabolic syndrome are more frequently ill than their peers and often suffer from depression. Their academic performance is not as good as expected because of their poor retention and recall powers. An MRI scan of their brains shows a hippocampus smaller than in their peers. (The hippocampus is the centre for memory and recall.)

The fat accumulated in the body causes insulin resistance, leading to diabetes. It is all downhill from there. A lot of the fat gets accumulated in the liver, producing a “fatty liver”. This can cause inflammation in the liver, damaging it and leading to cirrhosis and, finally, liver failure. The fat can enter the bile duct and become deposited in the gall bladder, producing gallstones. It can get stored around the ovary, disturbing its egg-releasing cycle. PCOS (polycystic ovarian syndrome), menstrual irregularities and infertility can result.

A faulty diet and lack of physical exercise are the main culprits for the development of Syndrome X. The diet has to be carefully monitored, especially in teenagers. Fastfood and unhealthy snacks should be restricted to one day a week. Substituting “diet drinks” for sweetened colas and using sugar substitutes is even more detrimental. Studies have shown that they can worsen insulin resistance and cause sugar spikes in the blood.

There should be at least 4-6 helpings of fruits and vegetables per day in the diet while salt, fat and red meat should be reduced.

All humans require an hour of aerobic activity — such as running, jogging, dancing, walking or swimming — preferably seven days, at least five days, a week. Children should start an exercise regimen once they are in Class I and keep it up the rest of their life. Quite often, video games are considered sufficient recreational activity. But this is an idle pastime, which does not contribute to physical health or mental well-being.

Once metabolic syndrome is recognised and remedial steps taken and maintained, the abnormal biochemical parameters can be reversed as can be the progress of dangerous lifestyle diseases.

The writer is a paediatrician with a family practice at Vellore and author of Staying Healthy in Modern India.

If you have any questions on health issues, please write to yourhealthgm@yahoo.co.in