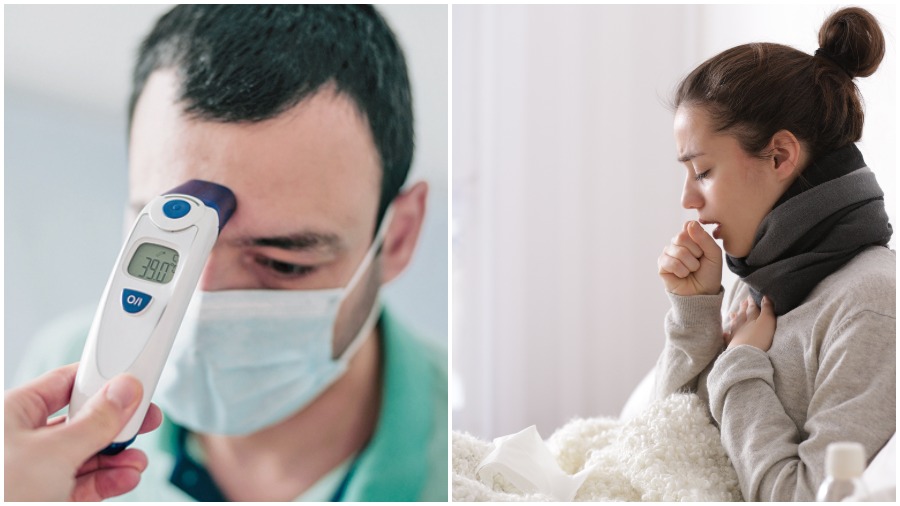 In this hyper-connected world, one must be living under a rock if he hasn’t heard of ‘black fungus’, which is medically known as mucormycosis. This fungal infection has gained notoriety of late due to a sudden surge in the numbers across India over the past few weeks. It is time to decode this disease and learn more about this rare but dangerous infection.

Fungus (plural: fungi) are parasitic microorganisms that obtain nourishment from the products of organic breakdown and decay. They are everywhere and generally too small to be seen with the naked eye. Fungi can live outdoors in soil and on plants, indoors on surfaces, in the air and on people’s skin and inside the body.

They play a very important role in our ecosystem along with bacteria by degrading organic matter into simpler forms for the consumption of plants.

There are approximately 144,000 types of fungal species, but only a few hundred of them can make people sick. Common examples of fungus that we see in our day-to-day lives are moulds, soil, rotting food or bread, compost piles, mushrooms and yeast. Every one of us comes into contact with fungus almost every day, but we don’t fall sick since our immune system is able to tackle them well. A weakened immune system is seen by the fungus as an opportunity to invade the body and grow and, hence, most fungal infections are called ‘opportunistic infections’. A common example of a fungal infection is a ringworm skin rash.

The medical names for the  common types of fungi that cause infections in humans are candida, Aspergillus, Cryptococcus, Histoplasma and mucormycetes. Mucormycosis is a serious infection — with an overall mortality rate of 54 per cent — caused by a group of moulds called mucormycetes. Untreated mucormycosis has a very high mortality rate (up to 90 per cent in some studies). These fungi live throughout the environment, particularly in soil and in decaying organic matter such as leaves, compost piles or rotten wood. The first case of mucormycosis in humans was described in 1855 by German physician Friedrich Kuchenmeister. This disease attacks the blood vessels and infects them and kills the tissues by strangulating the blood supply. The dead tissue appears black, hence the name ‘black fungus’.

It is common for mucor to be present in the air passages and nose in healthy individuals. Risk-prone individuals get mucormycosis mainly by coming in contact with the fungal spores in the environment by inhaling them or through a cut in the wound from the soil. These forms of mucormycosis usually occur in people who have health problems or take immunity-lowering medicines (such as steroids) that lower the body’s ability to fight germs and sickness.

• Rhino-cerebral (sinus and brain) mucormycosis is an infection in the sinuses that can spread to the brain. This form of mucormycosis is most common in people with uncontrolled diabetes and in people who have had a kidney transplant. It is caused by inhaling spores.

• Pulmonary (lung) mucormycosis is common in people with cancer and in people who have had an organ transplant or a stem cell transplant.

• Gastrointestinal mucormycosis is more common among young children than adults, especially premature and low birth weight infants less than one month of age who have had antibiotics, surgery, or medications that lower the body’s ability to fight germs and sickness.

• Cutaneous (skin) mucormycosis occurs after the fungi enter the body through a break in the skin (for example, after surgery, a burn, or other type of skin trauma).

• Disseminated mucormycosis occurs when the infection spreads through the bloodstream to affect another part of the body.

The infection can happen to anyone at any age, but one is  more likely to get sick if they have a weakened immune system because of a medication or poor health condition such as:

• HIV or AIDS, which causes immunodeficiency

• Long-term or high-dose steroid use, as steroids increase blood sugar levels and cause immune suppression. Steroids are commonly used in Covid treatment

• High levels of iron in the body (haemochromatosis)

Why the surge now?

Mucormycosis was already more common in India than in any other country even before the pandemic and accounted for 70 per cent of the cases reported globally. The incidence was 140 cases per million people compared to 0.6 per million in Australia and 1.7 per million in the US. This could be due to the fact that India is the diabetes capital of the world. Of all mucormycosis cases published in scientific journals globally between 2000 and 2017, diabetes was seen in 40 per cent of the cases. An estimated 66.8 million people are affected with diabetes in India, representing the largest number of any country in the world. Unfortunately, more than half the cases of diabetes in India are undiagnosed. In the recent surge, 94 per cent of the people who developed mucormycosis after Covid had diabetes and 67 per cent of them had uncontrolled sugar levels.

In the current pandemic situation, the unholy triad of Covid-19, diabetes and subsequent treatment by steroids creates a perfect opportunity for mucor to thrive in the resultant acidic environment and is the main reason for the surge. The risk of developing mucormycosis is compounded by use of immune modulating drugs like tocilizumab, prolonged oxygen therapy, prolonged ICU, ventilation, co-morbidities like post-organ transplant, or malignancy.

Moreover, Covid-19 itself contributes to lowering the immunity of the individual by reducing the T-cell functions during the cytokine storm (severe inflammatory response caused by Covid).

Patients with Covid or recovered from Covid and who have mucor-risk-associated co-morbid conditions should be on alert to recognise the symptoms enumerated in the following paragraphs and seek an opinion from an expert immediately. Mucormycosis can present any time during active Covid infection and up to the initial few months after the treatment.

Rhino-Oculo-Cerebral-Mucormycosis (ROCM) is the commonest form seen and is an extremely rapidly growing  infection that can spread from the jawbone, nose/sinuses to the eyes and brain in as little as 48-72 hours in some cases. Once it enters the brain, it can cause life-threatening choking of important blood vessels leading to strokes and bleeds. Early diagnosis and immediate intervention is the key to preventing complications.

• Pain, redness or stuffiness around eyes and nose

• Blackish skin over the face around the cheeks and the nose

The West Bengal government has made mucormycosis a notifiable disease under the Epidemics Act and all case data has to be shared with the government. Usually dental surgeons, oral and maxillofacial surgeons and ENT specialists are the primary frontline workers who could pick up early signs of this disease. Once diagnosed, along with anti-fungal medicines, aggressive removal of dead tissue by surgery is paramount to prevent further spreading. No suspected case should be treated in a clinic and all cases should be immediately referred to a hospital where there is an availability of a team of expert specialists comprising:

While the treatment of mucormycosis is an expensive affair due to its prolonged nature and cost of the mainstay injection (Liposomal Amphotericin B), there are institutions coming forward to help the unfortunate ones affected by this condition. The association of Oral and Maxillofacial Surgeons of India (AOMSI) has set up a fund to help the needy based on the merit of the case. They can be reached at secretary@aomsi.com

There’s no way to avoid breathing in spores as they are ubiquitous. But you can do a few things to lower your chances of acquiring the infection:

Probably the only good thing about this condition is that it is non-contagious and does not spread by air or through contact with an infected person. However, attending and treating persons should maintain mask and hand hygiene when providing care. The bottomline in this condition is to have a high index of suspicion and seek immediate care as this is a rapidly progressive but treatable disease if diagnosed well in time.

Dr Kamlesh Kothari is an oral and maxillofacial surgeon with over two decades of experience and is a visiting consultant to various corporate hospitals in Calcutta. He is the clinical director of Aesthetica-Advanced Dental and Implant Clinic. His focus is jaw surgeries and full mouth reconstruction with keyhole dental implants. He can be reached at drkothari@happyface.co.in or aesthetica.co.in