Adults should be able to spot telltale signs 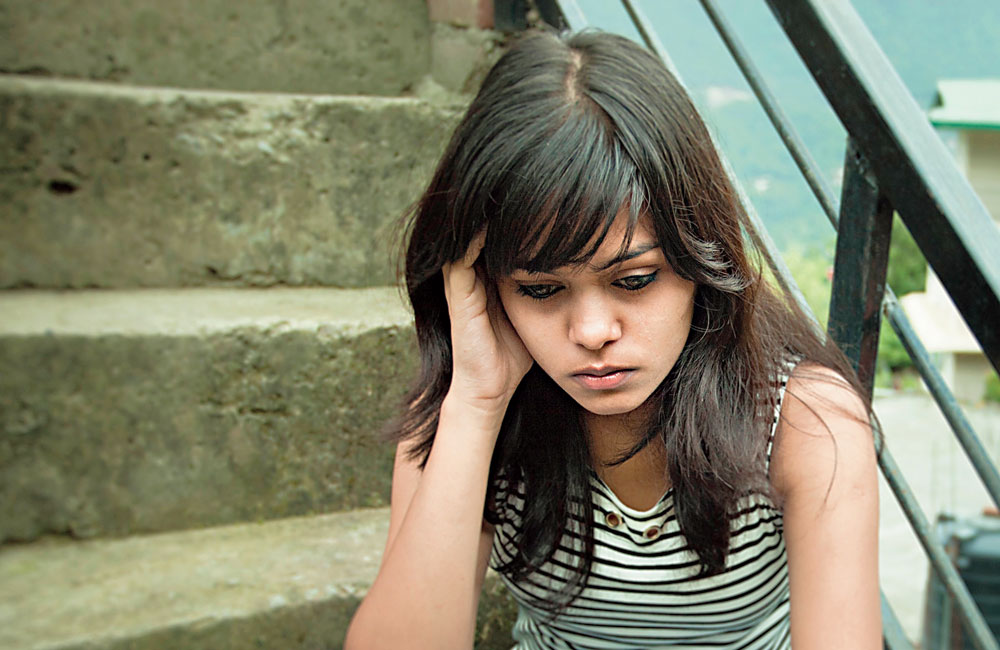 Not many 15-year-olds I see walk in with an Orhan Pamuk novel, but Sneha had one in her hands when she came to see me in my outpatient consultation room. She was reading it while waiting to see me in the hospital, where her mother had brought her.

“I had been asking to see someone from the time I was in Class 8, but only now they have brought me to see you as I am in Class 10 and they are worried about my results,” she indignantly complained.

Her parents were more worried about her results than her emotional well-being, was how she described her parents’ attitude. She added that she was suffering from low mood and emotional problems for the past two years, but her parents had neglected it. Only when her results started deteriorating did they get concerned and seek help.

“They just see me as a machine for scoring high marks,” was her observation.

Adolescence for some children can be difficult. It was for Sneha. She had changed school, was being bullied about her weight and felt that the boys in her class ignored her. She had self-harmed and admitted that she had thought about killing herself in the recent past, although her parents were not aware of it.

For most parents, understanding that a child could be developing emotional or behavioural disorders can be tricky and difficult. How would they know?

Why detection is difficult

Helping children with emotional difficulties and mental illnesses starts with noticing that there is something different about them and that is often difficult for parents. There are many reasons for it and lack of awareness that a child, too, can suffer from a mental illness is one of the primary ones. Other reasons are the stigma and blame around mental illness.

When you have a upcoming Bollywood film titled Mental Hain Kya advertising its release by showing the protagonists holding a razor blade on their tongues, it directly and indirectly may shame us to hide our ‘mental’ problem. Additionally, bringing up children is the most important task of parenthood. If any child develops mental illness, many parents feel that they have, in some way, contributed to it.

Detection is also difficult because the other important truth is that children are fully their own people. It is as difficult or as easy for us to figure children out as it is for other people to figure us (adults) out.

This is actually a convoluted way of stating the fact that it is not always easy for parents to gauge what their child is feeling or thinking.

So, for any parent, how would they know that their child could be developing a mental illness or is suffering from one? Mental health professionals usually come to any opinion after a detailed evaluation.

Evaluation comprises talking to the child and talking to or getting information from those who know the child well. There are no blood tests or scans which can diagnose mental illness.

There are some obvious red flags, which indicate a strong possibility of a pathology:

If any of the above is present, it is important to seek professional help. The other symptoms or indicators are ‘softer’ but a combination of the above indicators reflects that the child could be developing a psychiatric illness.

The best way to understand why ‘problems’ have emerged is to try and enter the child’s world and explore it to see it from their perspective. This is easier for parents who have a good rapport not only with their children, but with the friends of their children and their teachers. Essentially, parents have to be emotionally connected with their children, which is over and beyond loving, caring and providing for them.

For any child, the ‘problems’ can continue or aggravate in severity. If it affects his or her learning, friendships, family relationships and attaining age appropriate life milestones, ‘problems’ cross the threshold to become psychiatric ‘disorders’ or ‘illnesses’. So, problems can morph into illnesses, depending on their severity, persistence and how badly it affects a child’s composite functioning and relationships.

For example, feeling low and tearful after death of a pet is normal. However, if the child becomes very upset, withdrawn, stops or reduces eating, sleeps less, becomes inattentive with respect to his academic work and no longer enjoys activities he used to enjoy, then we have to suspect whether he is developing depressive illness.

These symptoms have to persist over time and only then can we come to a conclusion that it is an illness. So, there is a difference in severity between feeling low and suffering from the disease known as depression. The key is to be aware that there would be a change in a child’s overall attitude, demeanour and behaviour that is prolonged and cannot be entirely explained by what is happening around him/her.

The skill in detecting the onset of a mental illness in a child lies in the ability to see the whole child in the context of his life circumstances and past experiences, rather than just picking on one or two ‘problem’ behaviours as perceived by adults.

Hence, one has to be always very wary of checklists, which are available on the Internet, to diagnose mental illnesses. These checklists miss the nuances and complexities of our everyday lives and may end up giving us diagnostic labels which are wrong.

Some of the other symptoms which parents need to look out for include:

This list is by no means exhaustive. One of the interesting features of our modern times is that some parents have become aware of their children’s depth of despair/ problems through their social media behaviour.

If a parent suspects that something is amiss, then what? The obvious thing to do is to engage the child in a discussion. This may be difficult initially, but it is important to persist and leave the channels of communication open.

The second step is to seek the opinion of ‘significant others’ in the child’s life. It could be siblings, members of the extended family, teachers and, to my surprise, domestic helps! (In fact, it may not be that much of a surprise as many helps are actively involved in childcare, especially when their parents are at work).

If, however, there is any doubt or if the concerns persist, it is better to seek professional help at the earliest rather than wait and watch. Help can be sought from psychiatry outpatient departments in government hospitals and many schools have their own network of trusted counsellors and psychiatrists.