Many common medications can raise your blood pressure 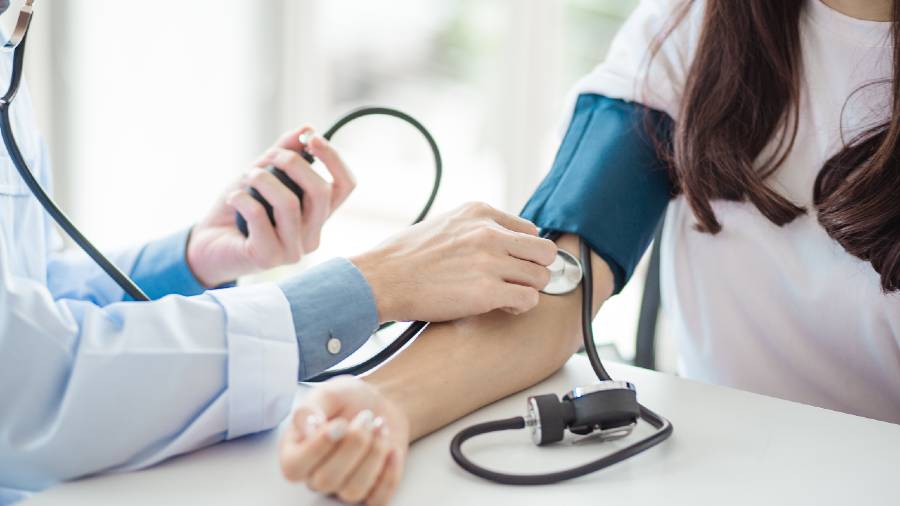 Substances like nicotine, alcohol and cocaine can interfere with your blood pressure.
Shutterstock
Jane E. Brody   |   Published 12.01.22, 12:09 AM

High blood pressure remains a leading cause of death and disability. There are many reasons for the high rate of uncontrolled hypertension, the medical term for high blood pressure. Being overweight and, for many, excessive consumption of salt lead the list, followed by inconsistent use of medically prescribed remedies and a failure to adopt lifestyle measures that can reduce elevated blood pressure.

Now, a new study has highlighted another problem often unknown to patients and overlooked by doctors that can complicate treatment of hypertension and swell the ranks of those with uncontrolled high blood pressure — the large number of medications and supplements people take, some of which can raise blood pressure and undermine the benefits of otherwise effective treatment.

The study involved 27,599 adults, 35.4 per cent of whom had uncontrolled hypertension, who were part of the National Health and Nutrition Examination Surveys.

The periodic surveys, which are known as NHANES and track the health of a representative sample of Americans, found that many people took medications and other substances that could raise an otherwise normal blood pressure or limit the effectiveness of treatment prescribed to lower an elevated blood pressure.

Among adults in the survey, 17.5 per cent whose hypertension was not adequately controlled were taking prescription drugs that can raise blood pressure, the researchers reported. And 18.5 per cent of survey participants with hypertension that was effectively treated were also taking such drugs, suggesting that some of these people might not otherwise need any treatment for blood pressure.

The study was published online in JAMA Internal Medicine. Its senior author, Dr Timothy S. Anderson, a primary care doctor at Beth Israel Deaconess Medical Center in Boston, US, said that he and his colleagues hoped to alert more doctors and patients to the ways medications or other substances might be contributing to increased blood pressure.

For some medical conditions unrelated to hypertension, switching to a different drug might bring a patient’s elevated blood pressure back down to normal. For example, the study authors suggested, women on an estrogen-containing oral contraceptive, which can raise blood pressure, might be switched to a progestin-only or non-hormonal contraceptive.

Similarly, those taking a nonsteroidal anti-inflammatory drug, or NSAID, to control pain might use acetaminophen instead.

When doctors fail to ask patients what else they may be taking, using or consuming that can affect blood pressure — or if patients neglect to mention all of the over-the-counter and herbal remedies and prescription drugs they take — patients may be prescribed an unnecessary or more potent blood pressure drug that may have bothersome side effects.

Dr Anderson said that doctors were “taught to screen patients initially for other drugs being taken that can raise blood pressure, but patients are not necessarily rechecked for such drug use over time.” He said that it was important for doctors to take good medical histories, including what might have changed in patients’ lives since their blood pressures were last under control.

“Maybe there was a change in diet that caused a quick rise in blood pressure,” Dr Anderson said. “For example, some patients are very salt-sensitive,” he said. “Along with age and weight, it’s the strongest predictor of high blood pressure over time.”

Changing one frequently consumed high-salt food, like pizza, cured meats or canned soup, may be enough to lower the risk of hypertension.

Complicating matters are people’s reactions to various substances, like the commonly prescribed S.S.R.I. antidepressants are “very idiosyncratic,” he explained. “A particular S.S.R.I. may have a high impact on blood pressure in some patients but not others.”

For patients with hypertension who need to take a drug that can raise blood pressure, Dr Anderson advised using a home blood pressure monitor. A sudden rise in blood pressure after starting a new drug can help alert the prescribing doctor to the need to switch to an alternative remedy if one is available.

Even if you’ve had normal blood pressure for five or more decades, there’s a 90 per cent chance that you’ll develop hypertension as you get older, which makes it all the more important to modify risks like dietary salt and excess weight while you’re still healthy. Even a modest weight loss of 10 pounds [4.54 kilos] can both reduce the risk of developing hypertension and lower blood pressure in overweight people who already have this condition.

Another common predictor is a sedentary lifestyle. Adopting a habit of regular physical activity can help people maintain a normal blood pressure throughout life. Other effective measures to control hypertension include quitting smoking and limiting consumption of alcohol.

• Oral steroids such as cortisone