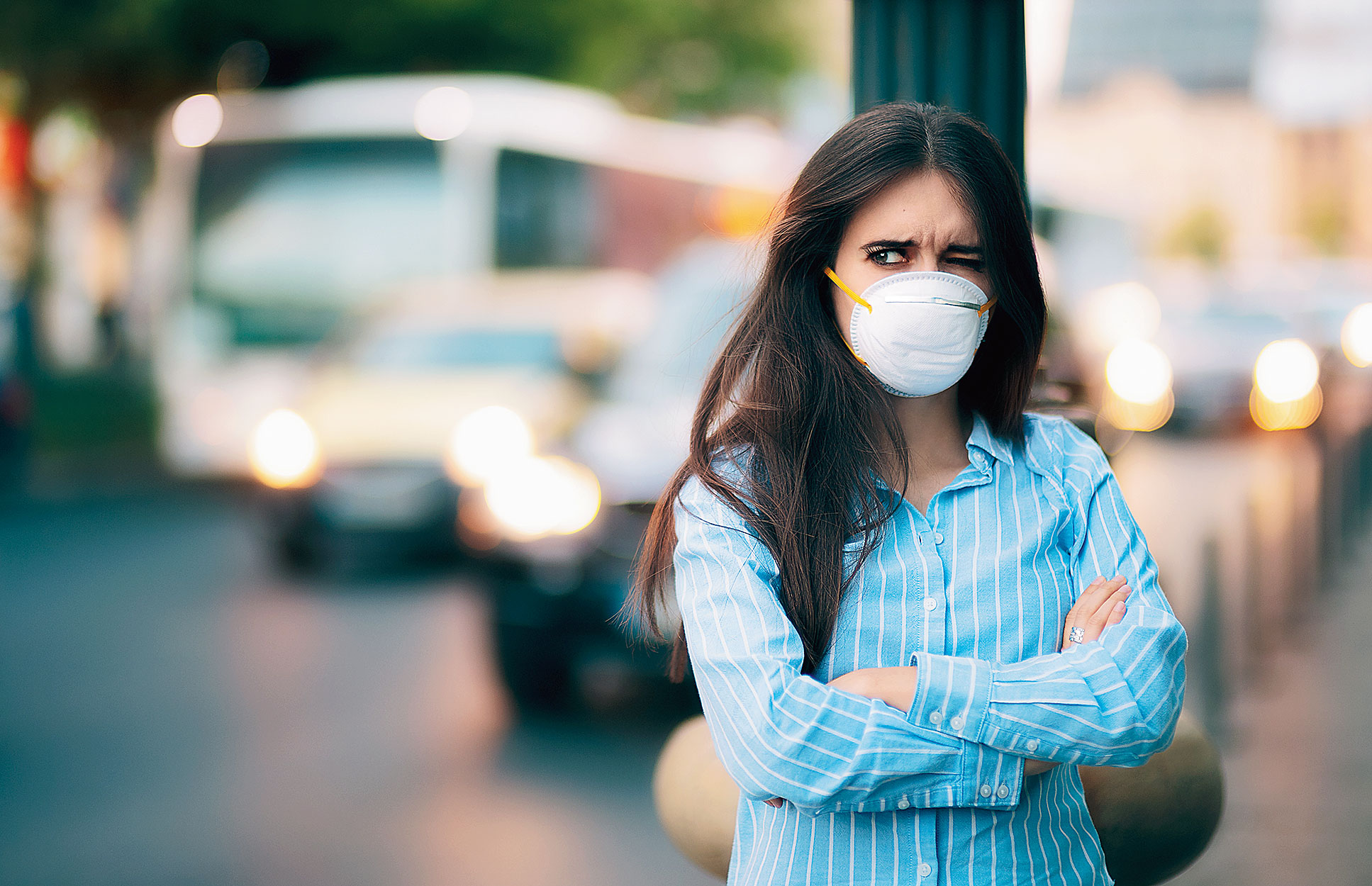 Studies have suggested children who are exposed to air pollution at an early age are more likely to develop asthma and lung infections
Thinkstock
Rosie Taylor, The Daily Telegraph   |   Published 23.10.18, 04:50 PM

Exposure to air pollution could increase our risk of developing dementia, according to a recent British study. But dementia is not the only illness that has been revealed to be triggered or worsened by contaminants in the air.

Around 40,000 people die every year because of health problems caused by exposure to air pollution, according to a report by the Royal College of Physicians and the Royal College of Paediatrics and Child Health. And the problems are likely to worsen as increasing urbanisation, climate change and population growth mean air pollution is on the rise, with the average level of fine particles in the air increasing by 18 per cent worldwide between 2010 and 2016.

So how is our polluted air harming us — and is there anything we can do about it?

The new study is the latest in a growing body of evidence that pollution increases the risk of developing dementia.

It follows a Canadian study of 2.2 million people, which last year found those who lived next to a busy road were 12 per cent more likely to develop dementia.

And earlier this year, a Chinese study suggested that air pollution leads to a decline in brain power, or cognitive function. Researchers who tested people’s maths and verbal skills found their average scores decreased over three years of exposure to pollution.

Studies have suggested children who are exposed to air pollution at an early age are more likely to develop asthma and lung infections, which can be fatal.

“Air pollution is detrimental to all health, but it can have major implications on the developing child,” says Professor Jonathan Grigg of the Royal College of Paediatrics and Child Health.

But pollution has not just been linked to causing asthma — it worsens the condition, too. At times of high pollution, such as the height of summer when the heat can exacerbate levels of chemicals in the air from traffic fumes, people are more likely to suffer asthma attacks.

Children are most at risk. A recent report by Global Action Plan on Clean Air Day found that primary and pre-school-age children were exposed to up to 30 per cent more pollution than adults simply because they were closer to the fumes from car exhausts.

Breathing in polluted air over many years can cause arteries to become furred up or narrowed, a condition known as atherosclerosis, which can lead to heart attacks or strokes. Spikes in pollution can also trigger heart problems in the short term. People are more likely to suffer heart attacks in the hours after having been exposed to a lot of traffic fumes, according to data from the Myocardial Ischaemia National Audit Project.

Pollution can start to take its toll on the heart and circulation system from an early age, with studies on children in Europe and Mexico finding those exposed to high levels of fine particles and NO2 have higher blood pressure by the age of 12.

Dr Gary Fuller, of King’s College London, whose book on pollution The Invisible Killer will hit bookstores in November, says: “What you’re breathing in might not just affect you today or tomorrow or over the next year, it might actually cause some permanent, life-changing damage now which might only manifest itself in decades to come.

“It does seem incredible that a tiny amount of contaminants in air can have such an effect but there is evidence from thousands of studies that the air pollution we breathe in every day is causing us harm.”

Doctors suspect pollution is having an effect on sperm quality — the number of sperm cells that are the correct size and shape to fertilise an egg. A recent study of 6,500 Taiwanese men showed exposure to fine particles was linked with a rise in sperm abnormalities. It found that for every increase in the level of pollution particles in the air of 5 micrograms per cubic metre, the number of normal sperm produced dropped by 1.29 per cent.

An earlier Italian study found the quality of sperm of men who worked on motorway tolls — with a high amount of exposure to traffic fumes — was significantly lower than that of men who worked away from busy roads. It is not yet known exactly why pollution affects quality, but tests have shown that toxic elements in polluted air can damage sperm cells.

If you live in a busy city, avoiding air pollution can be tricky, but avoiding walking or exercising outside at peak traffic times like rush hour can help. Doing your bit to cut down on pollution will also help, such as taking low-emission buses or trains, or walking or cycling instead of driving.