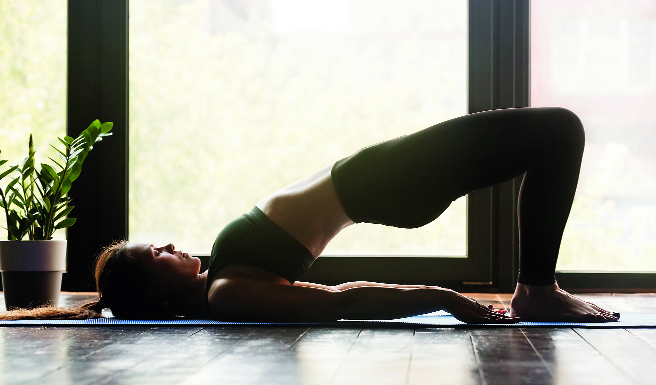 The expression “I laughed so hard I wet my pants” is not a just a saying but the harsh reality for a lot of people, especially women. For thousands — if not millions — accidental leaking of urine is not a joke but a seriously annoying problem.

This embarrassing condition, medically known as urinary incontinence, causes leakage with laughing, coughing, sneezing and other things that put pressure on the bladder. It’s often caused by childbirth, which can stretch or damage the pelvic floor muscles — the layer of muscles that support the pelvic organs, such as the bladder and bowel in men, and bladder, bowel and uterus in women — and the surrounding nerves in the groin. For men, the leakage might be caused by a bladder, urethra, prostate or urinary tract problem.

Most people who suffer from urinary incontinence live with it because they believe there is nothing they can do about it. Some perceive they were born with a small, “defective” bladder and choose to ignore the problem, others find it too uncomfortable to discuss or admit it. Some people use adult diapers to make the situation a little less embarrassing.

However, it is time that the people who suffer silently are made aware that in a majority of the cases there are treatments, free from medicine and surgery, that can solve the problem of incontinence. For instance, taking up simple bladder training exercises, such as Kegel exercise, can work wonders for the longstanding problem. Invented by American gynaecologist Arnold Henry Kegel in 1948, this simple method has helped several people rein in urinary incontinence.

Says Dr Dilip Karmakar, a consultant urologist based in Calcutta, “Kegel exercise helps improve or strengthen pelvic floor muscles to prevent urinary incontinence in both men and women.” According to him, urine leakage or “involuntary voiding of the bladder” usually happens due to increase of pressure in the abdomen and, eventually, on the sphincter muscles of the urethra (canal that carries urine) that helps prevent release of urine.

“Urinary leakage is common in women because they have a short urethra. In most men it occurs after radical prostatectomy (an operation to remove the prostate gland and tissues surrounding it), or general prostate surgery. In women, it happens following repeated childbirth or any surgery in the pelvis,” he says.

In women, urinary incontinence often happens due to an overactive bladder, before and after menopause. “We usually advise Kegel exercise to perimenopausal and menopausal patients,” says Dr Samir Roy, who is a consultant gynaecologist based in Calcutta. “In these patients there’s slackness of the reproductive passage due to withdrawal of the female sex hormone. They also suffer from frequent lower urinary tract infection. These factors make them unable to hold urine as soon as they feel the urge to void.”

He also advises women not to hold back urine for a long time and to take care of constipation so that muscles do not get strained. In case the urine leakage happens because of frequent coughing or sneezing, general health should also be taken care of. Kegel exercise also helps patients of piles, says Dr Roy. He adds, “Strengthening of pelvic floor muscles can also improve sexual performance in both women and men. It can increase pleasure during sex.”

It is high time you incorporated Kegel exercise in your busy schedule.

How to strengthen the pelvic floor