It is not always possible to find the right words, but we can sit with people for a bit and hear them 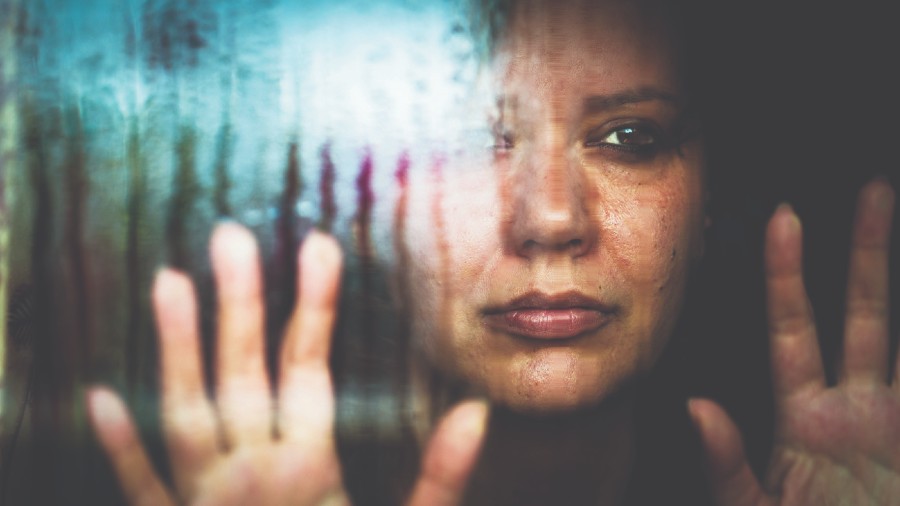 The first time I forcibly gave an injection to someone without consent was in 1989. It is a memory that’s firmly imprinted in my mind. He was a man in his mid-30s and was brought in by his family members and neighbours to the outpatients department of a government hospital where I was doing my six-month stint as junior doctor.

He was talking loudly to people whom we could not see and swinging his arms and punching in the air to drive them away. Apparently, he has been like this for more than a few months and the parents —believing he was possessed by evil spirits — had initially taken him to a religious place. It didn’t work and he was kept locked up in a room as family members were completely puzzled by what had happened to a healthy young man at the prime of his life. He had managed to escape from the incarceration and was seen wandering aimlessly, dishevelled and talking to himself. It was then that the neighbours decided to bring him to the psychiatry OPD.

I do not remember his name. But his frightened face, wrecked by fear against unknown tormentors, who were trying to “kill” him, has stayed with me since. He kept on saying: “I am begging you, leave me alone.” About five of us pinned him down and pumped in injections into his muscles. Even while he was sedated, he mumbled: “Leave me alone, please go away.”

Over the next 30-odd years, I am still trying to come to terms with the fact that we have left millions like him truly alone. He was diagnosed with schizophrenia. It is an illness which is completely misunderstood and abandoned by society.

Misunderstanding the illness begins from what the name implies. The word ‘schizophrenia’ is derived from the Greek skhizein, or “to split”, and phren or “mind”. This gives a perception of a divided person with two or more distinct personalities. This fallacious notion has endured in public imagination since the name was coined by Prof Eugen Bleuler in 1908. The science has moved on, but darkness continues to surround the illness, which is the heartland of psychiatry. Let us be clear about this: schizophrenia does not mean split personality and neither does it mean multiple personality.

But stating what it is not is cakewalk compared to trying to clarify what it is. There is controversy — often extremely bitter and acrimonious — between multiple stakeholders about understanding what schizophrenia really is. There is credible debate across the fields of psychiatry, psychology, genetics, neuroscience, social sciences, mental health charities and campaign groups over everything about schizophrenia. There are expressions of doubt, as to whether the diagnosis has outlasted its usefulness (if it ever was useful) and should it be rebuilt from scratch.

Schizophrenia is often taken as a prototype of “madness”. It is as old as human race. It is only in the last 100-odd years the term was coined but descriptions in ancient scriptures indicate that this serious mental illness has existed for ever. This is also the heartland of a battleground on which the fiercest ideological disputes about madness and its meanings are fought.

Schizophrenia is a brain disorder. Genes, environment, trauma… in fact, all human experiences leave a mark on the brain and has an impact on the expression of this complex disease. There is no single cause for schizophrenia.

There are significant differences amongst different stakeholders regarding how the illness is framed, understood and conceptualised. There is disagreement about the “medical models” of treatment, leave alone the debate which tries to start a discussion about the real old chestnut — how ethical/unethical is treatment against consent for the seriously mentally ill?

In summary, there is virtually nothing uncontroversial about schizophrenia, including the language we use. The collective noun for people accessing treatment is patient. If you are using mental health services and subscribe to the view that your distressing thoughts and feelings are an illness, presumably located within your brain, and essentially the same as any physical illness, then you might prefer to think of yourself as a “patient”. After all, if you’re the same as those patients receiving care for broken bones and pneumonia and cancer and diabetes and chest infections, then why should you be called something different?

However, if you are of the view — shared by many people, including health professionals — that even the most alarming of your thoughts, and the most extreme changes in your moods, and your most uncharacteristic behaviour are not symptomatic of illness so much as a natural response to undischarged trauma or painful life events, or even poverty, then to see this wrapped up in a medical language that begins with you becoming a “patient” might feel seriously problematic. Terms such as clients, service users, survivors have gained traction over recent years. But what about people who are detained in hospitals and medicated against their will? Does the collective noun of service user really cut it for them? Can we in all clear conscience say they are “using” mental health services? Probably not. 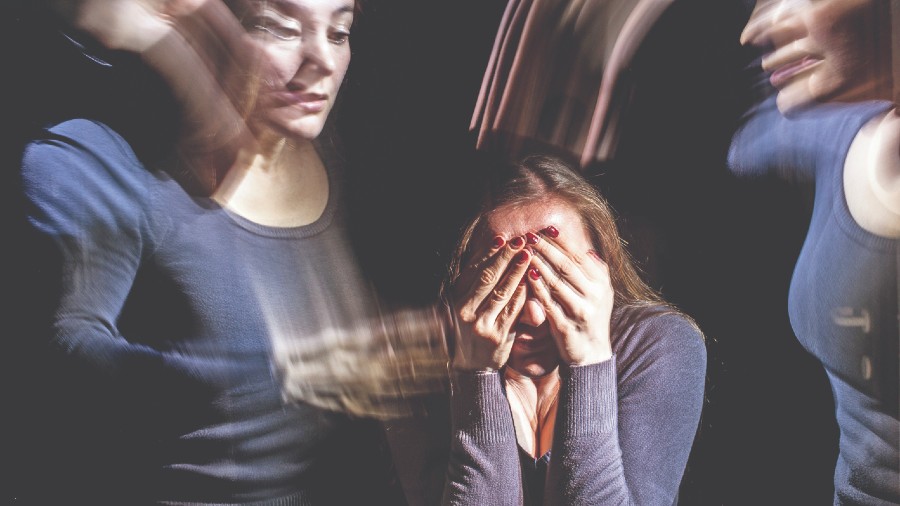 We do not know exactly what causes the illness

Most people who are diagnosed as having schizophrenia experience a detachment from reality. Often — though not always — this is deeply distressing and can lead to strange behaviour, as the person tries to navigate and survive in their altered, hostile world.

Munni was 28 years old when I first saw her in my clinic. “She has got her good looks and insanity from her mother” was how her father described her once. Her mother had schizophrenia and Munni started displaying signs of schizophrenia from late adolescence.

She came back home one day and complained that the neighbourhood boys were teasing her. Her parents told her to ignore them but she stopped going to school after a few months, claiming it was becoming unsafe for her as she heard that they were planning to assault her.

The father went and accosted the boys whom Munni identified as her tormentors. The boys denied it and the local community got involved. Gradually, Munni stopped using the washroom. She thought there were cameras fitted in the toilet and the boys had planted it to get nude shots of hers. Gradually, the web of delusions became more detailed and she stopped washing and eating. It was then, about 18 months after her first symptoms surfaced, that Munni’s father took her to the same psychiatrist who used to treat her mother. She was started on medicines and her symptoms slowly disappeared. She completed her college and her parents planned to get her married, as it was something Munni looked forward to.

Her psychiatrist was consulted, and she warned against the perils of not disclosing the diagnosis to the prospective groom’s family. “Who would marry my daughter if I said my daughter was a psychiatric patient?” That was the father’s response. She got married to a man who soon discovered the truth. Munni had stopped taking her medicines after marriage. Her symptoms returned. As is not uncommon, her husband refused to live with her. She was sent back to her parents’ house, abandoned by the groom and his family.

The father felt too ashamed to go back to her original psychiatrist and brought her to see me.

“What will happen after I die?” he asked me. I had no answer. This was probably the thousandth time I have seen this event replay in front of me. Munni was in no state to understand her long-term predicaments. She was not in touch with her surroundings — she was dazed, confused, anxious and scared.

They think they are being poisoned, persecuted, harassed, which we do not think is true. We think their symptoms are “imaginary” and not “real”. But the brain of the person with schizophrenia is in an altered state and for them their experiences are as real and true as our experiences. It may not be real to us, but for them it is real. Their brain feels, sees, hears, and interprets the world as a dangerous living hell. Trying to convince them it is “imaginary” is pitifully inadequate.

Munni narrated her travails in great detail. I did not know what to say to Munni, which by chance meant I was probably doing the best thing. I listened. It is not always possible to find the right words, but we can sit with people for a bit and hear them. About one in 100 people will develop schizophrenia.

It is most likely to start between the ages of 15 and 35 years but can at times occur in younger children and older adults. It is a chronic illness. Many people lead extremely productive and fulfilling lives with schizophrenia.

The person usually starts exhibiting strange behaviour and emotions and expresses odd ideas which appear untrue. There are myriad forms of the disease, leading researchers to question the fact whether the entire spectrum of manifestations can be clubbed together under a unitary diagnostic label.

Unfortunately, we do not know exactly what causes the illness. One of the criticisms of schizophrenia treatment is that psychiatrists are treating it just to curb the symptoms and it does not “cure” the core underlying pathology. This is true but a fallacious logic against drug treatment of an illness, which if left untreated, causes untold misery and often leads to suicide

This is one of the mental illnesses where treatment with medicines is mandatory. The other key component in recovery is the family or community support for the person. Maintaining the dignity of persons suffering from schizophrenia is probably the biggest challenge we all face. The violation of rights of those who are seriously ill has been the biggest scar in the history of caring for those who have been diagnosed to have schizophrenia. A large part of the criticism of treatment probably stems from the human rights violations against those who suffer from serious mental illnesses, of which schizophrenia is the prototype.