Lyme and other tricky tick diseases in India

A US patient who came to the country for treatment talks about diagnosis and treatment for this rare, emerging disease 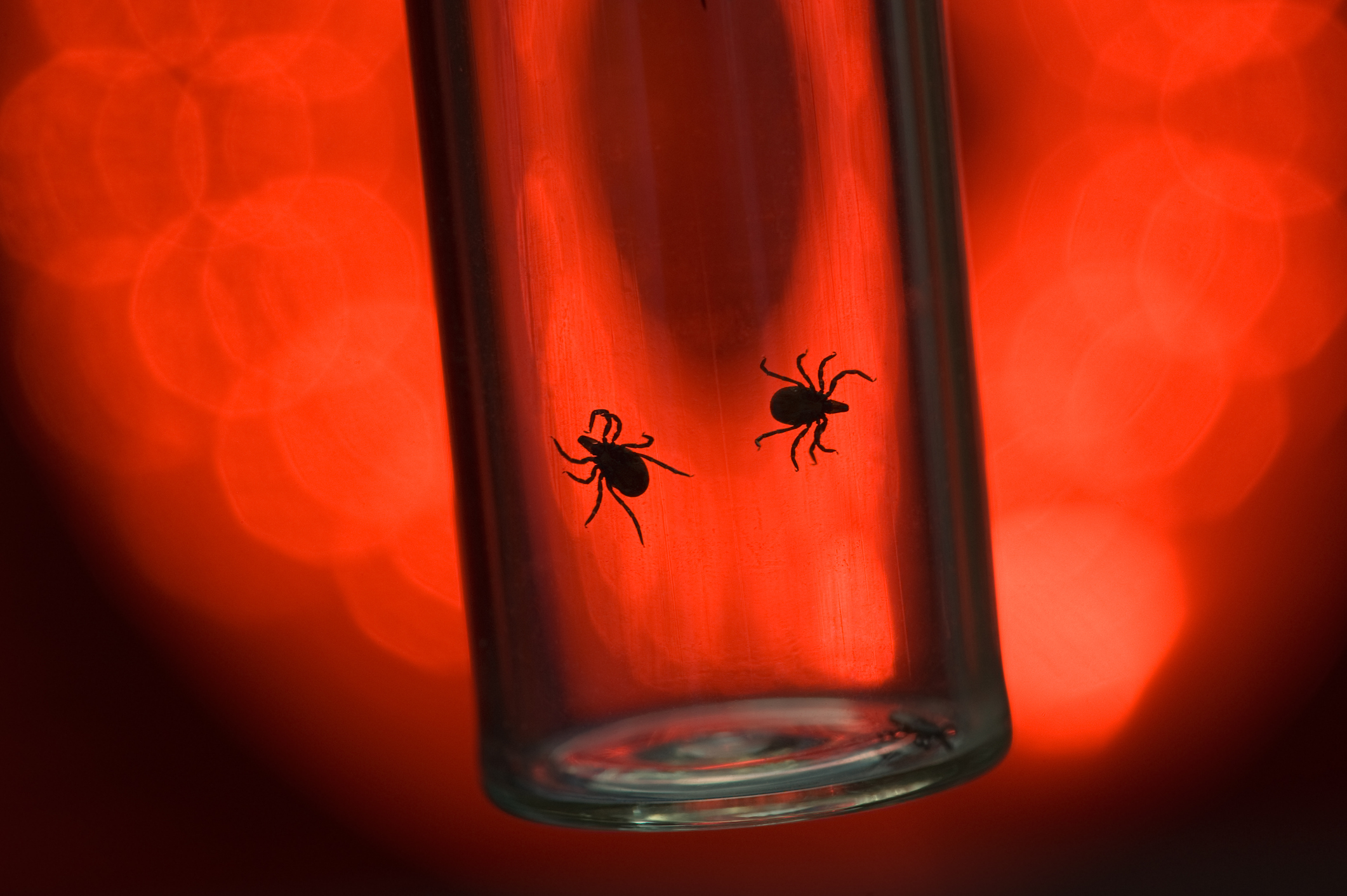 “But my Lyme disease test came back negative,” I argued when a new doctor suggested I might have it. At age 28, I had been debilitated by mysterious symptoms for seven years. It began with migraines and nausea but progressed into systemic body pain, nerve damage in my limbs, heart palpitations, immune system dysfunction, and allergies to several foods. Eventually, I was almost completely reliant on others for my care, even to turn over in bed. The best doctors in the United States weren’t able to help me. Growing up in California, Lyme disease wasn’t something I heard about often but I did know it existed so was aware of its dangers.

I showed the new doctor a copy of the negative result from my medical records. “The type of test you got isn’t very accurate,” he explained. “About half of patients who have Lyme disease are misdiagnosed. You need to be tested by a lab specializing in tick-borne diseases (TBDs).” Six weeks later, the specialty test results came back positive. I was relieved to finally get a diagnosis: something many never receive. But that was only the beginning of my journey to heal – one that would eventually take me to India for stem cell treatment not available in the US.

Unfortunately, due to difficulty in diagnosing and treating Lyme disease at a late-stage, my story of suffering is not an uncommon one. The symptoms of Lyme disease can vary greatly and the lack of accurate laboratory tests can lead to what’s called chronic Lyme disease; which occurs when the disease persists even after lengthy treatment.

After a year of intense, unsuccessful antibiotic treatment, I arrived in Delhi, India in hopes of repairing my damaged body and regenerating my immune system. I was surprised to learn that Dr. GeetaShroff, the founder of the stem cell clinic, had seen a number of Indian patients with the disease.

Borrelia Burgdorferi, the bacterium that causes Lyme disease is typically spread by the bite of an infected tick (Ioxides, often called deer ticks or black-legged ticks). However, fleas and mosquitos can also carry it. It’s estimated (CDC, USA) that approximately 300,000 cases of Lyme disease occur each year, with possibly many more being underreported. Lyme disease is also common in many parts of Europe, yet it’s believed to be underreported there as well.

While there are limited Lyme disease cases reported in the scientific literature in India, it is likely due to similar factors affecting diagnosis in other countries: lack of familiarity, non-specific symptoms, and need of more highly sensitive laboratory testing options. In 2013, there was a Lyme disease outbreak in Kerala that took the life of a 50-year-old woman. It was suspected that the deer population contributed which is likely a factor in other areas as well.

But with the prevalence of Lyme internationally, contracting the disease while traveling outside of India is a real risk. My doctor in India suspected this was how some of her patients had been infected. Because many Lyme literate physicians believe the disease is transmitted sexually and also passed congenitally, it is difficult to convey the concern of how quickly this epidemic could spread.

In India, ophthalmologists and dermatologists tend to be most familiar with the disease, especially in more urban areas. Lyme often affects the vision; and a bulls-eye rash on the skin may appear in conjunction with the infection.

But Lyme disease is not the only tick-borne disease of concern. In a large survey conducted by LymeDisease.org, 26 per cent of respondents reported having a rickettsial co-infection; another dangerous group of infections spread by ticks and other insects.

The Annals of Tropical Medicine and Public Health states that rickettsial infections have been reported in India for several decades. They have been documented in eleven Indian states so far. Like Lyme disease, they are difficult to diagnose because of non-specific symptoms, low suspicion by medical practitioners, and lack of reliable diagnostic testing.

A study by the International Journal of Internal Medicine reported that the standardized ELISA blood test, most commonly used to diagnose Lyme and some other tick-borne disease, is only 53 per cent accurate. That means that almost half of patients tested receive a false negative, just like I did. Some labs only have the ability to look for certain strains, or antibodies to the disease. Testing too soon after a bite may mean there hasn’t been enough time for the body to form antibodies.

Testing aside, catching tick-borne diseases early is tricky. While one person may experience severe fatigue and body aches with fever, another may have a psychiatric manifestation and no to few physical symptoms. The bite of ticks is usually invisible and the typical bulls-eye rash that’s associated with Lyme disease doesn’t show up in many patients. I had no idea I was bitten. This makes it even more challenging to identify.

If theinfection is caught early, especially with Lyme disease, a short course of antibiotics is typically sufficient. If it left untreated, the bacteria can infiltrate the body and treating it becomes much more challenging. In my case, it affected my bone marrow, preventing my body from producing an adequate number of blood cells to keep me healthy.

Even with the obstacles, there are solutions for preventing and dealing with serious tick-borne illnesses.

First and foremost: Stay healthy! Every year, infected ticks bite many people, but not all will develop Lyme disease. Any disease, including Lyme, is more of a threat in the face of a weakened immune system. This is what makes some people more vulnerable than others. Reduce stress, get enough sleep and eat properly to minimize your risk.

Protect and check yourself. Wear light colored clothing and full coverage when you’re outdoors, especially in long grass or when walking through heavy brush. Use protection such as DEET, a chemical repellent on your clothing (not your skin). If you prefer a non-toxic solution, rose-geranium essential oil has been shown to be highly effective against ticks (cited by Journal of Agricultural and Food Chemistry). When you get home from outdoor activities, perform a tick check using a magnifying glass. Ticks are about the size of the tip of a pen and can be difficult to see.

Know the signs. Lyme disease is known as “The Great Mimicker” for its ability to present as other illness including fibromyalgia, depression, arthritis, multiple sclerosis, neuropathy, chronic fatigue, and more. Common ocular symptoms are conjunctivitis, keratitis, uveitis, and retinitis. The signs of Lyme disease often start with flu-like symptoms (fever, headache, body ache) and progresses from there. It’s best to explore any mysterious or lingering symptoms, especially if you have recently visited endemic areas.

See a specialist. Many general care doctors are still unaware of the prevalence of Lyme disease. Seeking out a Lyme literate doctor is helpful in getting the correct diagnosis and treatment. ILADS, the International Lyme and Associated Diseases Society, can help refer you to a physician in India.

Treat your whole body. Tick-borne diseases are not just simple infections; it’s a multi-system illness. The best treatments will include ones that address your body as a whole: killing the infection and also boosting your immune system, optimizing nutrition, and addressing stress in your life.

The difference between a cure and years of suffering is simple: knowing how to prevent the disease, and acting immediately if you think you contracted it. It took years for me to be properly diagnosed and treated. While I did heal completely, it could have been easier and faster if I had this basic information.

In the end, the stem cells were not the singular cure, but the catalyst for my ultimate healing. In addition to the benefit I received from the treatment, my time in India opened my eyes to the connection between the mind and body; catapulting me into new awareness about self-care and true health. Somewhere in between the time I arrived in Delhi and the time I left, I went from an existence committed to killing Lyme to an existence committed to healing me.

My bold, life-changing adventure in India could take me only so far. The rest was always up to me.

Amy B. Scher is the bestselling author of This Is How I Save My Life: From California to India, A True Story Of Finding Everything When You Are Willing To Try Anything, Simon & Schuster, April 2018