Advertisement
Home / Health / Lifting weights are good for your heart

Lifting weights are good for your heart

Having plenty of muscle does not directly stave off heart disease, but the two are related: Study 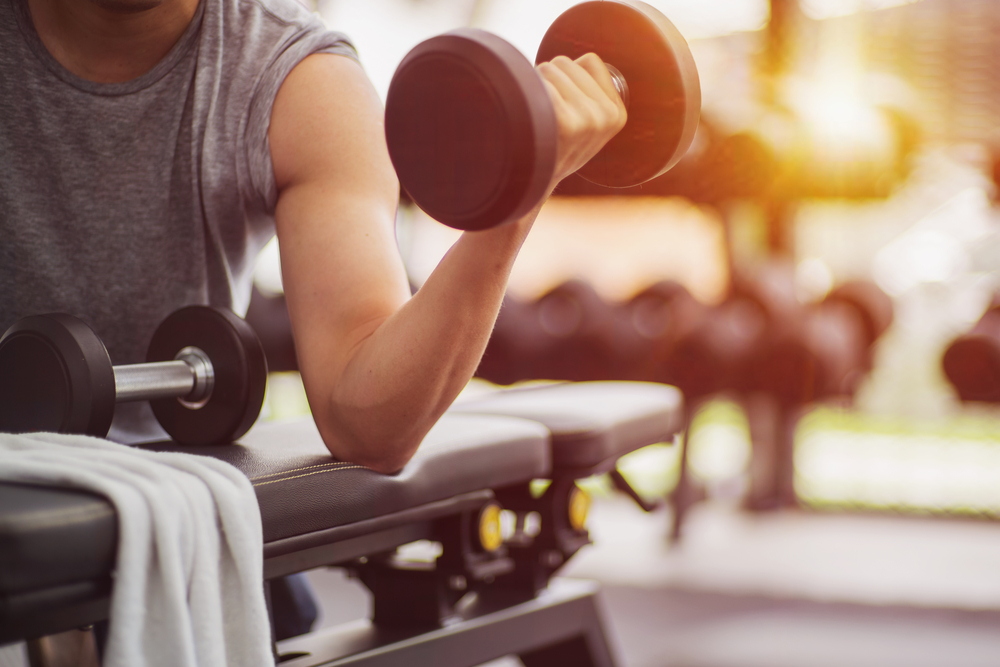 Muscle is also critical for our metabolic health, for slurping and storing blood sugar and for producing specialised hormones that move to other tissues, such as the brain and fat cells, where they jump-start various biochemical processes.
Shutterstock
NYTNS   |   New Delhi   |   Published 13.02.20, 07:59 AM

How much muscle you have now could indicate how healthy your heart will be later, according to an interesting new study of muscle mass and cardiovascular disease. The study finds that, for men at least, entering middle age with plenty of muscle lowers the subsequent risk of developing heart disease by as much as 81 per cent, compared with the risks for other men. These results add to the growing evidence that building and maintaining muscle is essential for healthy ageing, while also underscoring that the effects may be different for women and men.

Skeletal muscle is, of course, one of the body’s most versatile and active tissues, providing the strength and power we need to grasp, reach, lift and stride. Muscle is also critical for our metabolic health, for slurping and storing blood sugar and for producing specialised hormones that move to other tissues, such as the brain and fat cells, where they jump-start various biochemical processes.

But our muscle mass almost invariably declines as we grow older, with the loss often starting when we are in our 30s or early 40s and accelerating as we pass through midlife. Severe muscle loss, known as sarcopenia, is associated with frailty and other medical conditions in the elderly, along with loss of independence and premature death.

But even relatively moderate declines in muscle mass are linked with worse outcomes in older people. Some past studies have found that, particularly in older men, low muscle mass tends often to be associated with concurrent cardiovascular disease.

Those studies, however, did not look at which condition might have come first, and so cannot indicate whether there are links between diminished muscle at one age and heart disease later — or vice versa.

So, for the new study, which was published in the January issue of the Journal of Epidemiology and Community Health, an international group of scientists interested in muscle health and sarcopenia decided to track people’s muscles and heart health as they moved through middle age.

They began by turning to data from the ongoing ATTICA study in Greece, a large-scale look at the underpinnings of cardiovascular disease in a group of Mediterranean men and women. The study, at this point, had enrolled several thousand adults in and around Athens and brought them in to a clinic for extensive medical exams and to fill out lifestyle questionnaires. None of the participants, who ranged in age from early adulthood to retirement age, had cardiovascular disease when they entered the study.

About 10 years after joining the study, each man and woman returned to the lab for another round of testing, focused on their cardiovascular health. The authors of the new study now zeroed in on the men and women who were at least 45 years old at that second check-in. They wound up with records for 1,019 people, most of them past the age of 55 years, meaning they had been in their 40s when they had joined the study.

Using information from these participants’ original medical tests, the scientists calculated each person’s overall muscle mass and then looked at whether he or she had developed heart disease by the time of the second clinic visit, about 10 years later.

It turned out that more than a quarter of them had. Almost 27 per cent of the participants, in fact, now had heart disease, with the incidence about six times higher among the men than the women.

But for men, having relatively large amounts of muscle early in middle age dropped the risk of heart disease later by 81 per cent, the researchers determined.

“The association was that strong,” said Stefanos Tyrovolas, the study’s lead author, member of CIBERSAM and principal investigator at the Sant Joan de Déu Research Institute in Barcelona, Spain.

This study does not show, though, that having plenty of muscle directly staves off heart disease, only that the two are related. It also cannot tell us just how muscle helps to protect the heart, but Tyrovolas suspects that the metabolic effects of the tissue, which include better blood-sugar control and less bodily inflammation, are likely to contribute.

Well-muscled people also tend to be more active than others, he said, which helps to protect the heart.

But the overall message of the findings, he said, is that “muscle-mass preservation, through physical exercise and an active lifestyle,” is probably key to protecting middle-aged hearts, especially for men, and provides another compelling reason to visit the gym or fit in a push-up or 10 today.