Should you have knee replacement surgery? Only after you have exhausted all other remedies, says Jane E. Brody 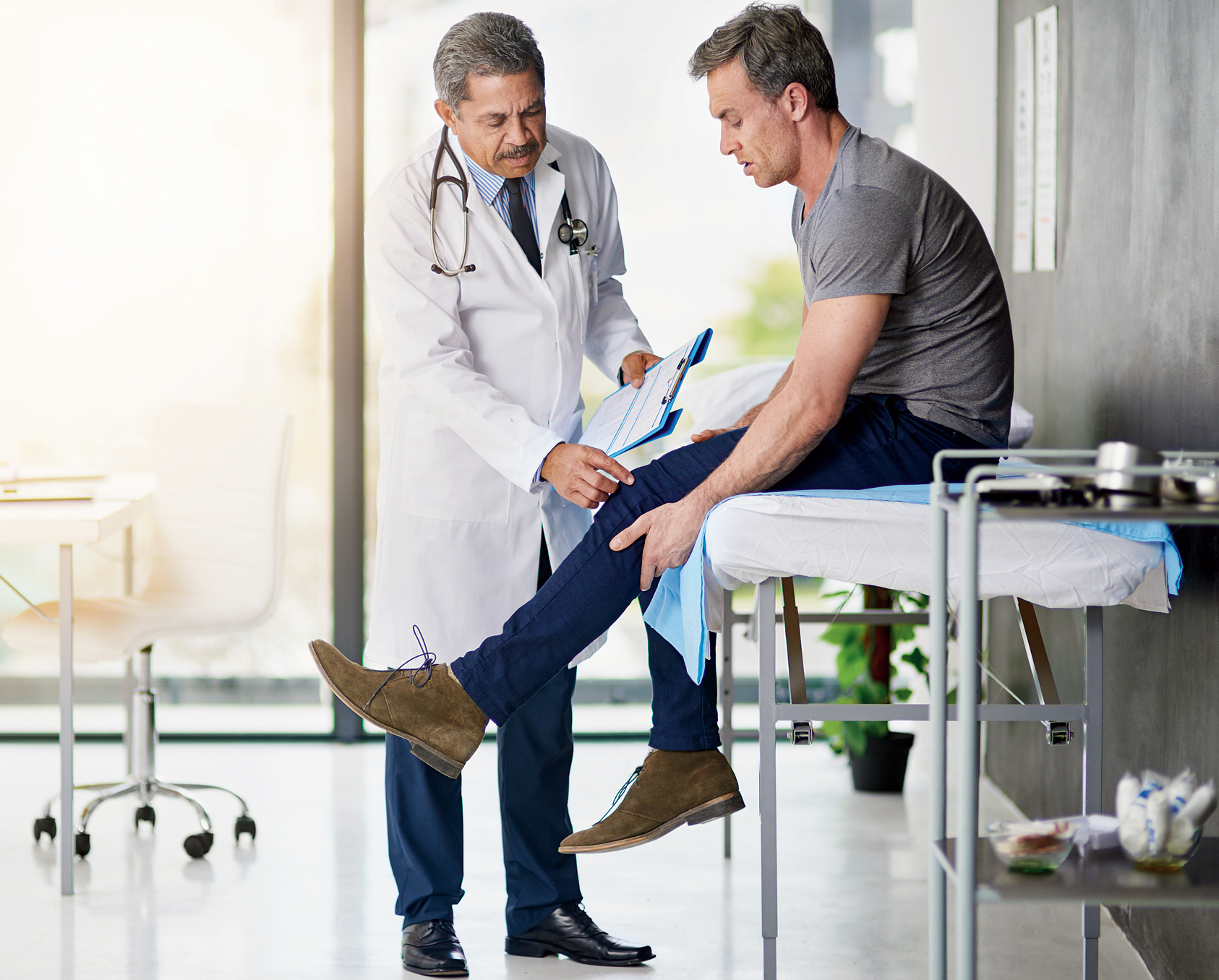 For the vast majority of patients with debilitating knee pain, joint replacement surgery is considered an “elective” procedure. While it’s true that one’s life doesn’t depend on it, what about quality of life? Many people hobbling about on painful knees would hardly regard the surgery as optional. Consider, for example, two people I know: a 56-year-old man passionate about tennis who can no longer run for a bus, let alone on the court, and a 67-year-old healthy woman who can’t walk without a cane.

They have reason to think it may be time to replace their worn-out knees with artificial ones, an operation that is now among the most frequently performed costly medical procedures in the United States. But some leading medical economists are asking whether this surgery is being done too often or too soon on patients who have not adequately explored less invasive approaches to relieve their pain and improve their mobility.

I certainly had done due diligence before opting to have both knees replaced 14 years ago at age 63. I had wanted to wait longer, given that the life expectancy of artificial knees was then 10 to 15 years, and I would have liked Medicare [health insurance] to help foot the bill. I had no weight to lose and had done months of physical therapy that made me stronger but not better. I tried gel injections to no effect, and was living on anti-inflammatory drugs. Finally, I was no longer willing to sacrifice many necessary and pleasurable activities, like walking to a store or visiting a museum. I couldn’t even stand up during intermission in the theatre without pain.

To me, knee replacement surgery was a no-brainer. And I’ve had no regrets, even though I can’t kneel with comfort or bend my artificial knees as much as natural ones allowed me to do. But I can walk for miles, climb stairs easily, hike, cycle and swim. And I am happy, after more than six decades with increasingly bowed legs, to be walking on straight ones.

Still, all knee replacements are not equally successful, and some patients are no better off than they were before surgery. In addition, there’s been a steep increase in the rate of knee replacements in younger people, raising the likelihood that later they will need repeat procedures that are often more complicated and less beneficial.

Those with a life expectancy of 15 years have a much better chance of avoiding a future operation than those expected to live another 30 years,

Dr Robert H. Shmerling, rheumatologist at Beth Israel Deaconess Medical Center and Harvard Medical School, has reported. Among nearly 55,000 people who had a knee replacement, he noted, 10.3 per cent needed revision surgery within 20 years, although the longevity of current knee replacements is likely to be greater.

About 12 per cent of adults in the US have painful arthritic knees and each year more than 6,40,000 have them replaced at a cost in excess of $10 billion a year. The annual rate of total knee replacements doubled between 2000 and 2015, especially among people aged 45 to 64, many with significantly less severe symptoms than I had.

Now a growing number of experts are asking if all these operations are necessary, especially those done at younger ages. Are all prospective patients giving lesser remedies a fair trial? How many knee replacements result from unrealistic patient expectations or the subtle influence of monetary gain among surgeons who perform them? One recent study conducted by Daniel L. Riddle, a physical therapist at Virginia Commonwealth University, and two medical colleagues examined information from 205 patients who underwent total knee replacements. Fewer than half — 44 per cent — fulfilled the criteria for “appropriate,” and 34.3 per cent were considered “inappropriate,” with the rest classified as “inconclusive.”

Although patients with less severe pain and loss of function may still benefit, the researchers suggested that their gains are likely to be smaller. “People on the very severe end of the spectrum of pain and functional loss have a lot more to gain,” Riddle said.

In a multicenter study reported last year of 4,498 people with arthritic knees and a second study of 2,907 people with arthritis, improvements in the quality of life following knee replacement surgery were less than previously reported. Dr. Bart Ferket of the Icahn School of Medicine at Mount Sinai in New York and co-authors stated that those with the worst functional status initially had the most to gain from surgery and made the operation economically more justifiable.

Dr Steven Teutsch of the UCLA Center for Health Advancement said it’s important for “patients to have a clear understanding of the benefits and harms of knee replacement surgery because recovery from it is no picnic. A significant number of these procedures can be avoided or delayed.” Still, he added, this elective procedure “can be extremely valuable in the right person at the right time.”

A detailed discussion with the doctor should precede a decision about surgery, “and the decision should be a shared one,” Teutsch said.

So what should be tried before deciding to go under the knife? Most important are weight loss (if needed) to reduce stress on arthritic knees and physical therapy to strengthen the muscles that support these vulnerable joints and improve range of motion. One or more injections of a gel of hyaluronic acid directly into the knee joint to lubricate it can relieve pain in some patients for up to six months. Or injections of corticosteroids, which reduce inflammation, can provide more immediate relief, although these injections cannot be repeated too often lest they further damage the joint.