The unexpected power of random acts of kindness 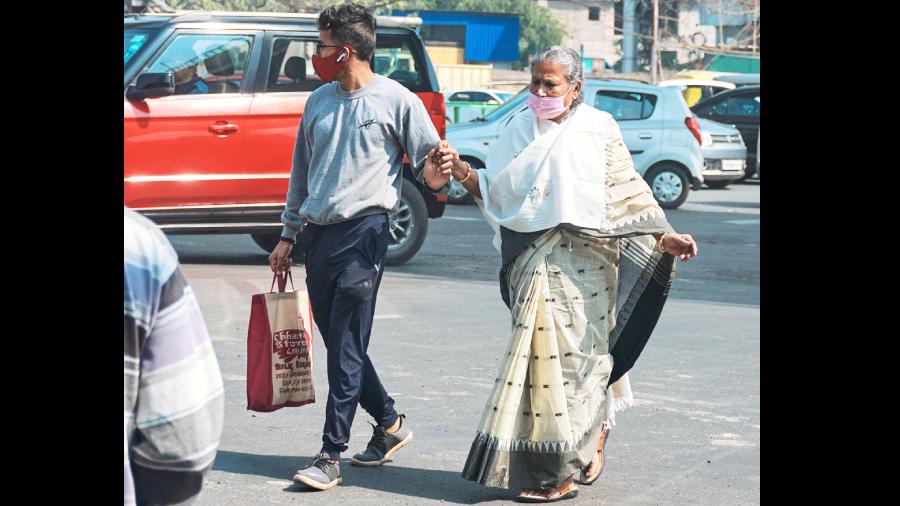 In late August, Erin Alexander, 57, sat in the parking lot of a Target store in Fairfield, California, US, and wept. Her sister-in-law had recently died, and Alexander was having a hard day.

A barista working at the Starbucks inside the Target was too. The espresso machine had broken down and she was clearly stressed. Alexander — who had stopped crying and gone inside for some caffeine — smiled, ordered an iced green tea, and told her to hang in there. After picking up her order, she noticed a message on the cup: “Erin,” the barista had scrawled next to a heart, “your soul is golden”.

“I’m not sure I even necessarily know what ‘your soul is golden’ means,” said Alexander, who laughed and cried while recalling the incident.

But the warmth of that small and unexpected gesture, from a stranger who had no inkling of what she was going through, moved her deeply.

New findings, published in the Journal of Experimental Psychology in August, corroborate just how powerful experiences such as Alexander’s can be.

“We have this negativity bias when it comes to social connection. We just don’t think the positive impact of our behaviours is as positive as it is,” said Marisa Franco, a psychologist and author of Platonic: How the Science of Attachment Can Help You Make — and Keep — Friends, who did not work on the recent research.

The recent study comprised eight small experiments that varied in design and participants. In one, for example, graduate students were asked to perform thoughtful acts of their own choosing, such as giving a classmate a ride home from campus, baking cookies or buying a friend or stranger a cup of coffee.

In another, researchers recruited 84 participants on two cold weekends at the ice skating rink at Maggie Daley Park in Chicago in the US. They were given a hot chocolate from the snack kiosk and were told they could keep it or give it to a stranger as a deliberate act of kindness. The 75 participants who gave away their hot chocolate were asked to guess how “big” the act of kindness would feel to the recipient on a scale from 0 (very small) to 10 (very large), and to predict how the recipient would rate their mood (ranging from much more negative than normal to much more positive than normal) upon receiving the drink. The recipients were then asked to report how they actually felt using the same scales.

In that experiment — and across all others — the people doing the kind thing consistently underestimated how much it was actually appreciated, said one of the study’s authors, Amit Kumar, an assistant professor of marketing and psychology at the University of Texas at Austin, US.

“We believe these miscalibrated expectations matter for behaviour,” he said. “Not knowing one’s positive impact can stand in the way of people engaging in these sorts of acts of kindness in daily life.”

Another experiment in the study was devised to help researchers better understand this tendency to underestimate the power of our own kind acts. In it, Kumar and his team recruited 200 participants in Maggie Daley Park. A control group of 50 participants received a cupcake simply for participating in the study and rated their mood. Another 50 people who did not receive a cupcake rated how they thought the receivers would feel after getting a cupcake.

A third group of 50 people were told they could give a cupcake away to strangers, and were asked to rate their own mood as well as how they believed the recipients would feel. Once again, the researchers found that those who got a cupcake as a result of a random act of kindness felt better than the person on the giving end thought they would.

Also, people who got a cupcake because of an act of kindness rated themselves higher on a happiness scale than those who got one simply for participating in the study, suggesting they got an emotional boost from the gesture, in addition to the cupcake itself.

“I have found that kindness can be a really hard sell,” said Tara Cousineau, a clinical psychologist, meditation teacher and author of The Kindness Cure: How The Science of Compassion Can Heal Your Heart and Your World. “People desire kindness yet often feel inconvenienced by the thought of being kind.”

An act of kindness is unlikely to backfire, she said, and in some instances, it can beget even more kindness. Jennifer Oldham, 36, who lost her 9-year-old daughter, Hallie, in July after a tree fell on the car she was in during a storm, recently created a Facebook group — Keeping Kindness for Hallie — that encourages participants to engage in random acts of kindness. People have bought groceries and baby formula for others in Hallie’s honour. They have donated school supplies and given hydrangeas to strangers.

“No small act goes unnoticed,” Oldham said. “It will help your own heart, maybe even more than the recipients.”