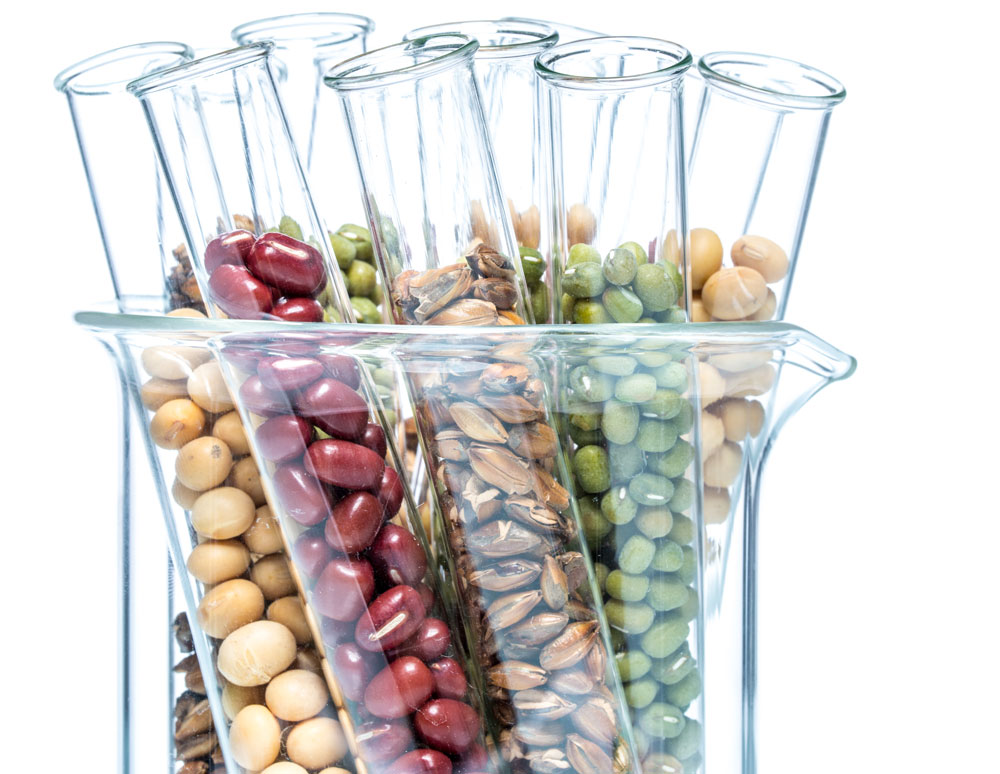 India has established a regulatory and legal framework involving bodies like the Genetic Engineering Approval Committee (GEAC) and Food Safety and Standards Authority of India (FSSAI) and laws relating to environment, food safety, legal metrology and foreign trade to control the production, cultivation, release and import of GMOs. Till date, not a single GM produce that is to be used as food has been approved for commercial cultivation.

So the findings of the CSE study point to lax and impractical regulations and poor implementation. This newspaper recently reported a civil society group’s assertion how an agriculture ministry panel’s approval for the import of papaya, maize and apple seeds or plants can lead to the illegal entry of GMOs and end up as GM food on our plates.

“I’m in favour of GM food,” says Moulinath Acharya, assistant professor at the National Institute of Biomedical Genomics, “because of characteristics like increased shelf life, pest resistance, ability to thrive in adverse environment and enhanced food value.” We know that GM technology is used to introduce or enhance desirable traits in target plants. In my novel, an Indian geneticist, who is in the process of developing a highly nutritive SuperRice, brags in his diary, “If what we are doing here succeeds then we will have eliminated hunger from this world.” In the real world too, Golden Rice, a GM variety, was developed to combat Vitamin A deficiency but counter arguments like loss of biodiversity and simpler dietary alternatives punch holes in this logic.

Nassim Nicholas Taleb, author of The Black Swan, has compared the optimism around GMOs to the optimism about financial markets before the global financial crisis. In a New York Times article co-authored with Mark Spitznagel, he points out fallacies in the arguments of the pro-GMO camp, which often states that there is no evidence of harm caused by GMOs. Through analogies, the authors show that the absence of evidence is not the evidence of absence. Again, the pro-GMO camp points to scientific consensus about the safety of GMOs but Taleb has argued that the invocation of a consensus is not a valid scientific argument.

The safety testing of GMOs uses the concept of “substantial equivalence”. If the GM product is not significantly different in its constituents (such as toxins, nutrients, allergens) from the naturally occurring product, then it passes this test. Critics like Taleb, however, say that nature creates its products through a process where errors remain locally confined while the damage caused by GMOs would be global.

It has been also argued that certain GM technologies will help guarantee global food security. However, studies done by Karlheinz Erb, a social ecologist at the University of Vienna, among others, have indicated that this is not true; changing consumption habits — such as reducing over consumption in the West and reducing consumption of meat — can tackle the global food crisis.

On the other side of such efforts is the desolate darkness of dystopias and end-of-the-world scenarios of fiction. The geneticist of my novel goes on to write in his diary, “Life on earth will never be the same again.” In the final scenes of the book, the citizens of a devastated Asian nation discover what those words could really mean.

The writer has been a climate change campaigner at the UN. His novel on eco-disaster, The Butterfly Effect, has released recently

Golden Rice was developed to combat Vitamin A deficiency. But there are simpler dietary alternatives.
(Thinkstock)

A few months ago, researchers of the Delhi-based Centre for Science and Environment (CSE) chanced upon something quite alarming while testing samples of breakfast cereals, infant food, edible oils and other food products at their state-of-the-art laboratory in Nimli, Rajasthan. Their sensitive qPCR instrument reported the presence of genetically modified (GM) ingredients in almost one-third of these samples — 80 per cent of these GM-positive samples were imported. Yet there was almost nothing on the labels to indicate the presence of GM ingredients, some were even labelled GM-free! Their report made headlines but was quickly forgotten, despite the serious health implications for every consumer. Incidentally, the legal and regulatory framework in this country does not allow GM crops to be commercially cultivated or imported without labelling and approvals.

GM technology — involving the introduction of foreign genetic material (transgenics) or editing of genes — used to alter the genome of plants and create what are called genetically modified organisms (GMOs) is fraught with risks. This is because among other things, no independent, long-term study on the effect on human health have been done which proves beyond doubt that GM food is safe for human consumption. While researching my recent novel on eco-disaster, The Butterfly Effect, and as an environment campaigner earlier, I have closely studied the material put out by those who support GMOs as well as the reasons for countering such optimism.

It is well-known that powerful multinational corporations control the global business of GM crops. As expected, the pro-GMO camp has come up with a variety of justifications to push this technology into the market. The `Geneticliteracyproject.org` website, citing an analysis of 1,783 studies on the safety and environmental impacts of GM food, goes on to state, “the researchers couldn’t find a single credible example demonstrating that GM foods pose any harm to humans or animals.”

The Hyderabad-based Centre for Sustainable Agriculture points out in its fact book that the tests conducted for approval of GM crops are usually performed on rats, whose lifespan is not comparable to humans. In fact, there are numerous studies pointing to adverse impacts of GMOs. One such compilation is available on the Coalition for a GM-Free India website.

The threats from GM food in particular and GMOs in general, as outlined by researchers and activists alike, are manifold. There are well-argued health, environmental and economic reasons to be wary of these so-called Frankenfoods. The American Academy of Environmental Medicine lists infertility, immune problems, accelerated aging, faulty insulin regulation and changes in organs among possible risks from GM food.

There exists a multilateral framework to regulate the transboundary movement and use of GMOs, outlined in the Cartagena Protocol on Biosafety. The Cartagena Protocol repeatedly invokes the “precautionary approach” in its goal to protect biological diversity and human health, which essentially holds that the lack of scientific certainty shouldn’t prevent control measures on products and technologies which pose a threat.