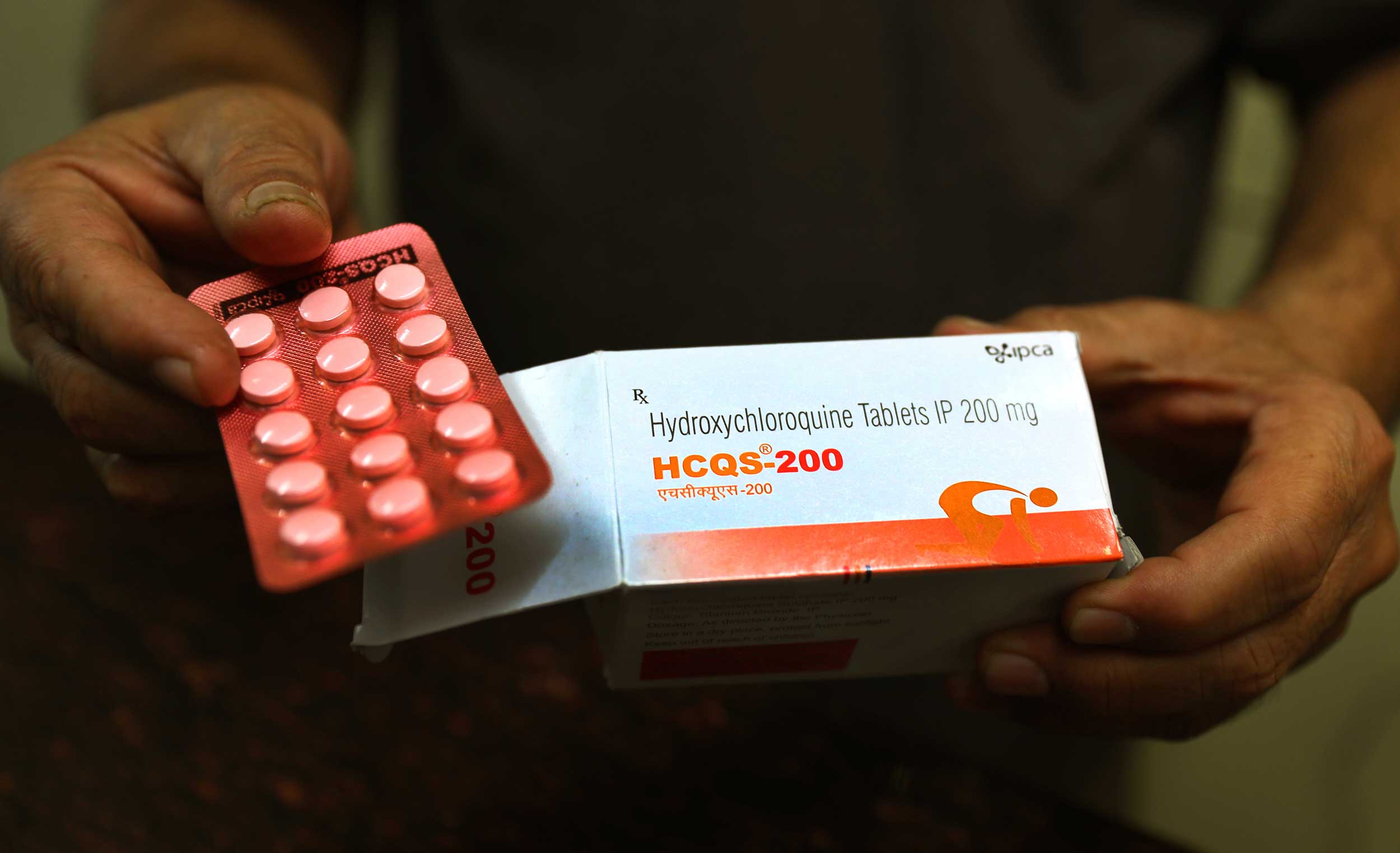 Health authorities in India, America and some other countries are treating Covid-19 patients who have severe symptoms with hydroxychloroquine and azithromycin, citing studies that have suggested the combination might lessen the impact of viral infections.
(AP)
G.S. Mudur   |   New Delhi   |   Published 22.04.20, 09:23 PM

Hydroxychloroquine, the anti-malarial drug India exported to the US after a request from President Donald Trump, does not improve mortality in severe Covid-19 patients or reduce their need for ventilation, US doctors said on Tuesday.

Doctors from the University of Virginia School of Medicine said their study, representing the “best available data”, had found no evidence that hydroxychloroquine (HCQ), used with or without the antibiotic azithromycin, reduced mortality or the need for ventilation in hospitalised Covid-19 patients.

Health authorities in India, America and some other countries are treating Covid-19 patients who have severe symptoms with hydroxychloroquine and azithromycin, citing studies that have suggested the combination might lessen the impact of viral infections.

But Jayakrishna Ambati and his colleagues in Virginia have now urged caution.

“Hydroxychloroquine use with or without azithromycin did not improve mortality or reduce the need for mechanical ventilation in hospitalised patients,” the doctors wrote in a paper not peer-reviewed yet but posted on medRxive.

“On the contrary, hydroxychloroquine use alone was associated with an increased risk of mortality compared to standard care alone.”

The Indian government had earlier this month reversed its decision to ban, without exception, the export of hydroxychloroquine after a request from Trump to Prime Minister Narendra Modi during a phone call.

Trump had told reporters at a White House news conference that he had told Modi he would “appreciate if they (India) would release” the amount of the drug the US had ordered.

The national clinical guidelines set by India’s health ministry too prescribe hydroxychloroquine with azithromycin for Covid-19 patients with severe symptoms, such as severe acute respiratory illness.

The ministry has not yet released data on what proportion of India’s confirmed Covid-19 cases — 20,471 till 5pm on Wednesday — have received this drug combination and how many of those who have received it have survived or died.

A senior Indian Council of Medical Research official had said last week that India planned to conduct an “observational study” on 480 Covid-19 patients who had received the drug combination.

Some doctors have underlined that hydroxychloroquine carries a risk of cardiac toxicity.

The doctors cautioned that their treatment-outcome results were based only on men aged above 65 and might therefore not apply to women or younger hospitalised patients.

Doctors involved in the care of Covid-19 patients in India said that despite the lack of evidence from clinical trials to support its use, many doctors are using hydroxychloroquine to treat patients with severe symptoms or patients with underlying health disorders and therefore at risk of severe disease.