The story of raising hair

Studies have shown that baldness occurs because of an unfortunate combination of genes inherited from both parents, increasing age and decreasing hormones 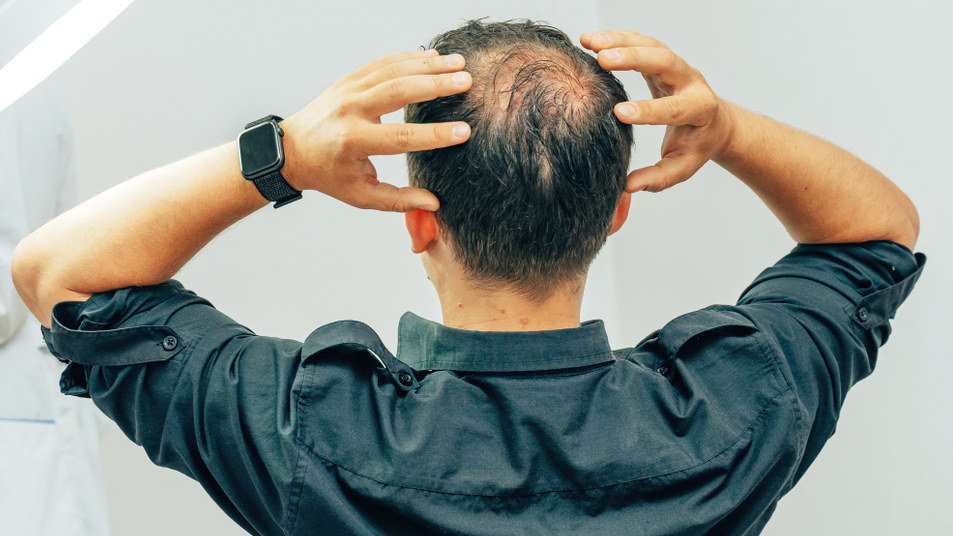 Looking into a mirror and realising that you are losing hair is depressing at any age. The density of hair might become less all over the head or it may begin to thin at the front, sides and crown (male pattern baldness or alopecia). Hair loss can start as early as in the twenties, but it usually becomes obvious by the forties. In women, noticeable hair loss may occur after menopause. Men tend to lose hair on the crown and sides of the forehead, while women tend to lose all over the scalp.

For long, baldness was considered hereditary and it was believed to be carried on the X chromosome. If your mother’s brothers were bald, you were likely to be bald too. Now studies have shown that baldness occurs because of an unfortunate combination of genes inherited from both parents, increasing age and decreasing hormones.

Hair grows from hair follicles, each with its own oil gland. There are around 1,00,000 hair follicles on the head. The strands grow at the average rate of half-an-inch per month. Normal cyclic hair growth and loss occurs in three phases. The anagen or active growth phase lasts two to eight years; hair stops growing during a catagen phase that lasts four to six weeks; and, finally, during a period of two to three months, the telogen phase occurs and some of the hair falls out.

Hair loss occurs at the average rate of 150 strands every day. As age increases and hormone ratios change, some of the follicles die permanently and skin grows over them.

Thyroid disease can also cause hair loss. A diet lacking in essential vitamins such as D3 and biotin and minerals such as iron and zinc too results in hair loss. Continuous stress has been blamed (though without much proof) for not only hair loss but also premature greying.

Attempts are made to reverse hair loss by frequent tonsuring. The short hair that springs up soon after may appear fuller and thicker, but this too is a misconception. Studies have shown no increase in hair growth with tonsuring. Changing the hairstyle, cutting the hair shorter and in steps to give the head a fuller look often helps camouflage hair loss.

Over-enthusiastic treatment of the hair with chemicals and magic serums can also lead to hair fall. Harsh shampoos and conditioners too damage hair. Herbal shampoos are often not better than the commercially available products. To protect hair, use only “paraben-free” shampoos. A Re 1-coin-size quantity should be taken, diluted in a little water and applied to the back of the head, not directly onto the scalp. Preferably, mix a teaspoon of coconut oil with the conditioner before the application.

Minoxidil, which is available in liquid and foam forms, can be applied every night to the scalp, not with the fingers but with the applicator provided. Men can use a 5 per cent solution while only a 2 per cent solution is recommended for women. Fine hair grows within three to four months. This works best for female pattern baldness. If the medication is discontinued, the new hair will eventually be lost again. Minoxidil is expensive and does not work for everyone.

A medication called Finasteride can prevent hair loss in up to 99 per cent of men, especially if they have hereditary and male pattern baldness. The tablet has to be continued permanently once it is started, otherwise the hair will stop growing again.

Finasteride does not appear to be as effective in women. It can also cause birth defects if taken inadvertently in pregnancy.

A permanent solution is hair transplant surgery. Just make sure it is done by qualified medical personnel in a sterile environment to prevent infection and scarring.

The writer is a paediatrician with a family practice at Vellore and the author of Staying Healthy in Modern India.
If you have any questions on health issues please write to yourhealthgm@yahoo.co.in