A single session of exercise alters 9,815 molecules in our blood 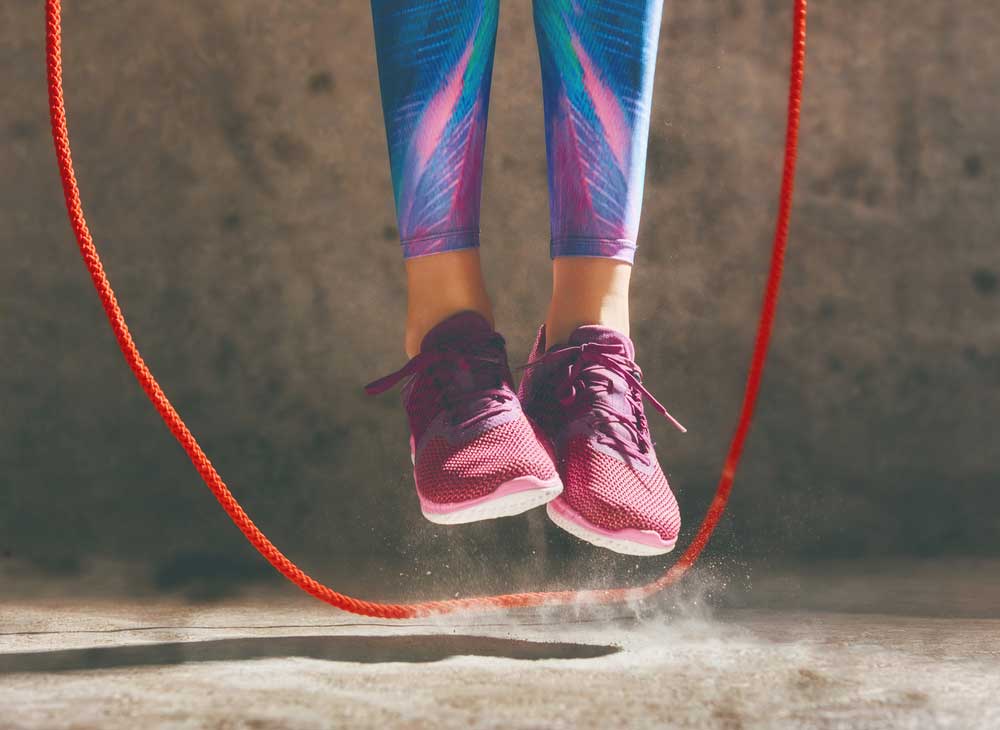 Only in recent years, with the development of sophisticated new techniques for counting and typing the thousands upon thousands of different molecules within us, have scientists been able to quantify more of the substances and steps involved in those processes.
(Shutterstock)
Gretchen Reynolds   |     |   Published 16.06.20, 09:58 PM

When we exercise, the levels of thousands of substances in our bloodstream rise and drop, according to an eye-opening new study of the immediate, interior impacts of working out. The study is the most comprehensive cataloguing to date of the molecular changes that occur during and after exercise and underscores how consequential activity — and inactivity — may be for our bodies and health.

Already, of course, we have reams of evidence that exercise alters our metabolisms, muscles, genes, immune responses, hearts, stamina and almost every other organ and biological system. But only in recent years, with the development of sophisticated new techniques for counting and typing the thousands upon thousands of different molecules within us, have scientists been able to quantify more of the substances and steps involved in those processes.

With these techniques, they have zeroed in on various sets of molecules in our bloodstreams associated with different aspects of our biology. This research generally is known as “omics” science. Metabolomics, for instance, enumerates and analyses molecules in our blood that influence metabolism — everything from appetite hormones to enzymes excreted by gut microbes. Genomics maps the molecules involved in gene expression; proteomics ditto for proteins; lipidomics for fat-related molecules; and so on. Recently, many studies have looked into particular ’omics affected by exercise. Almost all have focused on one arena, such as metabolomics or genomics. But for the new study, published in Cell, scientists at Stanford University, US, and other institutions decided to try to complete a full census of almost every molecule that changes when we work out.

This undertaking is daunting, but these researchers already had been quantifying the various ’omics of a group of about 100 men and women and knew a great deal about their health and fitness. They chose 36 of them, representing an age range between 40 and 75 and a full spectrum of fitness and metabolic health. Some were in good aerobic condition, others out of shape, and some displayed fine blood-sugar control while others were insulin resistant.

The researchers drew blood from each volunteer and then asked them to complete a standard treadmill endurance test, running at an increasing intensity until exhaustion, usually after about nine or 10 minutes of exercise. The researchers drew more blood immediately after this exertion and again 15, 30 and 60 minutes later. Later, they also drew blood from some of the volunteers before and after they had quietly rested, as a control measure.

Then they started counting and characterising a boggling quantity of molecules in each person’s blood. They looked for molecules that were known to change when people exercise, but also for any that might not have been examined in previous exercise studies. They wound up measuring the levels of 17,662 different molecules. Of these, 9,815 — or more than half — changed after exercise. Some increased. Others declined. Some gushed immediately after the exercise, then fell away, while others lingered in heightened or lowered amounts for an hour after the workout.

The types of molecules also ranged widely, with some involved in fuelling and metabolism, others in immune response, tissue repair or appetite. And within those categories, molecular levels coursed and changed during the hour. Molecules likely to increase inflammation surged early, then dropped, for instance, replaced by others likely to help reduce inflammation.

“It was like a symphony,” says Michael Snyder, the chair of the genetics department at Stanford and senior author of the study. “First you have the brass section coming in, then the strings, then all the sections joining in.”

Interestingly, though, different people’s blood followed different orchestrations. Those who showed signs of insulin resistance, a driver of diabetes, for instance, tended to show smaller increases in some of the molecules related to healthy blood sugar control and higher increases in molecules involved in inflammation, suggesting that they were somewhat resistant to the general, beneficial effects of exercise. The levels of other molecules ranged considerably in people, depending on their aerobic fitness.

Overall, the researchers were taken aback by the magnitude of the changes in people’s molecular profiles after exercise, Snyder says. “I had thought, it’s only about nine minutes of exercise, how much is going to change? A lot, as it turns out.”

This study was small and looked at a single session of exercise so it cannot tell us anything about the longer-term molecular effects of continued training.

Snyder and his colleagues are planning follow-up experiments with more volunteers and sustained exercise programmes. They hope to establish whether certain molecular responses to exercise might distinguish people who would benefit from emphasising resistance exercise over endurance training and whether specific molecular profiles indicate who has higher or lower aerobic endurance. This information could allow physicians and researchers to check fitness with a simple blood draw instead of a treadmill stress test.

But for now, the findings emphasise the wide-ranging, pervasive, immediate and individualised effects of exercise, Snyder says. “It’s beautiful music,” he says, “and it’s yours.”