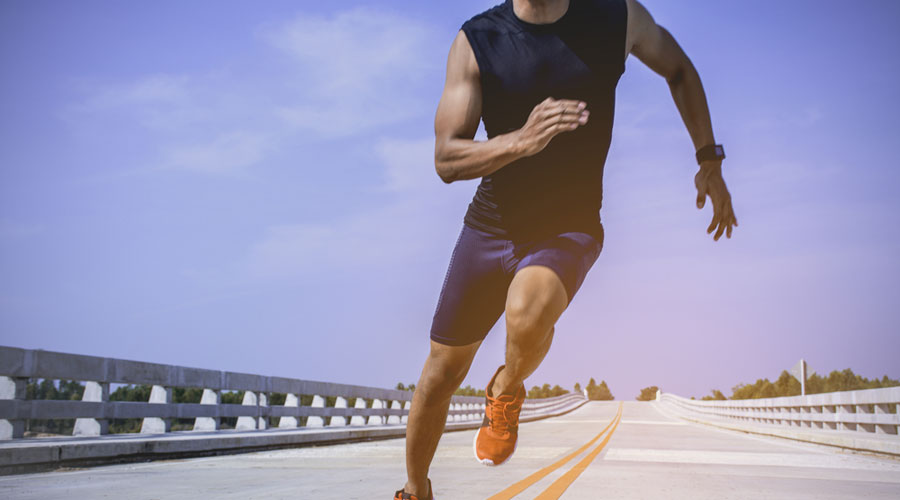 Having an immune system primed to clobber infections and respond robustly to vaccinations is obviously desirable now, during the ongoing pandemic.
Shutterstock
Gretchen Reynolds   |     |   Published 09.09.20, 05:37 AM

If you are an athlete, you may gain greater immunity from a flu shot than people who are less active, according to two complementary and timely new studies of exercise and vaccinations. The two studies, which involved the same group of elite runners, swimmers, wrestlers, cyclists and other athletes, suggest that intense training amplifies our vaccine response, a finding with particular relevance now, as the flu season looms and scientists work to  develop a Covid-19 vaccine.

Having an immune system primed to clobber infections and respond robustly to vaccinations is obviously desirable now, during the ongoing pandemic. And in general, exercise aids immunity, most science shows. People who work out often and moderately tend to catch fewer colds and other viruses than sedentary people. More immediately, if you exercise your arm in the hours before a flu shot, you will likely develop a stronger antibody response than if you rest that arm, a few small studies indicate.

But there have also been suggestions that under certain circumstances, exercise may dampen the immune response. Some epidemiological research and personal stories from athletes hint that intense, exhausting exercise might be detrimental to immunity in the short term. Marathon racers, for example, report catching colds at disproportionately high rates soon after a race, although some physiologists suspect these post-race respiratory problems are inflammatory, not infectious.

The upshot, though, is that many questions have remained unanswered about whether and how strenuous workouts affect immunity and our bodies’ ability to respond favourably to a vaccination, such as the seasonal flu shot.

So, for the new studies, scientists from Saarland University in Germany and other institutions decided to convince a large group of competitive athletes to get vaccinated, an effort more difficult than most of us might expect. In surveys, elite athletes tend to report relatively low rates of vaccination for the flu and other conditions, since many worry the shot will cause side effects that affect their training.

But the researchers managed to recruit 45 fit, young elite athletes, male and female. Their sports ranged from endurance events —  such as the marathon — to power sports — including wrestling and hammer throw — to team sports — such as basketball and badminton. All of the volunteers were in the middle of their competitive seasons during the studies.

For the first of the two experiments involving these athletes, which was published in January in Brain, Behavior, and Immunity, the researchers hoped to establish whether being an athlete and having an athlete’s outsized fitness would goose or impede the young people’s immune reaction to a flu shot. So, the scientists also recruited an additional 25 young people who were healthy but not athletes to serve as a control group. The researchers drew blood from everyone.

Afterward, all of the young people received a flu shot and kept notes about any side effects they felt, such as a sore arm. The groups returned to the lab for follow-up blood draws a week, two weeks and six months after the vaccination. Then the researchers checked their blood for anti-influenza immune cells and antibodies.

They found significantly more of those cells in the athletes’ blood, especially in the week after the shot, when everyone’s cellular reactions peaked. The athletes showed a “more pronounced immune response”, with presumably better protection against flu infection than the other young people, said Martina Sester, who is an immunologist at Saarland University and a co-author of he study.

The research-ers speculate that the athletes’ immune systems had been strengthened and fine-tuned by the daily physical demands and damage of training, allowing them to respond so effectively to the vaccine.

But those results, while notable, did not look at the acute effects of exercise and whether a single, intense workout might alter the body’s reactions to a vaccine, for better or worse. So, for the second of the new studies, which was published in the July issue of the journal Medicine & Science in Sports & Exercise, the scientists returned to the same data, but focussed now only on the immune reactions of the athletes.

They compared the numbers of immune cells and antibodies in those athletes who happened to have gotten their flu shot within two hours of their most recent training session against those of athletes whose shot had come a day after their last workout. If intense training blunted immune reactions, then the first group of athletes would be expected to show fewer new immune cells than those who had gotten their shot after a longer rest.

But the researchers found no differences. Whether the athletes’ inoculations came almost immediately after training or a day later, their immune reactions were the same. A strenuous workout beforehand had not lowered — or boosted — the response.

Together, the two studies tell us that being in shape is likely to increase our protection from a vaccination, no matter how intensely or when we work out before the shot, Sester said.

Of course, these studies focussed on elite, competitive athletes, which most of us are not. But Sester believes even more casual recreational athletes are likely to mount better flu-vaccine responses than sedentary people. Likewise, she and her colleagues expect high fitness should improve immune responses to other vaccines, including, potentially, a Covid-19 shot.

“The basic principles of vaccine response are probably the same,” she said. Future studies will have to confirm that possibility, though, if and when a vaccine becomes available.