Edge of reality: Psychosis and neurosis 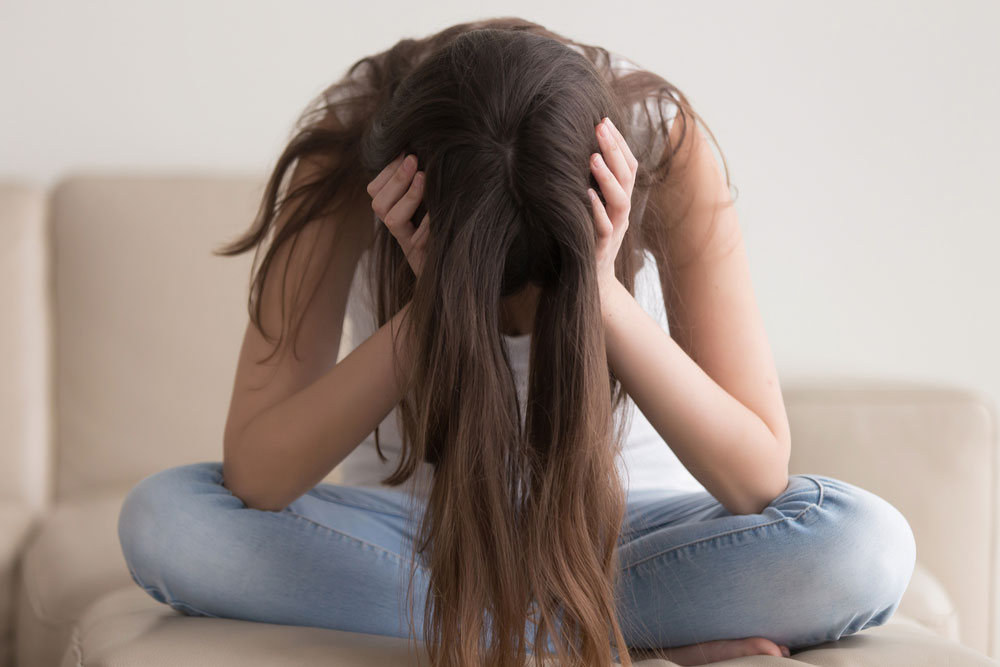 Although psychosis sounds scary and intense, it is treatable with modern medicine and early intervention shows a promising outcome.... But the treatment of neurosis is not at all straightforward.
(Shutterstock)
Sangbarta Chattopadhyay & Namita Bhuta   |     |   Published 05.01.19, 01:05 PM

Mrs Sen was admitted to the hospital due to physical concerns. She was very pleasant and warm and the hospital nurses and staff took a liking to her. She laughed and cracked one-liner jokes. Overall, she appeared gentle, sometimes funny, and a slightly eccentric old lady who occasionally displayed odd behaviour but not odd enough to raise an alarm about her mental health.

The hospital staff let her be on her own until the day she tried to kill herself by hanging with the curtains in the ward. When she was rescued, she was disturbed, angry and agitated, screaming that because of the staff she was not able to meet her people who were the ‘time lords’ and celestial eternal beings, that she was trapped in this body and the only way she could be herself was by leaving this body.

She was clear that she was not committing suicide; she was, on the contrary, trying to live. Her delusion (abnormal beliefs) was fixed and unshakable; it was not an idea for her but her reality. When she was interviewed by the on-call psychiatrist, she displayed all the diagnostic criteria of psychosis, where she mentioned how she communicated with those celestial beings through TV and telepathy, and how they put thoughts in her head directly (thought broadcasting, thought insertion).

She also reported that she heard those celestial voices talking about her, discussing her condition and her options, as a running commentary, which no human could hear but she could as she was one of them (auditory hallucination in third person). She did not have a ‘story’ which could sensibly explain her bizarre beliefs, but she was living in that delusional system where she identified herself as someone non-human in human society.

Psychosis is a condition we know as ‘insanity’ or ‘madness’ where a person loses touch with reality. It is such a scary and taboo topic that the mention of any mental health issue immediately makes us identify it with this condition, and so we shy away from knowing about it or discussing it. We fear psychosis as it doesn’t make sense to us and we don’t acknowledge the person suffering from it as one of our own.

In full-blown psychosis, people perceive things that are not there (hallucination), and may process information and respond to stimuli from the environment in an abnormal way. They have impossible bizarre beliefs about themselves, and the people around them. They lose the ability to interact with reality reasonably or normally. They behave in a chaotic fashion. What they perceive and believe as their reality is so hyper-real for them that it is beyond any logic, reason or argument, unlike normal people where reasonable doubt is part of our everyday experience.

They are unable to develop an insight into the problem as they experience psychosis intensely and organically. However, at times, people with evolving or remitting psychosis have a limited ability to interact with the world without making their symptoms obvious for brief periods of time, like Mrs Sen.

Psychosis can be seen in people suffering from schizophrenia, schizoaffective disorder, delusional disorders and some mood disorders like depression or mania with psychotic symptoms. There may also be brief stand-alone episodes of psychosis secondary to substance misuse, poisoning or some organic illness without chronic mental health problem.

In spite of some interesting theories suggesting otherwise, at this moment, psychosis can be best explained by the biological model of illness which states that our mind suffers psychosis because of a neurochemical imbalance in our brain and somehow that leads to the disintegration of the psychological faculty. That is exactly why the treatment of psychosis is straightforward with medical intervention. Although psychosis sounds scary and intense, it is treatable with modern medicine and early intervention shows a promising outcome.

We all have some neurotic traits

Contrary to popular belief, many of the issues in the context of mental health are not related to psychosis. If at one end of the mental disorder/disease spectrum is psychosis, then on the other end there is neurosis.

Diseases like schizophrenia have a somewhat ‘pure’ psychosis component. Mood affective disorder, which includes depressive illness and bipolar disorder, can display psychotic symptoms as mentioned earlier but can have a strong neurotic factor as well. At the other end are anxiety and stress-related disorders and personality disorders where neurosis takes the centre stage.

Neurosis is being discussed extensively in psychology for ages. It is an umbrella term that includes anxiety, depression, or other feelings of unhappiness and distress. Unlike psychosis, it is caused by our mind’s complex, paradoxical and often contradictory ways to fulfil our psychological needs such as safety, validation, need to belong, defending self-image, ensure value and worth.

Our mind tends to quickly assess a stressful situation, correlates it with our past experience and then strategises to protect ourselves even without our awareness. Past trauma, bad experiences, negative core beliefs may engineer a maladaptive coping strategy within us, which at times causes more dysfunction and struggles than the original problem itself.

However, neurosis may not always be negative; it also serves an essential purpose of keeping our self-image intact. It helps us gather confidence, even if it is false, to go out into the world, interact and experiment. We all have some neurotic traits in our personalities. We might have pushed away love because we couldn’t handle a potential rejection. We might not have tried out new things as we couldn’t handle the possibility of failure. We might have avoided being alone and sitting with ourselves as we didn’t want to face ourselves and challenge our self-image.

There are many examples of how our mind is constantly trying to protect and guard us often in a rather myopic way, sacrificing long-term good. Owing to this, at times, our mind may compel us to act, behave and react in a manner which may consistently affect our lives negatively and we may have to struggle to have a functional life.

A matter of motivation

The treatment of neurosis is not at all straightforward. It requires immense motivation from the sufferer to face themselves, examine their life choices as authentically as possible, recognise and acknowledge their own dysfunctional ways, and take responsibility to change without creating a cycle of self-loathing and self-judgement.

Medicine has very little role to play in a neurotic struggle as it’s our mind which creates the struggle in the first place. It is imperative to remember that although our mind itself creates the problem, it is not a conscious choice. Much of the strategising happens at a deep unconscious level, hence it is not a drama or conscious manipulation. The struggle and suffering are real and neurosis can seldom be tackled with just ‘snapping out of it’, ‘manning up to it’ or just ‘distracting oneself’ as many of us tend to advise those suffering from it. The recovery and change are rather slow and effortful, with lots of ups and downs and setbacks.

As mentioned earlier, much of the psychiatric illness has a strong neurotic component, which we can actively work upon. A therapist or a counsellor might help one, but the role of a therapist is only to show how one can transparently see oneself, and if one chooses to, the ways in which to change oneself.

The most distinctive factor of neurosis is that with genuine effort, we can gain insight into our own struggles, although we may not be consciously aware of it, and identify our own contribution to the problem, hence finding a reasonable way to work with ourselves and become more functional and skilled at navigating life.