Advertisement
Home / Health / After Europe, breast implants recalled in the US

After Europe, breast implants recalled in the US 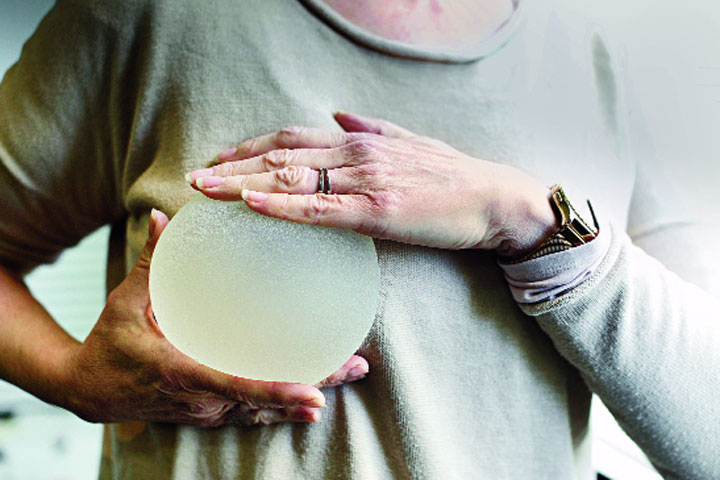 Textured breast implants made by Allergan that have been linked to an unusual cancer are being recalled in the US at the request of the Food and Drug Administration (FDA), and will also be recalled globally. The FDA decision, based on an increasing number of cases and deaths from the implant-associated cancer, lags far behind action in Europe, where the Allergan devices were effectively banned late last year.

Worldwide, 573 cases and 33 deaths from the cancer have been reported, with 481 of the cases clearly attributed to Allergan Biocell implants, the FDA said. Of the 33 deaths, the agency said its data showed that the type of implant was known in 13 cases, and in 12 of those cases the maker was Allergan. “The data regarding deaths was particularly informative of our decisions,” said Dr Jeffrey Shuren, director of the FDA’s Center for Devices and Radiological Health.

The disease is anaplastic large-cell lymphoma, a rare cancer of the immune system. It is not breast cancer, but develops in tissue around the implant. In most cases, removing the implant and the scar tissue around it cures the cancer, but if it is not detected early it can spread and kill the patient. The condition has occurred with implants placed for cosmetic breast enlargement and with those used for reconstruction after mastectomy for breast cancer. The FDA first recognised the link to breast implants in 2011.

The lymphoma is rare, given that millions of women have breast implants. Breast enlargement is the most popular type of plastic surgery in the US, with more than 3,00,000 operations performed in 2017, a three per cent increase over 2016, according to the most recent data from the American Society of Plastic Surgeons. About 1 lakh other women received implants in 2017 during reconstructive surgery after mastectomy. Despite the low incidence of the lymphoma, the FDA said: “we believe all individuals who are considering a breast implant of any type be informed of the risk of developing” the disease.

The Biocell textured implants carry a risk that is about six times that of other textured implants sold in the US, the agency said. Hundreds of thousands of US women have Biocell implants, Dr Binita Ashar, director of the FDA’s Office of Surgical and Infection Control Devices, said.

The main symptoms of the lymphoma are usually swelling and fluid accumulation around the implant. If those symptoms occur, the fluid should be drained and tested for the cancer. Women who have these implants, but no symptoms, do not need to have them removed, the FDA said. The recall means that doctors and hospitals should not implant any more of the devices and should return any on their shelves to Allergan, a major international manufacturer of breast implants. “Patient safety is a priority for Allergan,” the company said in a statement, “and patients are advised to speak with their plastic surgeon about the risk and benefits of their implant type should they have any concerns.”

Dr Mark Clemens, a plastic surgeon at the M.D. Anderson Cancer Center in Houston, US, who has been studying the lymphoma, said he supported the FDA’s decision. “We have tried to give them all the data and the information that they need to make this decision,” he said.

The agency held two days of emotionally charged meetings in March, hearing from women who had had lymphoma and others who had developed debilitating symptoms like pain and fatigue after receiving implants, which the FDA had acknowledged might occur. The lymphoma patients called for a ban on textured implants. But the agency declined to ban the implants, saying the lymphoma risk was low and there was not enough data to justify taking the devices off the market. But a significant increase in the number of cases led the agency to act.

Raylene Hollrah was treated for the implant-associated lymphoma in 2013 and has become an advocate for patients. “It’s a win for us, finally,” she said. “We’ve been advocating for a long time, and it’s the right thing to be done. We’re just disappointed it took this long.”

Hollrah, who testified at the FDA meeting in March, added, “Our work is not done yet.” She and other advocates hear from patients every day seeking help with lymphoma, including some who had implants that were not part of the recall. Many of those patients had received incorrect diagnoses or had difficulty getting doctors to take their symptoms seriously.

They also said they were considering changes to the labelling of breast implants, like adding a black-box warning to draw attention to the risks, and requiring doctors and patients considering the surgery to go over a checklist to help women understand the benefits and risks of the devices.