A lowdown on the suspected carcinogen found in Ranitidine pills 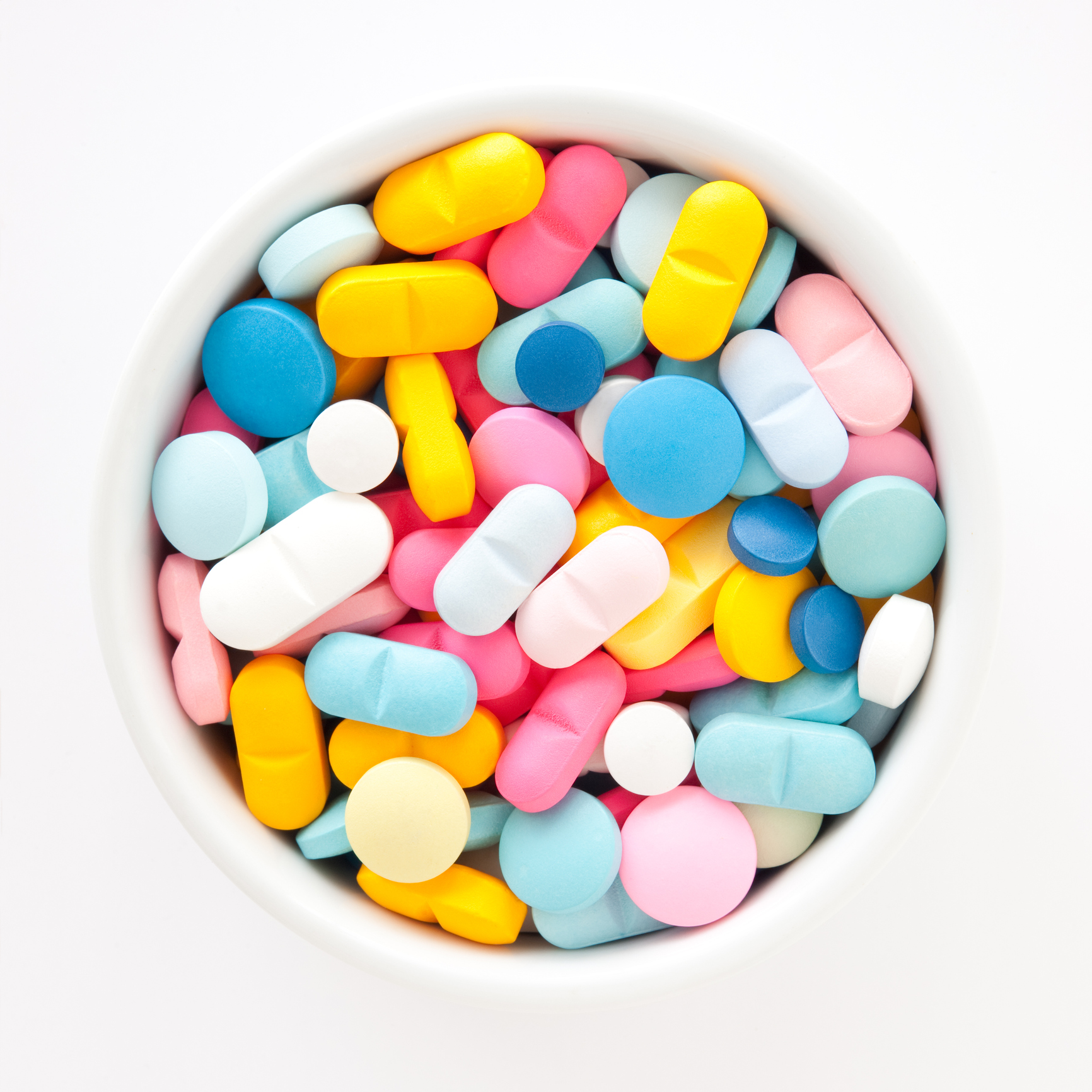 A US online pharmacy, Valisure, which tests all drugs before selling them (the only one in the US to do so), red-flagged back in June to the FDA that it had found “extremely high levels” of NDMA in Zantac and generic versions of the drug.
iStock
New Delhi   |   Published 07.10.19, 06:01 PM

The latest findings are now in from the US Food and Drug Administration (FDA) on the presence of a suspected cancer causing carcinogen in the popular antacid drug Zantac and its generic counterparts – and they could cause heartburn for companies which make the medication.

The US health regulator says it’s found “unacceptable levels” of the potential cancer-causing impurity known as NDMA in Zantac and the copycat versions known by the generic name of Ranitidine. That marks a big change from the FDA’s earlier statement in which it said the medication contained just a little NDMA and posed only a very low risk of cancer.

So, what is NDMA? It’s a chemical whose full name is N-nitrosodimethylamine and it’s the same probable carcinogen found last year in a class of blood-pressure medications known as sartans that resulted in dozens of recalls worldwide of the hypertension treatment. It’s also found in cured meat, like bacon, and grilled meat.

A US online pharmacy, Valisure, which tests all drugs before selling them (the only one in the US to do so), red-flagged back in June to the FDA that it had found “extremely high levels” of NDMA in Zantac and generic versions of the drug. The FDA began its own tests and initially reported finding “very low levels” of NDMA in the pills and that it posed no danger.

But now it’s done more tests and discovered “unacceptable” NDMA levels without giving readings. Still, the US regulator says the amount of NDMA it’s detected is nowhere near the stratospheric levels found by Valisure. The difference may stem from testing methods. The FDA uses a low-heat method of testing the antacids, not the high-temperature method employed by Valisure. The FDA says Valisure’s high-temperature method actually creates NDMA and as a result shows much higher levels of the carcinogen.

Valisure rejects the FDA’s assertion its testing methods generate the high NDMA levels. The big problem, Valisure says, is that the Ranitidine molecule is so inherently “unstable that a wide variety of conditions have been shown to degrade it into NDMA by many scientific groups,' such as when it’s digested.

The company says the contamination of Ranitidine products is a worry but “the significantly more serious problem is Ranitidine’s potential to form millions of nanograms of NDMA, a known carcinogen, in the human body”.

Valisure says its test, mimicking the stomach’s environment, yielded as much as 3,000 micrograms of NDMA from a 150-mg tablet of Zantac pills and its generics. It’s an alarming finding considering that following the recalls of blood-pressure drugs ordered in July 2018, the FDA said it was “reasonably safe” to consume just under one microgram of NDMA per day.

A 2016 Stanford University study suggests Valisure may be on to something in suggesting Ranitidine converts to NDMA in the body. The study found an average of 48 micrograms of NDMA in urine samples collected over a 24-hour period after participants took a 150-mg Ranitidine dose. That was a 400-fold increase from baseline levels.

According to Bloomberg News, consuming a single pill of Valsartan with 17 micrograms of NDMA would equal eating 48 pounds of bacon. For every 8,000 people who took the highest dose of contaminated Varsartan daily for four years there would be one extra cancer case. European authorities assessed the risk as far higher -- at one out of every 3,390 people. The Stanford study suggested further investigation to “evaluate the risks attributable to NDMA associated with chronic consumption of Ranitidine, and to identify alternative treatments that minimise (NDMA) exposure.”

'We don't know if the Ranitidine was converted to NDMA in the stomach or in the body (e.g., liver), because we only measured the urine. But we suspect some conversion in the body since the levels we were seeing were higher than previous measurements of NDMA in human gastric juice after Ranitidine consumption,” the study’s co-author William Mitch told the US medical website MedPage.

Valisure has issued a “citizen’s petition” calling on the FDA to seek a recall of all Ranitidine products. “There’s no acceptable cancer risk for a drug like this,” said Valisure’s chief executive David Light.

The FDA doesn’t know how the NDMA it’s found in Ranitidine drugs got into the medicine and says it may have happened during the manufacturing process. One thing that’s known is that NDMA can form if manufacturers fail to tightly control the chemical reactions that can occur while making drugs, the FDA said.

Since revising its findings to report “unacceptable” levels of NDMA, the FDA started asking US patients to return certain batches of Ranitidine. But even before, many drugmakers were taking no chances. (Dozens of lawsuits have been filed against drugmakers over the NDMA-tainted blood-pressure pills).

Early on, as developments unfolded, two leading Indian drug firms, Dr Reddy’s and Strides, stopped Indian and global distribution of Ranitidine. Other Indian drugmakers are still marketing the drugs while India’s top drug regulator, the Central Drugs Standard Control Organisation, has asked its state-level counterparts to get drugmakers to test Ranitidine for NDMA.

Other global major manufacturers, like Britain’s GlaxoSmithKline, the original developer of Zantac, have announced recalls and other countries like Canada, South Korea, Germany and Bangladesh have asked for recalls.

So, what’s the drug alternatives to Ranitidine? The good news is there are plenty of over-the-counter alternatives that treat acid reflux, stomach ulcers and the like including Lansoprazole, Esomeprazole, Famotidine, Omeprazole, Pantoprazole and calcium carbonate. Check with your doctor though on what they think may be a suitable alternative.

Then, also, there are natural ways to treat your stomach acid. Heartburn stems from stomach contents entering the oesophagus where stomach acids can burn the tissue. You may be able to figure out which foods cause your heartburn and eliminate those from your diet. Potential triggers can include tomatoes, coffee, alcohol or spicy food. Also, eating smaller meals can lessen heartburn risks. Wearing looser clothing can also help. Anything that puts pressure on your stomach, like a tight belt, can cause heartburn. And don’t lie down immediately after eating.

But the problems that have cropped up with the heartburn and blood pressure drugs may only be the tip of the iceberg. Experts warn there may be many other drugs that contain potentially harmful impurities. The FDA and other global regulators scrutinise new drugs closely before approving them as safe for sale. But generics, which are cheaper copies of the original drugs and are produced in much vaster quantities get far less regulatory attention due to lack of manpower and resources.

A new book by Katherine Eban, called Bottle of Lies: The Inside Story of the Generic Drug Boom, has highlighted faulty practice among generic makers in India and China coupled with a weak international regulatory system and the risks this poses to patients. “As the US FDA struggles with Valisure over Ranitidine testing methods, let’s keep our eye on the ball -- the story blew up because almost no-one is testing” except for one US online pharmacy,” Eban tweeted.