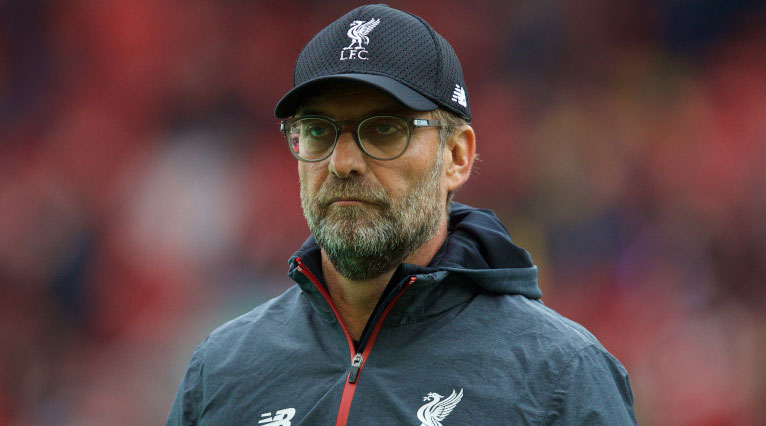 Leeds United waited 16 years to get back into the Premier League in order to compete with the best and while they suffered a 4-3 loss to Liverpool, it was clear from Saturday’s showing that Marcelo Bielsa’s side are an exciting addition to the top flight.

The promoted club came back three times to equalise against the champions, they enjoyed the majority of possession and played with a relentless verve and energy and without the slightest hint of stage-fright.

The only pity was that this pulsating encounter took place, like every other game this weekend, in an empty stadium — this was exactly the kind of clash that would have had Anfield on its feet.

It can often come across as patronising when a winning manager praises defeated opponents but Juergen Klopp’s post-match comments were a sincere appreciation of Leeds’ approach to the game.

“I congratulated every one of their team, what a team they are. Unbelievable. I will watch them quite often during the season.”

Bielsa’s side defended with a deep line but while other teams who have adopted that approach at Anfield have bunkered down for a long day of defending, Leeds took the game to Liverpool.

It is an approach which stretches the field, creating open areas in midfield which can be very risky against a team of Liverpool’s quality.

But it worked, for the most part, because Leeds covered so much ground with their impressive work-rate and because they had the skill and organisation to move the ball swiftly through the lines.

“I said before the game, we will all struggle against them, 100 per cent, because the way they play is just uncomfortable. It is different to all the other teams,” said Klopp.

It was an approach which worked — forcing Liverpool away from their usual tactic of a high-press and leaving them needing to operate deeper.

“We cannot just press them in their own box always because that’s where they play out, it’s impossible... so we needed a compact formation,” said Klopp.

Such has been the focus on Argentine Bielsa and his demanding system that the individual quality in the Leeds side, which won the Championship title last season, is often underplayed.

But while they ultimately paid the price for defensive errors, there were some excellent performances from a team making their bow in the top flight.

Full-back Luke Ayling powered up and down the right flank and Polish international Mateusz Klich added a well-taken goal to an outstanding all-round midfield display.

“You can say that Liverpool were not at their best but they were not allowed to be at their best. Leeds hunted them down for a large part of that game. I don’t think they enjoyed the experience.

“Liverpool normally do that to teams that they play. They normally put teams under pressure and outwork them. Liverpool were outworked,” he said.

Bielsa was not joining in the praise of his team, however.

“I can never be happy in defeat,” said the former Athletic Bilbao and Chile coach.