Advertisement
Home / Entertainment / ‘We decided to go with our imagination... and stay away from Star Wars’

‘We decided to go with our imagination... and stay away from Star Wars’

Patrice Vermette on creating the world of Dune 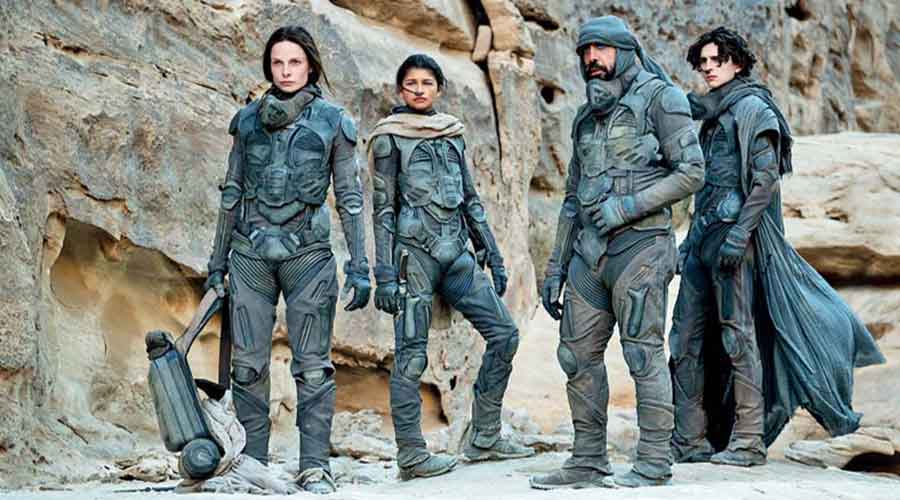 This is my first-ever interview with India,” are Patrice Vermette’s first words when we log in for an early morning video call. The prolific production designer and art director — who has films like Arrival, Sicario, Prisoners and Vice to his name —  now lends his vision and expertise to bring alive what is possibly his most challenging work yet.

Dune, Denis Villeneuve’s ambitious retelling of the 1956 Frank Herbert-authored science-fiction novel of the same name, which was also adapted (albeit unsuccessfully) into a 1984 film by David Lynch, is set in the far future and required Vermette to create a landscape that was both fantastical and yet rooted in reality.

The film — which boasts a strong ensemble cast comprising Timothee Chalamet, Rebecca Ferguson, Oscar Isaac, Josh Brolin, Stellan Skarsgard, Dave Bautista, Zendaya, Jason Momoa and Javier Bardem, among others — releases in movie theatres on October 22. Before that, Vermette chatted with t2 on what it was like to design the remarkable world of Dune.

Dune premiered at the Venice International Film Festival in September and has released in select markets. What’s been the best thing you’ve been told so far about your work in the film?

The most surprising feedback that came my way was when I was doing an interview for a travel magazine and they asked me about the locations for the film. I started talking about Jordan, Abu Dhabi, Norway, and obviously the studio stuff wherever we were based. And then the interviewer asked me, ‘I am very intrigued about that scene in the big dome in the sand where the Fremens hide. Where was that shot?’ And I was like, ‘Thank you! That’s a set!’ (Laughs) It was shot at the Origo  Film Studios in Budapest.

Every time that I work with Denis (Villeneuve, director), my approach is always to build things in a way that they are believable. Dune is set in the far future, but we set the action in landscapes and buildings that human beings can relate to somehow. That’s how both Denis and I think we can make the audience believe in the most extraordinary aspect, the fantastical aspect, of the story.

This film is in the genre of science fiction and it could have been anything, but we wanted to ground everything we did in some sort of reality. That also went into creating immersive spaces for the actors and the crew so that they didn’t have to work against blue or green screens. Obviously, there is a lot of VFX in the film, but whenever we could, we built full-scale sets. That enabled the actors to anchor in their performances and say, ‘Okay this is a real world, this is a real door.’

What was the brief given to you for this film?

Denis told me about how important this book is in his life. I told him that I would treat that with the most respect for him and for all the other fans of the book. Part of the brief was to go back to the book and with my eyes filtrate and look into any details that I could add to the design. For the atmosphere, we looked at pictures of Richard Avedon, we looked at Ziggurat architecture, at bunkers from the Second World War.... We also did some sketches for the ships and Denis would give me the go-ahead every time I felt something was interesting and I would present it to him. We built worlds together.

Denis told me how he felt when he first read Dune and we decided to go with our imagination... and stay away from Star Wars! (Laughs) That was for obvious reasons. 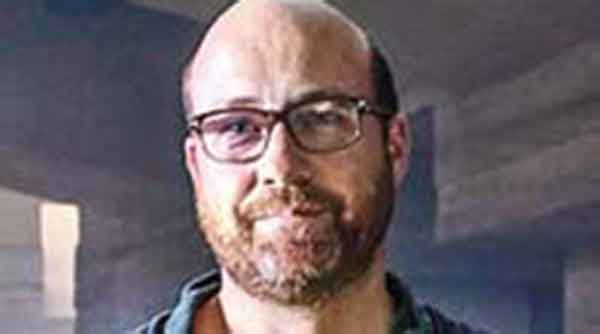 What was the toughest bit about working on a film where every element seems challenging?

It was tough. I like challenges, that’s my fuel. But to be working with Denis is always fun. There is always love and encouragement to go further, and hence the tough part becomes fun. It was also very stimulating. Apart from the script, we always went back to the book. And Frank Herbert gives enough clues about how things should be, but doesn’t say how they are actually (smiles). The Ornithopter is a ship with bird wings that flies... that’s it. When you talk of the sandworm,  you also have to talk about the crysknife whose blade was made from the tooth of a dead sandworm of Arrakis. Herbert defines a lot of the world, but also leaves a lot of room for the imagination. It’s very stimulating.

Honestly, I have to treat this as a whole. I can’t pinpoint a specific bit as more tough or more fun. I had to build worlds that made sense. Making Arrakis (the desert planet in Dune) was not just about designing for the sake of designing. I had to go back to the book again and again and think about how the history of that world would be. Plus, in terms of logistics, the wind there moves at 150kmph per hour and that influenced the design a lot.

When we built it, we had to keep in mind desert storms as well as worms that would attack the city. We needed a city that had a protective environment and that’s why we set it in a mountain dome. The book says that Arrakis has the biggest residency ever built by humankind. Being able to play with that kind of scale was exciting as well as challenging.

I like the design of the original David Lynch movie, I felt that it had succeeded in what the book meant to me and to its fans. With Dune, we have had the opportunity to leave our fingerprints on it and give it it’s own identity. Just like how the people who first made Star Wars created a whole new world, their own version of it. I know it sounds very pretentious when I say it, but I really looked at it as an opportunity.

What has been the impact of Frank Herbert’s book on you?

The book, frankly, didn’t have that kind of an impact on me as it did on Denis. I was sci-fi junkie for sure and I loved films like Tron. I liked the TV series Battlestar Galactica. I grabbed any kind of science fiction, whether it was good or bad. And when I read Dune, I realised that there were a lot of elements that Star Wars took from it! (Laughs) But funnily enough, Dune the book didn’t have as much of an impact on me as Star Wars did.

Arrival to Sicario to Prisoners, you’ve worked on many films with Denis. Do you have a shorthand with him on set?

Yes, of course. We come from very similar backgrounds, family-wise. We are more or less the same age. We come from the same independent film-making community. We like the same type of contemporary art. We have a shorthand aesthetically. Dune is our fifth film together, and hopefully not the last! (Laughs)

What got you interested in art and production design?

I was seven when my dad took me to watch Star Wars. I was blown away by the music by John Williams and I loved the world-building. From the ages of seven to 11, the basement of my parents’ house in a suburb in Montreal became my playground. I was building science-fiction worlds there. When my parents had friends over for dinner, they would proudly take them down and tell them, ‘Look at the worlds our son is creating.’ (Laughs). Denis was making storyboards and I was building worlds in my basement and backyard.

Which film’s world-building has impressed you the most?