The song was released in Israel earlier this month 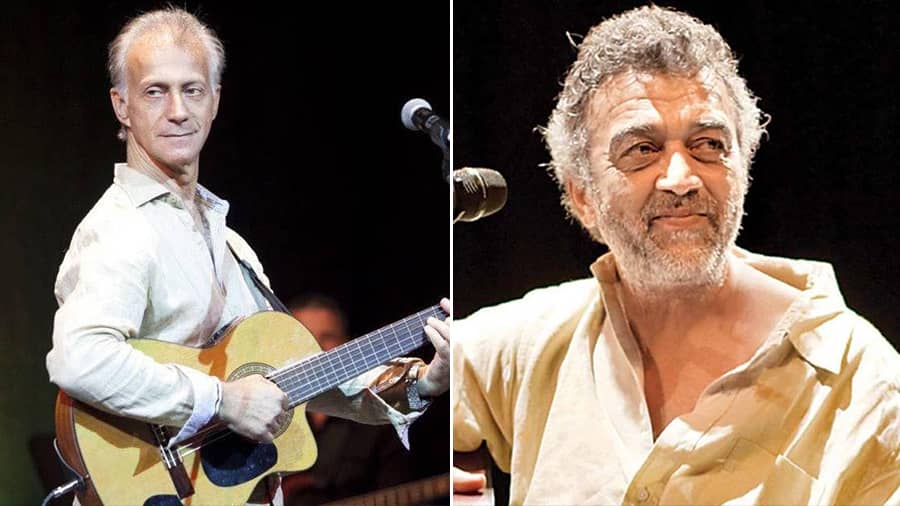 Matti Caspi, one of Israel's most well-known singers, has teamed up with Indian singer Lucky Ali on a romantic number amid growing signs of collaboration between artists of the two countries.

For Caspi, who has entertained Israelis with his songs since the 1970s, the release of the song is “like a childhood dream coming true”.

“Since I was a little boy, I used to listen to programmes once a week on the radio and I heard music from all over the world, including India. When I heard the music from India, I started to dream in a way. I don't know why but it caused me to dream,” said Caspi, who for decades has been a sensation in the local musical space.

“When I grew up, I watched some Indian movies, probably from Bollywood, and I then started to develop some interest in the dance, rhythm and music of India. Then, I realised that Indian music is completely different from the other places in the world. It is original and so rich with many rhythms and styles in it,” he added.

Two years ago, Caspi recalled he had managed to compose a song that he realised was the result of the Indian influence on his musical sensibilities. With this realisation, the Israeli singer reached out to his mission in Delhi, asking for suggestions to partner with an Indian singer on the song. After going through works of several artists, he heard Ali and thought “his voice is exactly what I am looking for”.

The duo started exchanging notes: Caspi sent his composition to Ali and told him that the composition in Hindi doesn't necessarily have to be a translation but something that should go well together, something similar in the rhythm.

It turns out that the Hebrew composition Maga'an/Anchorage, a romantic number of a lover urging his beloved to come to him, and Ali's composition not only reflect a similar rhythm, setting and sentiment, but are also almost identical in meaning.

“I have no idea as to what Lucky Ali is singing but to me it sounds great and gels along with what I sing,” he added.

Maga'an, the Hebrew song, could literally mean ‘anchor’ or ‘anchorage’, and interestingly somehow reflects both sentiments. The same goes for Ali's ‘Mere Saath Aa, Mere Paas Aa’ (Come with me, Come to me).

The song was released in Israel earlier this month and Caspi hoped it will also be well received in India when it reaches people there.

“The artist wants good feedback. It is something I am longing for but I am prepared for both ‘yes’ and ‘no’. If they say ‘yes’, I am happy. If they say ‘no’, I understand. I will not be sad because it is a matter of taste, not an issue of ego," the Israeli singer said.