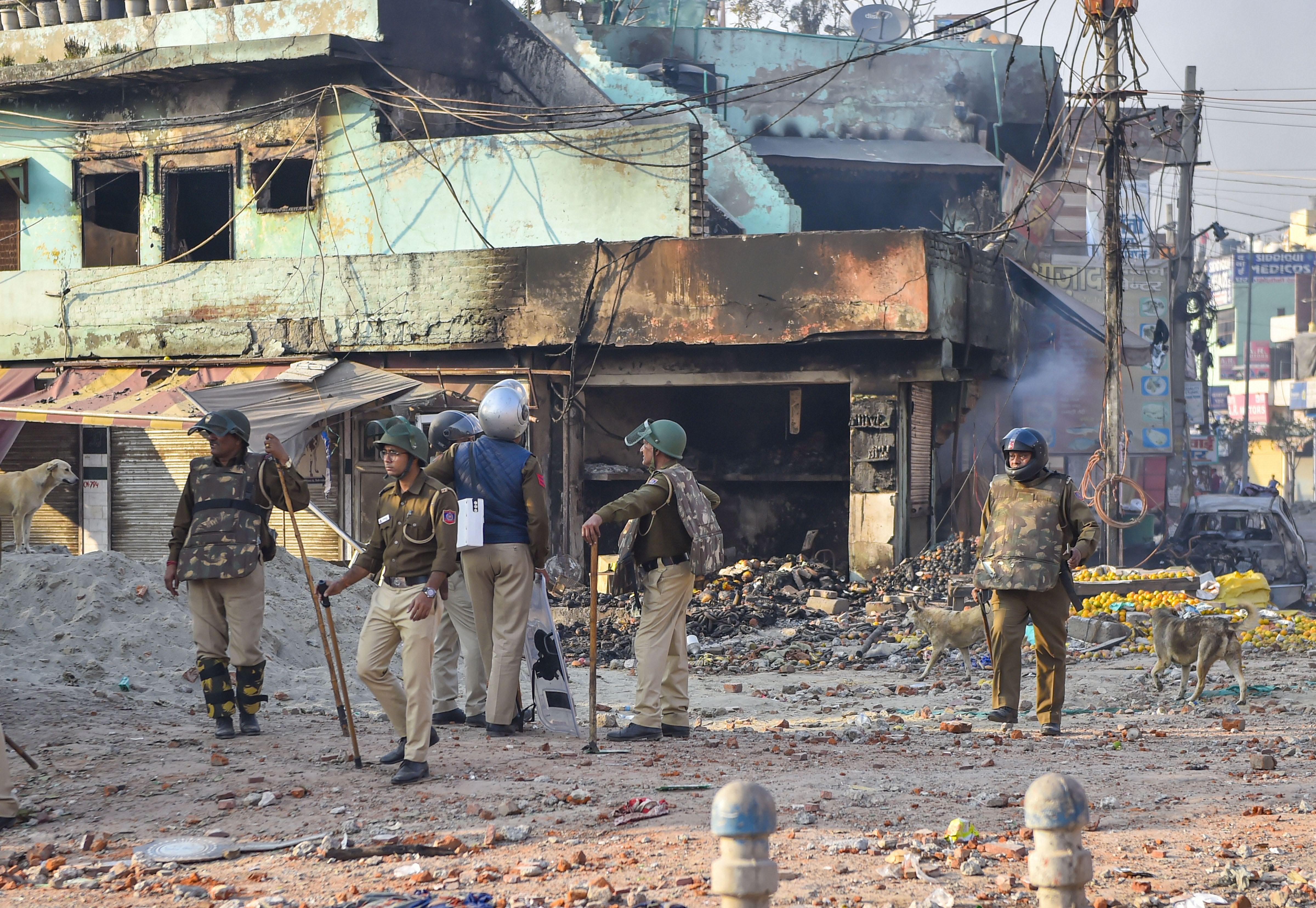 Security personnel stand guard near a neighbourhood vandalised by rioters during clashes between those against and those supporting the Citizenship (Amendment) Act in north east Delhi, Tuesday, February 25, 2020
PTI
PTI   |   Washington   |   Published 26.02.20, 04:36 AM

The violence over the amended citizenship act in India's capital New Delhi drew sharp reactions from US lawmakers with the mainstream media prominently reporting it along with the just-concluded visit of President Donald Trump.

Reacting to the violence that has claimed at least 13 lives in the past a couple of days till Tuesday, US Congresswoman Pramila Jayapal said the 'deadly surge of religious intolerance in India is horrifying'.

'Democracies should not tolerate division and discrimination or promote laws that undermine religious freedom,' she said in a tweet, adding that the 'world is watching'.

This deadly surge of religious intolerance in India is horrifying. Democracies should not tolerate division and discrimination, or promote laws that undermine religious freedom. The world is watching. https://t.co/vZNsCfNbUZ

The Indian Parliament had passed the Citizenship Amendment Act (CAA) last year, resulting in a series of protests across the country.

Jayapal had last year introduced a Congressional resolution urging India to end the restrictions on communications in Jammu and Kashmir and preserve religious freedom for all residents.

Congressman Alan Lowenthal too termed the violence a 'tragic failure of moral leadership'.

'We must speak out in the face of threats to human rights in India,' he said.

Democratic presidential candidate and Senator Elizabeth Warren also a swipe at the violence, saying, 'It's important to strengthen relationships with democratic partners like India. But we must be able to speak truthfully about our values, including religious freedom and freedom of expression, and violence against peaceful protesters is never acceptable.'

The violence in Delhi prominently featured in the mainstream media.

The Washington Post reported, 'The riots represent a serious escalation of tensions after months of protests in response to a controversial citizenship law and growing frictions between supporters and opponents of the government of Prime Minister Narendra Modi.'

'As President Trump toured India's capital, at least 11 people were killed in communal clashes that have upended a working-class neighborhood,' The New York Times said.

In a tweet, US Commission for International Religious Freedom said it is alarmed by reports of 'deadly mob violence targeting Muslims in New Delhi'.

It urged the Modi government to rein in the mob and protect religious minorities.

USCIRF is alarmed by reports of deadly mob violence targeting Muslims in New Delhi, #India and urges the #Modi government to rein in mobs and protect religious minorities and others who have been targeted. #DelhiViolence #CAAProtesthttps://t.co/MiUaDI2GnQ