Subdued Holi in Delhi due to coronavirus threat 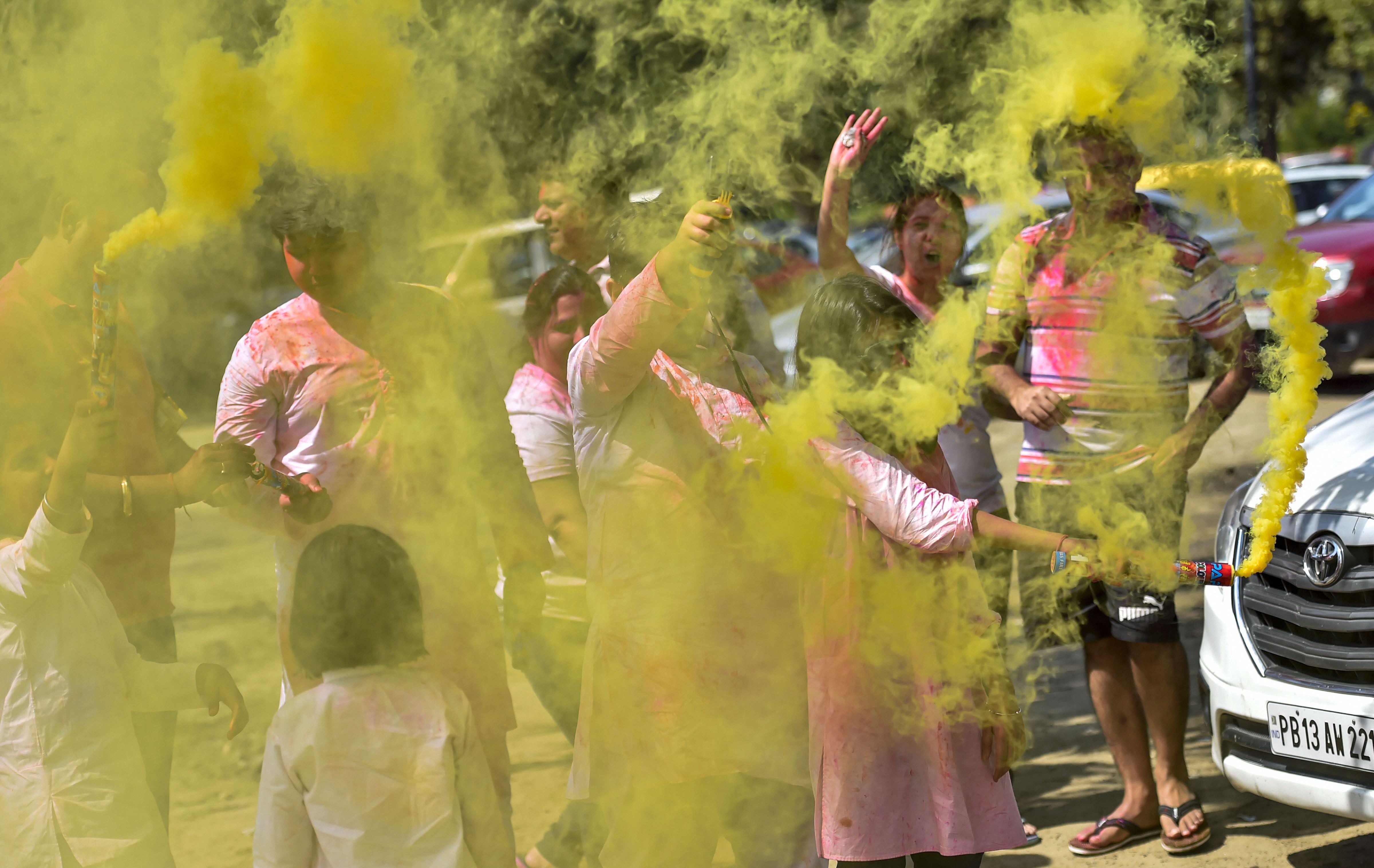 The national capital witnessed a subdued celebration of the festival of colours on Tuesday due to the threat of coronavirus, while in parts of riot-affected northeast Delhi most people played Holi inside their houses amid heavy presence of security forces on the streets.

While many chose to skip the celebrations altogether, some preferred small gatherings of friends and relatives but without colours. Some, however, played Holi only with 'gulal'.

Chief minister Arvind Kejriwal stayed away from Holi celebrations this year. He had earlier said that he would not play Holi this year due to the coronavirus threat and last month's riots in northeast Delhi that claimed 53 lives.

'Happy Holi. Please take care of yourself while playing Holi. Please protect yourself from coronavirus,' the chief minister said in a tweet in Hindi.

The national capital has reported four coronavirus cases so far. Health experts and the government have advised people to stay away from large gatherings.

The United Residents Joint Action, the apex body of Resident Welfare Associations (RWA) of the city, had also issued an advisory against holding public engagements or 'Holi milans'.

Rita Sharma (60), a resident of Saket, said every year on Holi the E Block Central Park sees many food stalls being put up and gathering of a large number of people, but this time the celebrations were called off due to the fear of coronavirus.

While 22-year-old Bipasha Mukherjee (22) said she chose to play cards with friends than with colours due to the coronavirus threat, Vinod Kumar (30), a resident of Ashram, said he chose to play Holi without water.

'Some of my friends played Holi with water but I chose otherwise because of coronavirus,' Kumar said. 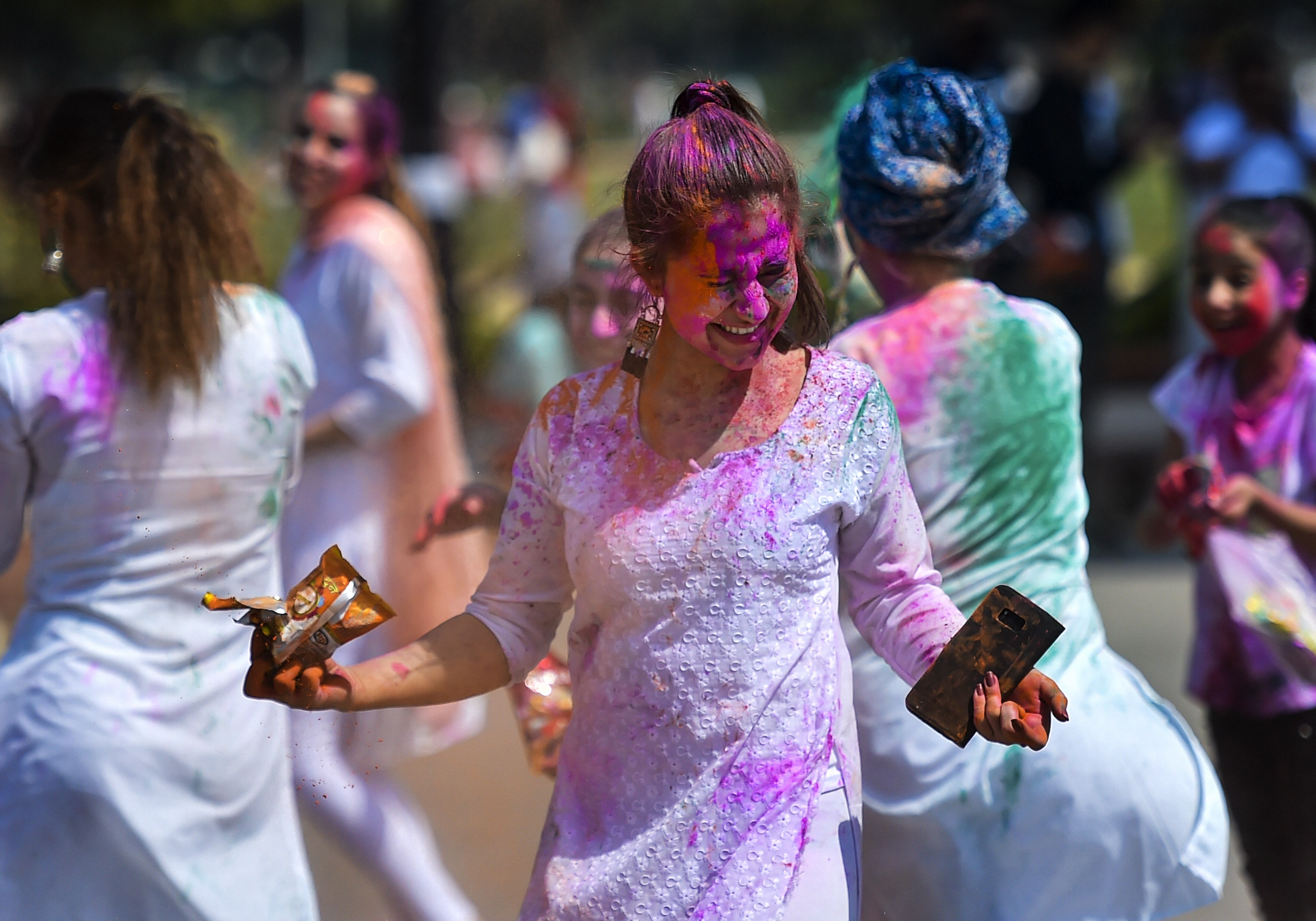 Riot-affected Maujpur and Yamuna Vihar saw people playing Holi inside their residence rather on roads and streets.

There was heavy deployment of security forces across riot-hit areas of northeast Delhi. There were no reports of any untoward incident.

Sohan Pal (63), a pan shop owner, said this year there was less people on the roads on the occasion of Holi as they are struggling their bring their lives back on track after the violence.

'People still fear that there could violence again,' Pal said.

Ankit Tyagi (27), a resident of Shiv Vihar, another riot-hit area, said, 'Last night we celebrated 'Holika Dahan'. In the morning, we celebrated Holi with colour. People here are again trying to normalise their life after the riots.'