According to Union health ministry data, Delhi has reported 606 deaths due to Covid-19 and 23,645 cases till 8 AM on Thursday 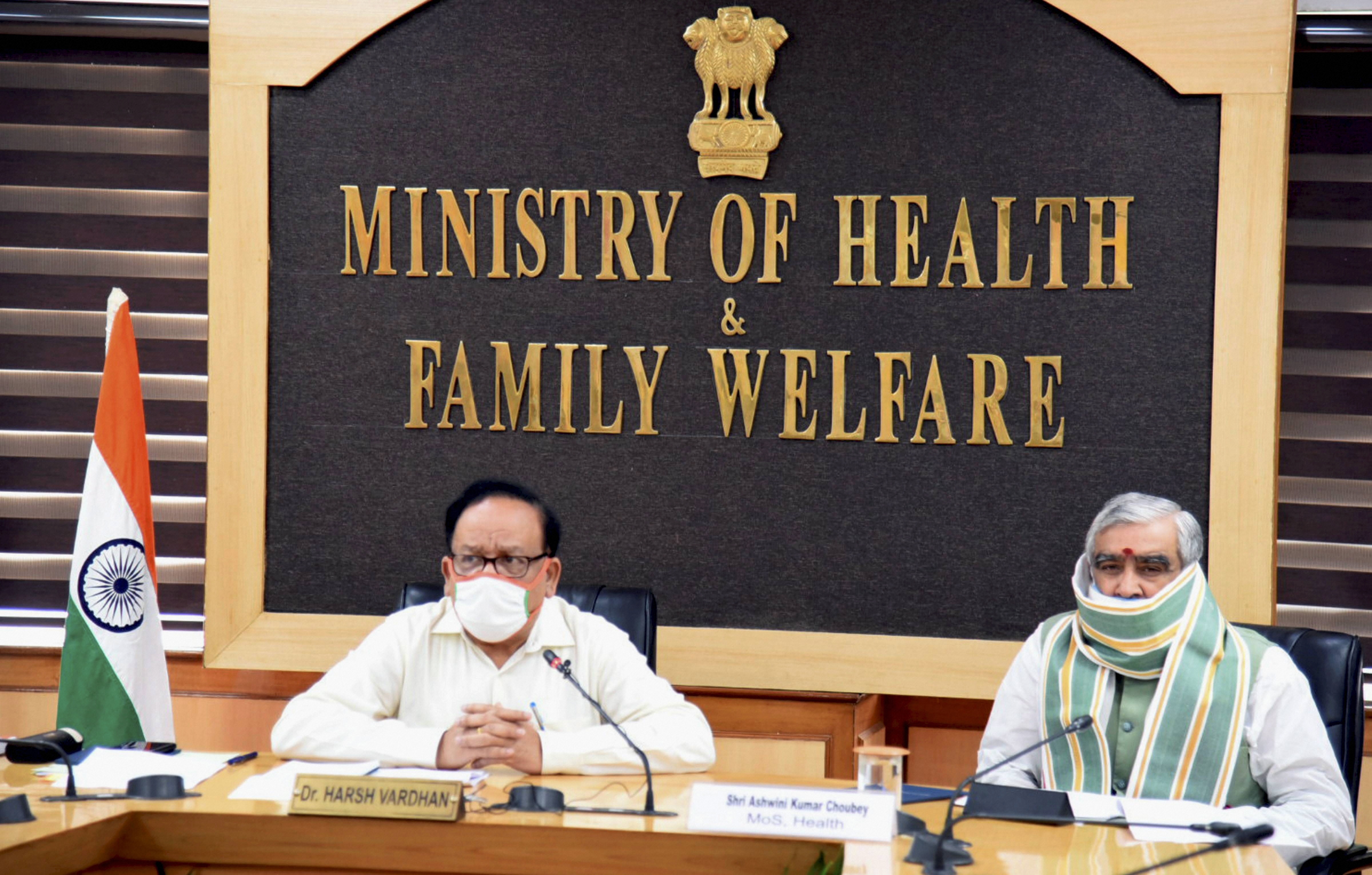 Vardhan, who chaired a high-level meeting through video-conferencing to review the preparedness for prevention and control of the novel coronavirus infection in Delhi on Thursday, expressed concern over all districts of the national capital being affected by COVID-19, and high positivity rates and low testing levels in many districts.

According to Union health ministry data, Delhi has reported 606 deaths due to Covid-19 and 23,645 cases till 8 AM on Thursday.

'Rising cases, high positivity rates and low testing levels in many districts are worrisome,' Vardhan was quoted as saying in a health ministry statement.

While Delhi's positivity rate last week was 25.7 per cent, several districts reported figures above 38 per cent, he said in the statement.

The high rate of infection in the healthcare workers was also a serious issue, he noted.

'It indicates poor infection prevention control practices in healthcare settings and needs to be attended to on priority,' he said.

He underscored the immediate need and importance of scaling up of testing with health infrastructure enhancements along with better clinical management of the Covid-19 cases for effective case management and reduction of fatality rate.

'As the number of cases and fatality rises in Delhi, it needs to ramp up testing coupled with aggressive surveillance, contact tracing and stringent containment and perimeter control activities,' he said, in the meeting which was attended by Lieutenant Governor of Delhi Anil Baijal and health minister Satyendra Jain.

The Union health minister also stressed on the bed availability to be rapidly increased in view of current rapid rise of cases along with avoiding unnecessary delay in admission of cases.

'As a significant proportion are on home isolation, all efforts for timely response in terms of testing, triaging and shifting of patients to the required level of dedicated Covid facility is important to avoid mortality,' he stated.

The elderly and vulnerable population, such as those with underlying co-morbidities, need to be identified and protected, he said, adding that provisioning of institutional quarantine to vulnerable populations in large clusters where home isolation is not deemed effective, needs attention too.

After a detailed discussion with district magistrates, commissioners and mayors of Delhi, Vardhan said that while some issues such as the density of population in many containment zones did pose a serious challenge to the collective efforts of the administration, it was important to pool in resources and experiences for a convergent action.

'This is a collective battle, and we are here to support Delhi in its efforts,' he stated.

During the meeting, the district magistrates and officials of municipal corporations briefed on the steps being taken in their area to contain COVID-19.

They discussed issues related to perimeter control in containment zones, timely identification and classification of cases and highlighted that stigma associated with Covid-19 stopped people from reporting symptoms or cases.

They also highlighted that people seem to be getting complacent with following the norms regarding physical distancing during the Unlock 1.0 period.

This was a major factor contributing to the new surge in cases, they stated.

It was emphasised that steps in adherence with the protocols and guidelines issued by the Centre from time to time should be taken for reduction in the case fatality rate and improved containment measures in Delhi.

Vardhan also advised that early detection of cases needs to be done by enhanced surveillance of ILI/ SARI cases. Fever clinics and flu corners in all healthcare settings need to be established in all corners of Delhi along with focus on contact tracing and surveillance, the statement said.

Use of Aarogya Setu app data for contact tracing was to be promoted. Also non-Covid essential healthcare services need to be resumed, the statement said.

While appreciating the efforts of frontline workers, administration and other Covidwarriors, Vardhan stressed the need for following norms and protocols related to physical distancing, hand and respiratory hygiene, maintaining sanitation in surroundings, respecting doctors and other frontline health workers.