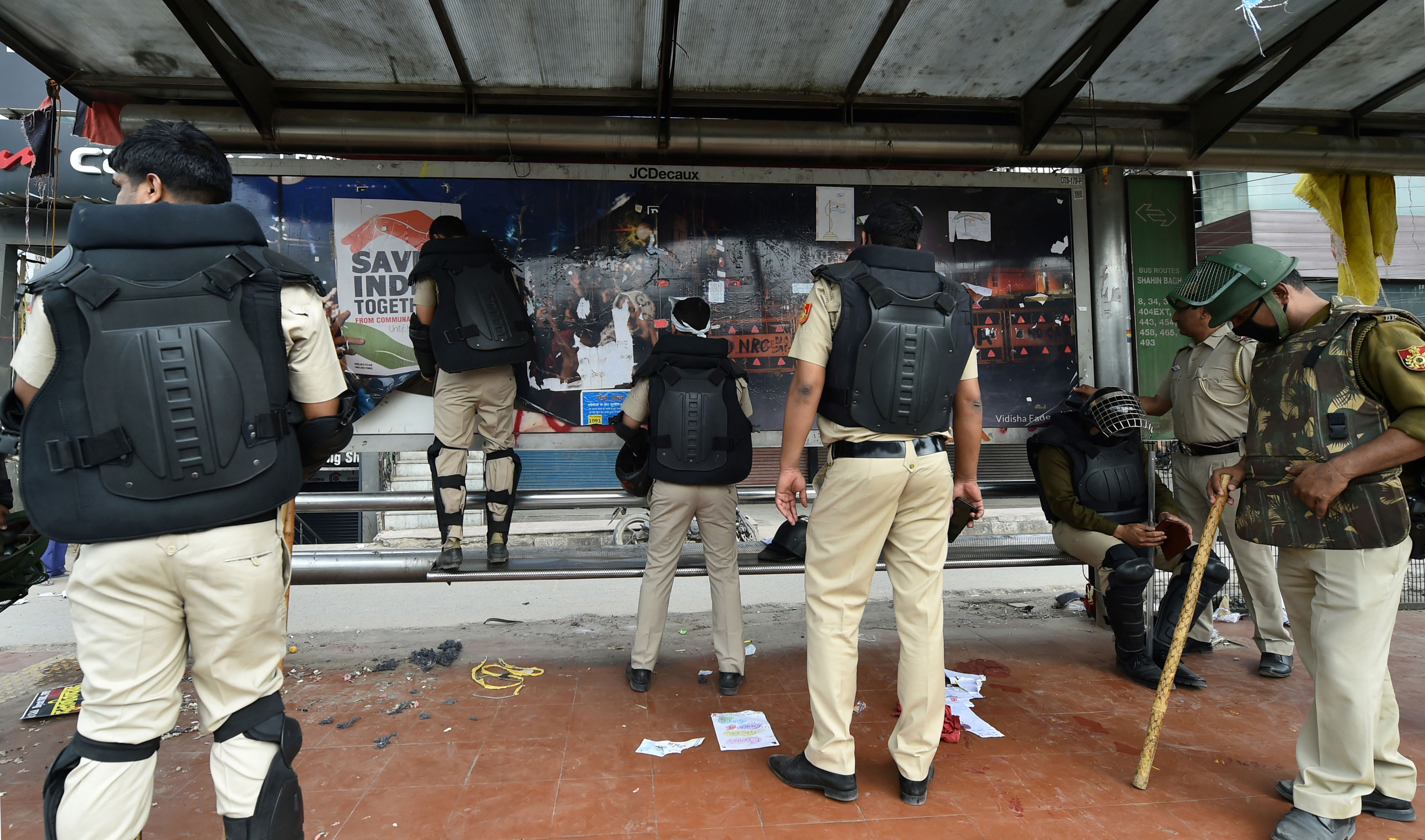 Delhi police cleared the Shaheen Bagh area of protesters early on Tuesday in view of the lockdown to contain the spread of coronavirus, bringing to an end, for now, the 100-day-long sit-in led by women against the new Citizenship Amendment Act.

The police, along with paramilitary forces, reached the protest site at 7.30 am and used a bulldozer to dismantle tents, installations and posters erected at the site.

Nine persons were detained, police said, after they refused to leave.

Speculation about an impending police action had been rife since Monday night. By early morning Tuesday, Jamia Nagar area was teeming with SWAT teams, police vehicles and security forces in riot gear.

Later, police made it clear to people to not gather in groups as that could enhance the spread of the Covid-19 disease.

A National Flag, a map of India and a replica of the India Gate were among the articles and installations that were removed from the site. These were bundled into trucks after which the road was cleaned.

Ever since the Delhi government imposed restrictions on gatherings and movement of people, the Shaheen Bagh protesters had been claiming that they had started taking precautions. On March 16, the protesters issued a statement to that effect, and by March 20, they reduced the number of women who were part of the sit-in. The women also made it a point to sit three metres apart from each other.

Two days later, as the number of coronavirus cases rose, the Shaheen Bagh gathering turned into a symbolic protest with only five women at the site.

“Dadis of Shaheen Bagh”, the three old women who became the face of the protest, had refused to suspend their agitation even when most protests, including the one near Jamia Millia University, were temporarily suspended in view of the lockdown.

In spite of all this, and in line with the State directives issued to contain the #COVID 19 threat facing our nation, we bravely continue our protest today with only 5 women protesters marking their resistance on behalf of all of us at #ShaheenBagh. (3/4)#JantaCurfewMarch22 pic.twitter.com/jNjfSPYSQU

On Tuesday, police also cleared protest sites at Seelampur and Turkman Gate, which had also turned into a symbolic show of opposition.

Protests against the discriminatory nature of the new citizenship law has started at Jamia even before the December 15 police crackdown on campus.

The Jamia protest was called off on Saturday.