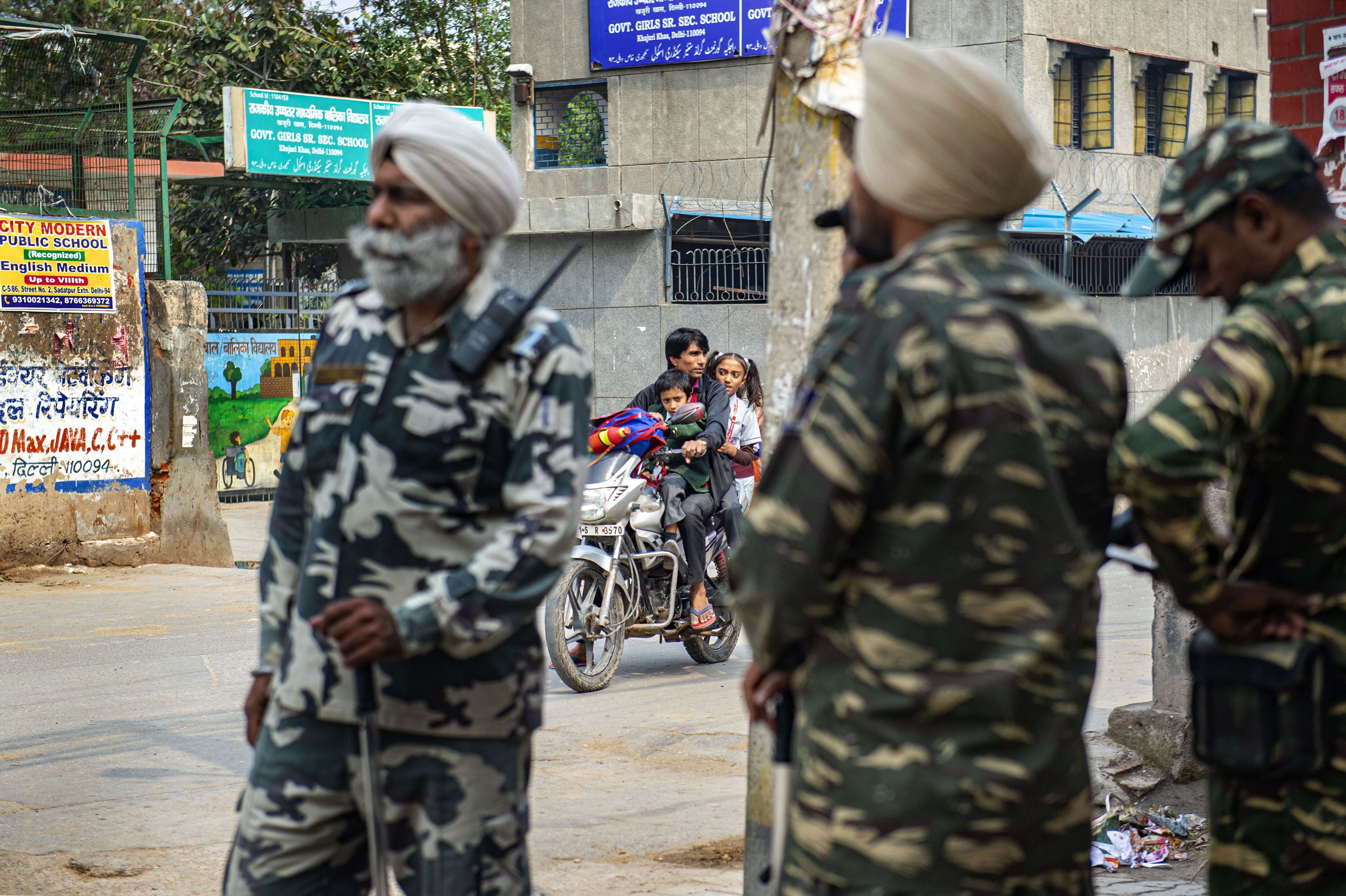 Delhi police received over 3,000 distress calls on Sunday from people panicked over riot-related rumours like violence, arson and stone pelting across the national capital, officials said.

Around one-fifth of these calls on the emergency 100 and 112 numbers came from Shaheen Bagh in southeast Delhi and nearby areas in south Delhi, they said on Monday.

Panic gripped residents across the national capital on Sunday evening following false rumours of violence but the police denied any incident and appealed for calm, days after riots in northeast Delhi claimed at least 42 lives.

'More than 3,000 emergency calls were received at the police control room (PCR) after rumours related to violence started doing rounds in Delhi on Sunday evening. 413 calls were from South East Delhi and 157 from South Delhi,' a senior police officer said.

Besides the PCR calls, several people from within Delhi as well as outside called up police officials, including officers, directly to verify information about violence breaking out, the officer added.

The rumours prompted senior police officers to come on ground and quell the hoax while also taking to social media to control panic.

The Delhi Metro Rail Corporation also shut down the entry and exit gates of seven metro stations but did not give any reason. The stations were reopened later.

'Some unsubstantiated reports of tense situation in SouthEast & West District are being circulated on social media. It is to reiterate that these are all rumours. Don't pay attention to such rumours,' the Delhi police tweeted.

Some unsubstantiated reports of tense situation in SouthEast & West District are being circulated on social media. It is to reiterate that these are all rumours. Don't pay attention to such rumours. Delhi Police is closely monitoring accounts spreading rumours and taking action.

The police said it was closely monitoring the social media accounts spreading fake news or rumours and action will be taken against them.