Azad congratulated people on the unprecedented agitation against CAA-NRC-NPR 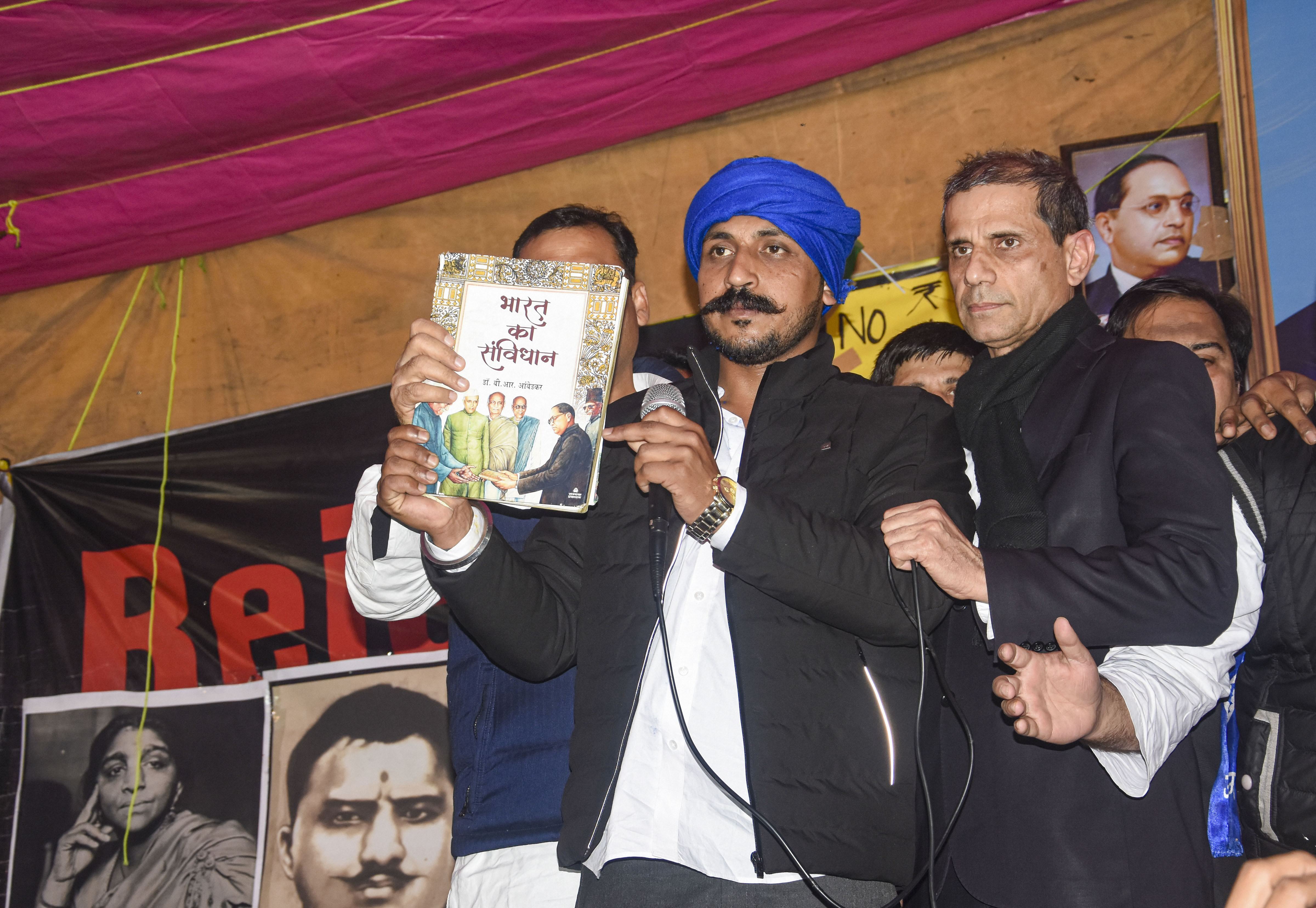 Bhim Army chief Chandrashekhar Azad was released on bail on January 15. He was barred from visiting protest sites per conditions put down in the bail. Restrictions on Azad’s movement were lifted on January 21, after his bail was modified following a court order. He visited the protest outside Jamia, and later Shaheen Bagh on Wednesday. Speaking to the gathering at Shaheen Bagh, Azad said 'This government is arrogant. But we will emerge victorious in this revolution. I have been told to respect the Prime Minister, by order of court. I don't think he deserves it. But I told them I will respect the Prime Minister because it's a constitutional post. But he should also respect the will of the people, people who brought him to power.”

'For a democracy, its people matter most. And people don’t want CAA,” he added. Speaking about the Delhi Police’s insistence on clearing a Shaheen Bagh road, citing traffic issues, and commuter complaints, Azad said, 'Show me a road in Delhi where there's no congestion. It took me one and half hours to reach here. Is traffic more inconvenient than demonetisation? Everyone stood in queue then. The Prime Minister promised black money will get recouped if people bear some inconveniences. He turned out to be a liar.”

Azad congratulated people on the unprecedented agitation against CAA-NRC-NPR saying, 'This movement will recorded in history as a revolution – a kind of history which began with Bhagat Singh, Rajguru, Chandrashekhar Azad.'