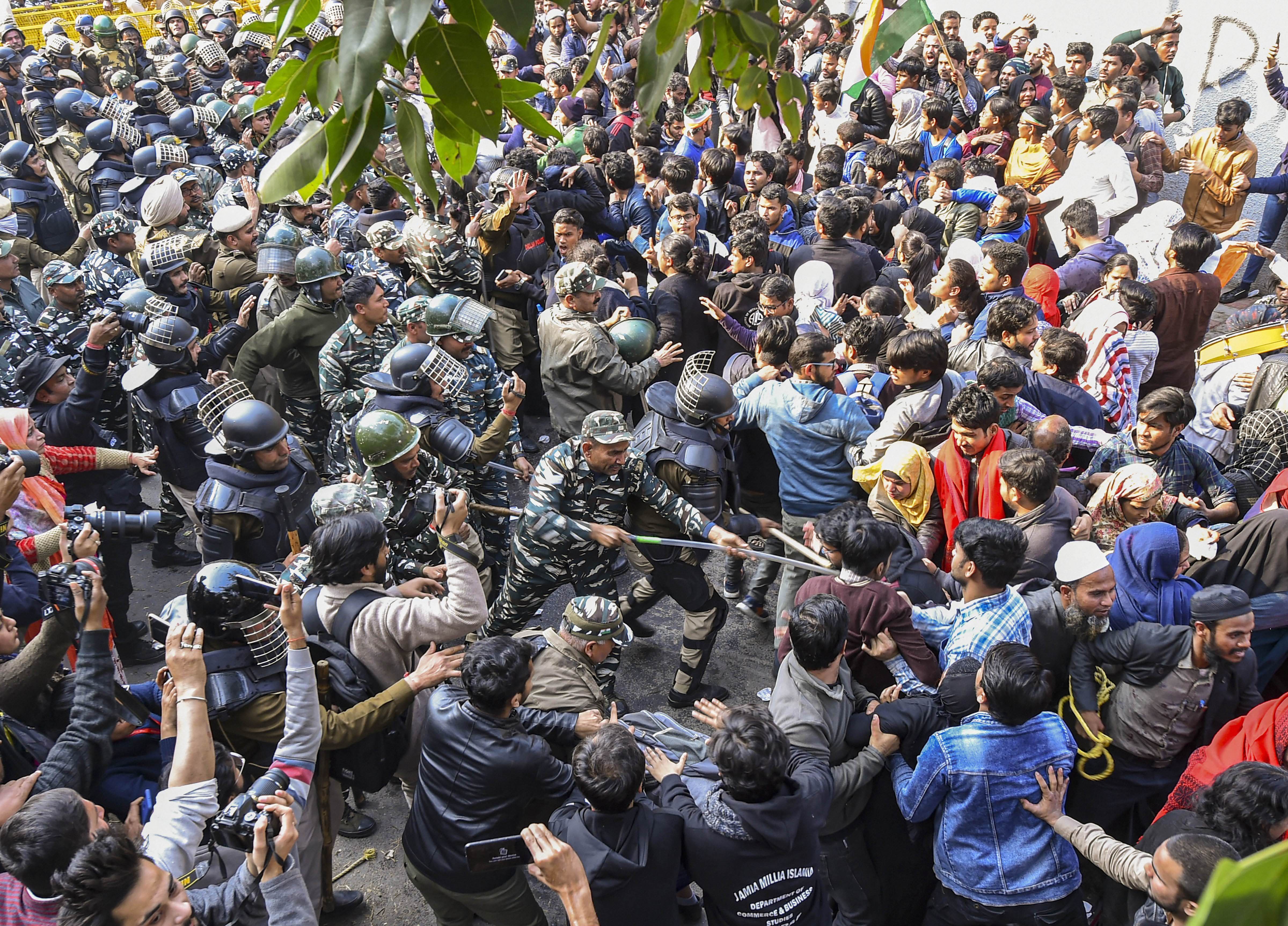 A march to the Parliament opposing the Citizenship Amendment Act on Monday ended in a standoff between Delhi police and the protestors. The march included Jamia Millia Islamia students and local residents of Jamia Nagar.

The protestors were met with and stopped by heavy deployment of Delhi Police and CRPF near the Holy Family hospital, close to the university campus.

'We should not just look out for ourselves, but others as well. Keep your phone cameras rolling to capture any police action,' announced a protestor on loudspeaker. During the four-hour standoff, several students were injured, while several fainted from police aggression. Ambulances from Jamia's health centre transported the injured for medical aid. At least seven students were picked by the policemen and detained.

Delhi police officers and Jamia proctor Waseem Ahmad Khan requested the students to return back to the protest site. 'Your protest has been registered. I request students to not push the police and request the police to act with patience,' said Khan. Deputy Commissioner of Police (Southeast) Delhi, and Jamia Nagar SHO (Station House Officer) also asked the students to go back.

'Aapka accha media coverage ho gaya hai, wapas chalo. bohot der ho gaya hai (You have received good media attention. Go back now. It has been a while),' said Upender Singh, SHO Jamia Nagar. DCP R.P. Meena informed the protestors that detained students will be released soon. Notably, all protest marches by students have resulted in detention. On January 30, around six students were detained from a march, when a gunman had fired on protestors, injuring one student

On Monday, another group of protestors moved to march to the Parliament via a parallel road, but were met with another blockade near Sukhdev Vihar.