The protest began on Saturday night, blocking a road which connects Seelampur with Maujpur and Yamuna Vihar 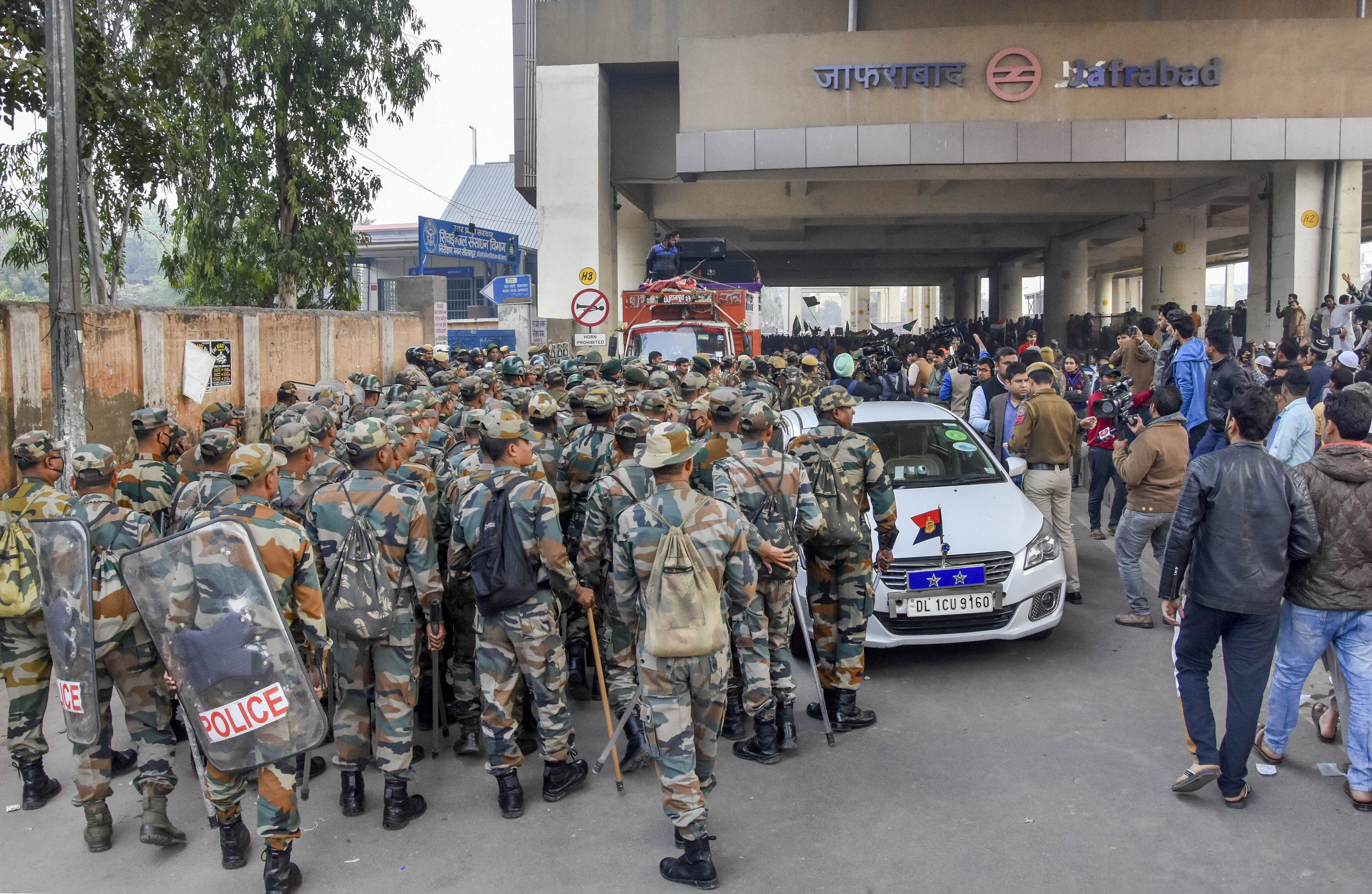 An anti-CAA protest by around 500 people, mostly women, near the Jaffrabad metro station in northeast Delhi continued on Sunday, prompting the metro authorities to close the entry and exit gates of the station.

The protest began on Saturday night, blocking a road which connects Seelampur with Maujpur and Yamuna Vihar.

The women, carrying the tricolour and raising slogans of 'aazadi', said they would not move from the site till the Centre revokes the CAA.

Heavy security deployment, including women police personnel, has been made in the area.

In view of the protest, entry and exit gates of the Jaffrabad metro station were closed.

'Entry & exit of Jaffrabad have been closed. Trains will not be halting at this station,' the Delhi Metro Rail Corporation tweeted.

Entry & exit of Jaffrabad have been closed. Trains will not be halting at this station.

A woman, who identified herself as Bushra, had said that till the time the CAA was not revoked, the protesters would not leave the site.

Social activist Faheem Baig had said that there was resentment among the people against the way the government was handling the issue.

A protest is already going on near the main Seelampur road and Kardampuri against the amended citizenship act.

The protest at Jaffrabad took place at a time efforts are being made to clear a road blocked by anti-CAA protesters at Shaheen Bagh.

The protesters have been staging a sit-in at Shaheen Bagh for over two months, blocking the road connecting southeast Delhi and Noida.

The Supreme Court has appointed interlocutors in an attempt to reach out to the anti-CAA protesters.