What happened in Berlin in 1933 inspired a play in Bengal in 1972. The Telegraph on why 50 years down the line, there is an urgency to revisit that play 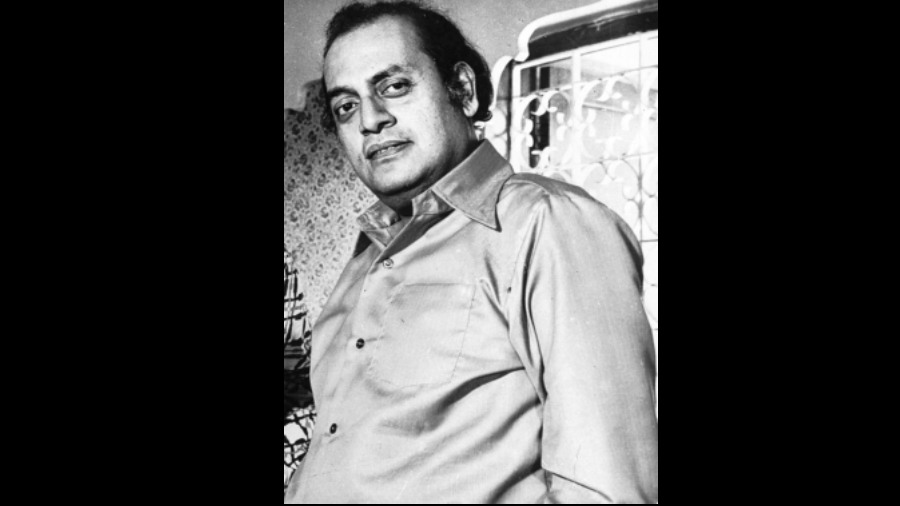 Bengal in the early 1970s was fraught with political instability. In the 1969 Assembly elections, the CPI(M) had emerged as the largest political party but the very next year, President’s Rule was imposed on the state. Around this time, the Naxalbari movement had peaked and the Bangladesh liberation struggle had triggered a huge refugee influx. In February 1971, Hemanta Basu, a 75-year-old Forward Bloc leader, was assassinated while he was getting into a taxi. The incident outraged the citizenry. The Congress pinned the assassination on the Communists and made it their election plank for the 1971 general elections as well as the Bengal elections.

“There was no way we could do political plays in Calcutta at that point of time with the Congress mafia on the rampage. But in 1972, we all felt we had to take the offensive. Then we staged Barricade,” actor and playwright Utpal Dutt told theatre critic Samik Bandyopadhyay in an interview in the book Contemporary Indian Theatre:  Interview with Playwrights and Directors (1989) published by the Sangeet Natak Akademi. The interview continued thus: “They were making a Reichstag fire trial out of the murder of Hemanta Basu. They were trying to put the guilt on the Communists and hoping to win the elections that way.”

Circa 1933 was the time of the Nazi ascendancy to power. Berlin was a rough city to live in. There were bomb blasts and pitched battles on the streets. That February, an unemployed Dutch construction worker set fire to the Reichstag or the German parliament building, who knows at what prompting. Adolf Hitler’s Nazis latched onto it and blamed the Communists and claimed emergency powers to crush all opposition. Dutt had read Jan Petersen’s novel Unsere Strasse or Our Street: A Chronicle Written in the Heart of Fascist Germany. It became the direct source of his Bengali play Barricade. Academic and theatre critic Ananda Lal translated it into English this year.

Barricade was staged at Calcutta’s Kala Mandir on Christmas Day of 1972. “When my father did the play, he knew it could be banned because of allusions to Nazi Germany,” says Dutt’s daughter Bishnupriya, who is professor at JNU’s School of Arts and Aesthetics. She continues, “He wrote the play in July-August of 1972. It was staged in Kala Mandir, away from north Calcutta’s Minerva Theatre where we did a lot of agitprop. I was scared because of our past experience at Minerva. I was never sure if my parents would come back. As a child I have grown up in that atmosphere of political theatre being played out in public.”

Bandyopadhyay says, “Basically, Barricade was based on the rise of fascism in Germany, where unemployed youths were organised into street gangs and given a lot of power supported by the Nazi party and later by the Nazi state. The same thing was happening in Bengal in the early 70s, where street gangsters were mobilised and used to attack the Opposition; it was a show of power here too.”

At a recent event at Calcutta’s Victoria Memorial Hall titled “Barricade and Beyond”, actor Dhritiman Chatterjee and Lal enacted parts of the English translation of Barricade.

Cut to 1972. The space at Kala Mandir was different but Dutt was expecting some kind of attack or intervention, especially because this was after his Naxalbari agitation. Bishnupriya adds, “We knew how shrewd the then chief minister of Bengal Siddhartha Shankar Ray was. But he came to see Barricade and thought it was a good text!” Bandyopadhyay says, “The Congress knew if they created problems for Barricade, they would be identifying themselves with Nazi Germany so they didn’t do anything.”

Barricade ran for more than 20 years. Says Bandyopadhyay, “People appreciated it, clapped and were enthusiastic. It allowed some sort of release of subdued, censored anger.” The play is currently being staged by Debesh Chattopadhyay for Chakdah Natyajan — a theatre group based out of Chakdah in Nadia district — to full houses.

When asked why he chose to translate Barricade now, Lal says, “Because of the plethora of farRight parties worldwide, the growing fundamentalist fanaticism everywhere... When our generation was in college, we never imagined that this would be the state of the world 50 years later. I thought it imperative that Barricade should be out there for everyone to read because Dutt shows the Nazi strategy of co-opting democratic institutions, identical to what’s happening today — elections, bureaucracy, police, media, intelligentsia, judiciary.”

Bishnupriya adds, “Had he lived in these times, I am certain Baba would have written something new.”