Considered the cultural capital of Indonesia, Yogyakarta offers a beautiful mix of history and culture for the discerning traveller 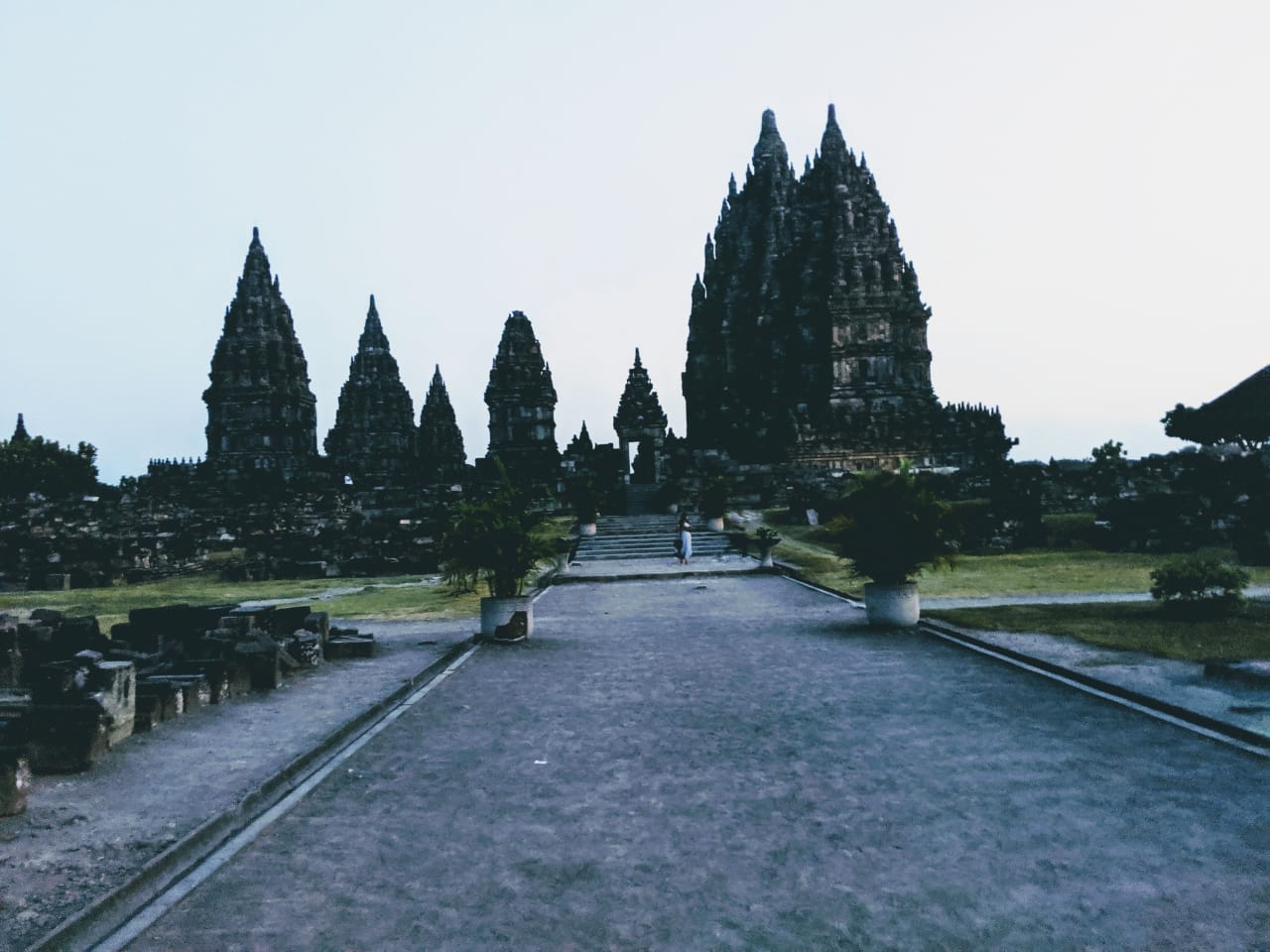 The water castle at Taman Sari (meaning beautiful garden) is just southwest of the palace and used to be a former garden of the royals, with a bath for the Yograkarta Sultanate. Our guide, a local from around the place, regaled us with stories of how women from the province would bathe in the pool while the sultan overlooking from a high-rise tower would choose one for his lovemaking thereafter. In subsequent years, after the abandonment of the complex (today only the central pool complex is preserved) a commune has developed around the castle called the same, Tamansari. It is an arty, pedestrianized neighborhood with an eclectic mix of galleries, independent boutiques, vintage souvenir shops and trendy cafes.

Yogyakarta is also the only city in Indonesia where an ancient 9th century Hindu temple, Prambanan, and an equally majestic Buddhist temple, Borbadur, anchor the western and the eastern most corners of the city that is at present inhabited by over eighty per cent Muslims. Like any Lonely-Planet fed tourist we also went for the sunrise tour of Borbadur temple. It is a majestic sight to behold as the meditative Buddhas and stupas in and around the temple complex slowly take shape with the breaking dawn. Likewise the Prambanan temple at sunset appeared silhouette and divine as tourists old and young took in the magnificent view while strolling along the temple complex. Both these structures are UNESCO world heritage sites.

Merapi in Yogayakarta province is an active volcano and stands tall guarding ancient beliefs of the Javanese people who worship and revere the spirits believed to be residing in the mountain. For those looking for adventure, treks to Merapi summit are offered by most tour operators, while day trips around Merapi in safari jeeps are also available. There is also a Mount Merapi Volcano museum with information about volcanoes and their eruptions. We skipped the private tours, hired a two-wheeler and rode from our hotel to the base of Mount Merapi, enjoying the ride at our own pace. I met a young Shahrukh Khan fan at a food stop during the ride. Excited on learning I was from India, “land of Shahrukh Khan”, the young lady requested for a picture with me. Despite being weary of selfies with strangers, I didn’t have the heart to disappoint our Shahrukh Khan fan who said “Kuch Kuch Hota Hai” in an awkward sounding Hindi -- reinforcing Bollywood’s eternal charm for breaking down barriers of language and appearances.

The city also offers visits/tours to caverns, tea and coffee plantations and remote and uncluttered beaches. For both the discerning traveller, and those short on time, three days in Yogyakarta is just about enough to explore this culturally rich and beautiful city.

‘Sekali Dayung, dua tiga pulau terlampaui’ is a popular Indonesian saying which translates as ‘One stroke at the paddle, two and three islands have passed’. This is literally true of the island country which boasts of almost 17000 islands. The country has as many as eight UNESCO World Heritage sites.

Indonesia is one of our southeast neighbours and historically the two countries have enjoyed close ties, both culturally (Hinduism and Buddhism came from India) and politically as India was one of the first countries to recognize the sovereignty of the Republic of Indonesia after it declared independence from the Dutch colonisers in the late 1940s.

While the capital city of Jakarta is the most inhabited, it is the island of Bali that is the most popular with tourists. Every year the small island attracts thousands of visitors from across the world looking for eastern wisdom or just ‘Eat, Pray, Love’. The Julia Robert-starrer romantic travelogue ‘Eat, Pray, Love’ based on Elizabeth Gilbert’s memoir of the same name put Bali on the global tourist map. But there is a lot more to Indonesia than just Bali.

Yogyakarta (locally pronounced Jogja) in central Java is considered the cultural capital of Indonesia. Offering a mix of history, culture and food, Yogyakarta was featured in the popular Netflix series Street Food Asia as an important region of culinary heritage for the island nation. From fancy restaurants to the numerous food carts to the Warungs (much like an Indian Dhaba) -- there is something for everyone to feast on in Yogyakarta.

In the heart of the city, a 400m stretch of road named Malioboro Street is famous amongst locals and tourists alike as the hub to hang out, eat and shop for souvenirs. Since we were there during the month of Ramadan (May end –June), the spectacle in the evening when people were breaking their fast was a sight to behold.

The glorious royal palace of the sultan (the reigning sultan’s family still resides in the complex), Kraton Yogyakarta is a must visit and on certain days cultural performances in the inner pavilion are on offer for free with the entrance ticket. If you are lucky you may catch a performance of the Ramayana that was brought to Java by Indian traders about 2000 years ago. 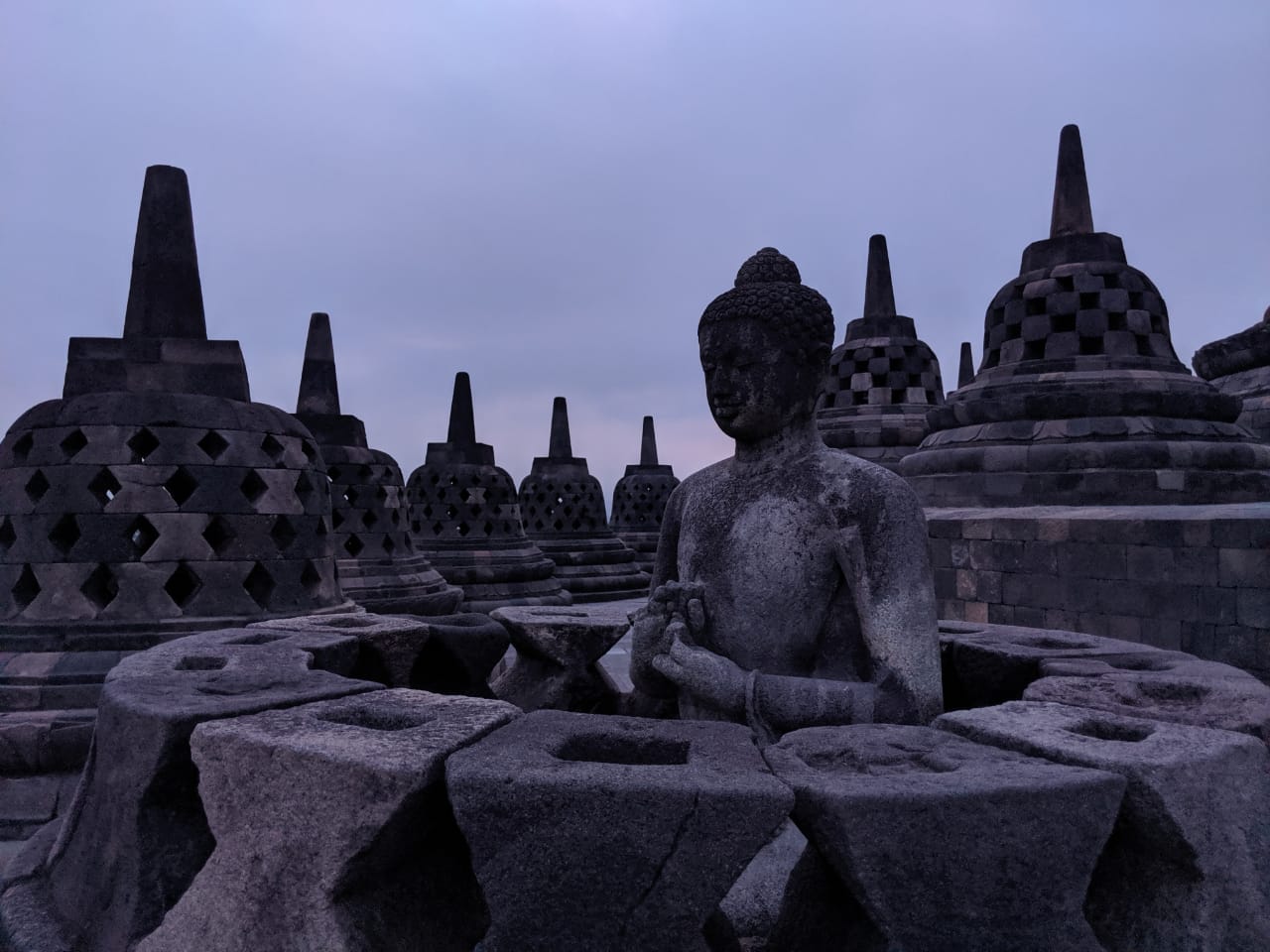 At sunrise the Borbadur temple is a majestic sight to behold as the meditative Buddhas and stupas in and around the temple complex slowly take shape with the breaking dawn
Picture by: Nima Chodon 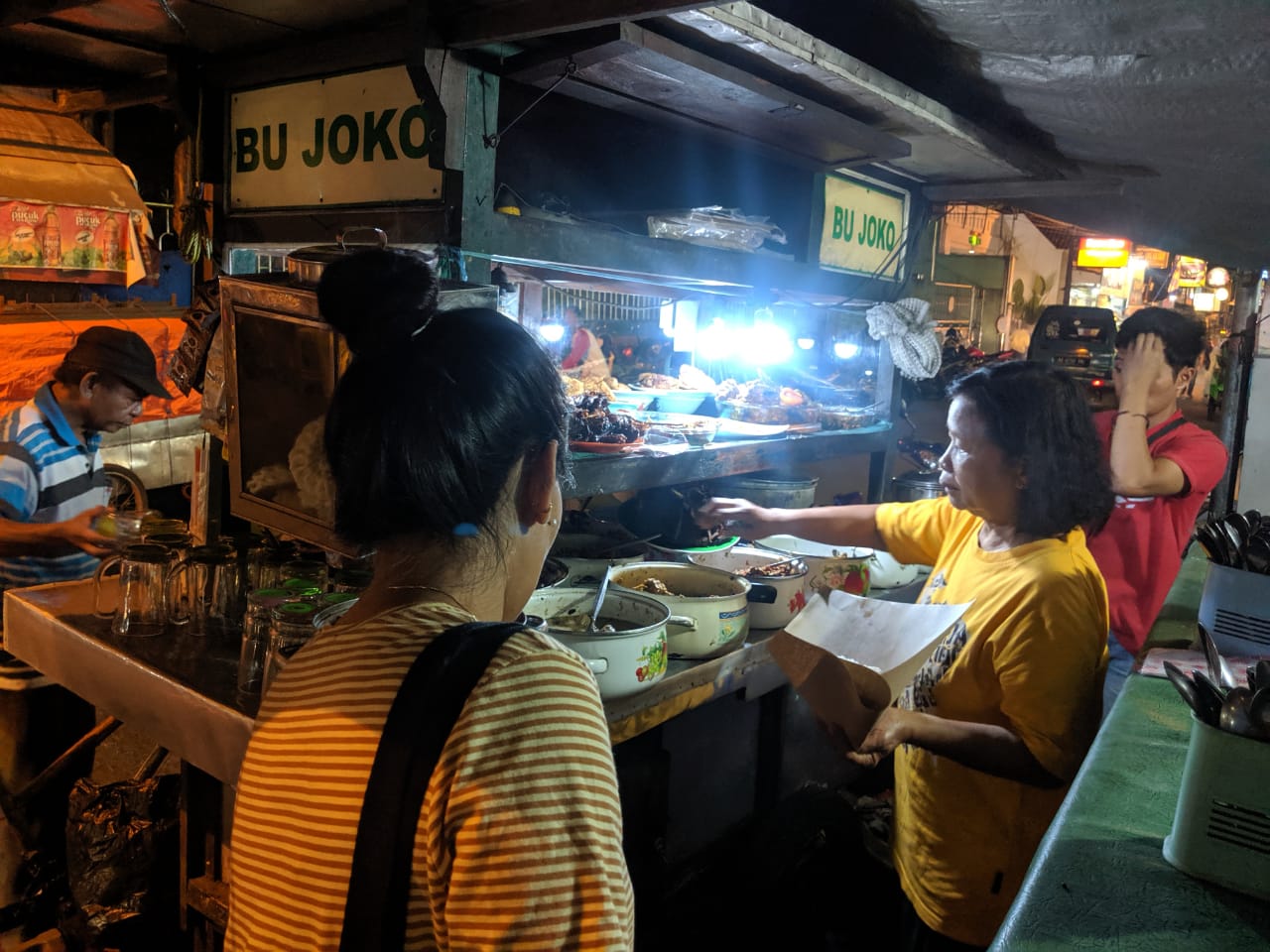 From fancy restaurants to the numerous food carts to the Warungs (equivalent of an Indian Dhaba) -- there is something for everyone to feast on in Yogyakarta
Picture by: Nima Chodon

1. Yogyakarta has an airport and is connected by air from Jakarta and Denpasar (Bali). Indonesia is visa free for Indians. I flew Thai Airways both ways transiting through Bangkok.

2. Currency exchange: Indonesian currency is called Rupaih ‘IDR’. Current value for INR 100 is equivalent to IDR 20300* (*might differ minimally on any given day). Exchanging money is easy throughout Indonesia. International credit and debit cards are accepted at most places. Also there are enough ATMs to withdraw money in rupiah.

3. Food like much of Asia is very rich and rice is the staple diet. Many of the cuisines are similar to our taste and palate and there are enough vegetarian options too.

4. Travel insurance is not mandatory for travelling to the country.

Nima Chodon is a communication and social development professional based in Delhi. She believes travelling is the perfect antidote to misconstructions about “the others” in this increasingly divisive time

Succumb to the charms of a temptress named Bali