A stroke of serendipity, Sri Lanka

A beachfront indulgence with history, food and architecture of Galle and beyond 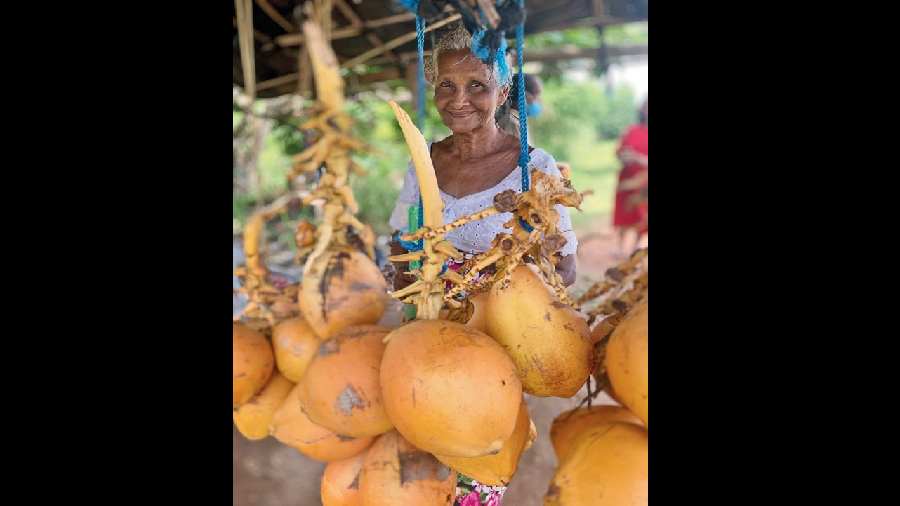 In the 4th century, Sri Lanka was known by its Persian and Arabic name, Serendip. From the 16th century, the Dutch and Portuguese ruled over much of the island and it was colonised by the British and renamed Ceylon from 1796 to 1948 when it became independent and was called Sri Lanka. Serendip is best known to speakers of English through the word ‘serendipity’, invented in the 18th century by the Englishman Horace Walpole on the inspiration of a Persian fairy tale, The Three Princes of Serendip, whose heroes often made discoveries by chance. My recent visit to Serendip was indeed a tropical fairy tale with some serendipitous happenings.

This was my second trip to what locals refer to as “the island”. On my first trip a few years ago, we only touched Galle for a day and spent the rest of the time in Colombo. In hindsight and certainly after this trip, that was a mistake. Sri Lanka is about its kind, peaceful people (most of whom are Buddhists), gorgeous scenery, beaches, a little history and a lot of island magic, which you really only see out of the city. Our first port of call was Galle (pronounced Gaul as in Asterix). The drive from the airport to our destination, the beautiful heritage hotel, Amangalla, was a smooth two hours on a terrific European-quality highway. The landscape is distinctive — a three-tier lush canopy of rubber trees, coconut palms and short cinnamon bushes.

Through the Great Hall, we arrived at Galle on the island’s south-west coast, entered through an impressive verandah off a tree-lined street and climbed up the wide staircase of Amangalla to the second floor. A row of planter chairs on this verandah overlooks the terracotta-tiled roofs of Galle. The sun was setting and a bottle of wine arrived.

Galle is a little town with a lot of colonial history from the 1600s while Galle fort is a world heritage site and the town is a melange of Portuguese, Dutch and local traditions and architectural styles. On my last fleeting trip to Galle, I remember walking past this beautiful colonial Dutch edifice and thinking: “Wouldn’t it be nice to stay there next time.” Here I am. Some of the walls of Amangalla are said to be made of sandstone and one-metre thick and the ceiling to many of the rooms are about six metres high. There are 33 rooms and suites and some of them have been designed by combining several old rooms. The entry to the hotel is through the Great Hall, called ‘Zaal’ by the Dutch. It was built in the late 17th century by the Dutch and then used later by the British as quarters for their soldiers. It became the New Oriental Hotel in 1865 and Aman took it over in 2005.

The restoration work with its mahogany furniture, chandeliers and original tiles, is impeccable. Aman has added a dreamy darkly-lit spa, a swimming pool amongst lush flora and fauna in the garden and all the 33 high-ceiling rooms are fitted with antique-style modern bathrooms, independent bathtubs and hardwood floors. There is plenty to do while at Amangalla, especially in the little town of Galle which is worth exploring... lots of little cafes, restaurants and boutiques. My finds were Spa Ceylon, a quirky big brand of natural beauty and bodycare not unlike our own Forest Essentials; and, of course, the iconic Barefoot store with its stunning silk and cotton weaves.

In Galle, there is a melange of Portuguese, Dutch and local traditions and architectural styles. Pictures: Karen Anand and Falguni Gokhale.
Tropical Modernism

This was my sixth Aman experience and I was now grasping the essence of this unique hotel group. Aman means ‘peaceful’ in Sanskrit and it is the story of one man’s vision. Adrian Zeccha started out looking for a holiday home in Phuket, Thailand in 1988 and ended up creating a chain of luxury boutique resorts. The 30-odd properties worldwide use the same three architects maintaining a style and uniformity which is recognisable and casually luxurious. Each hotel has around 30 rooms or less (except the new city hotels), with an emphasis on local materials. The concept of space, privacy and view seem to be the underlying factors in the Aman vision of luxury, along with an unbelievable ratio of service staff to guests. 30 villas are identical and all have sea views

One of our off-site experiences was where serendipity struck. I had mentioned I wanted to see some of Geoffrey Bawa’s work and thought a visit to some of this hotel projects would be organised. What I didn’t expect was a private show around his personal summer home, Lunuganga, and that of his brother, Bevis. The brothers are well-known in Sri Lanka and while Geoffrey became a famous architect responsible for many of Sri Lanka’s prominent buildings and gardens, Bevis’s work, which in a way represents a more Sri Lankan sensitivity, is lesser known.

Geoffrey Bawa’s works were experiments with what was known as Tropical Modernism, tempered by a growing interest in the traditional architecture and building materials of Sri Lanka. Lunuganga (meaning ‘salty river’) is a sprawling former rubber plantation of about 15 acres that Bawa worked on for 50 years. Although clearly inspired by the English and Italian landscapes that he loved, with pavilions, tree walks and manicured lawns, he brought in the exterior to the interior — something that has been copied many times in other tropical countries. His brother Bevis was the landscape designer. He inspired his brother to study design through his many garden projects. His house and gardens are called ‘Brief’ and lie on the opposite side to Lunuganga across the lake Dedduwa.

A different take on curry powders

After Amangalla, we drove along another beautiful road to Amanwella. It is further along Sri Lanka’s south coast, about 75km from Galle. A winding track through lush jungle finally reveals the resort and its incomparable coastal setting. Perched above a private golden sand beach that stretches the length of the bay, this tranquil retreat was inspired by the Tropical Modernism of Geoffrey Bawa and designed by Kerry Hill, an Australian architect who has worked on many Aman properties and who was a great admirer of Bawa’s work. On a hillside fringed with coconut palms, all the 30 villas are identical and all have sea views; massive spaces with a long balcony, overlooking the sea, wooden sliding doors and terrazzo flooring, spacious bathrooms and your own swimming pool.

The Aman idea of privacy and seclusion is best exemplified here. No one bothers you, no noise, no bustle... unless of course you want some action... maybe a chat in the bar? An excursion to Udawalawe safari park to see the elephants? Or a Sri Lankan cookery class by the beach.

I have taken many cookery classes in my time but the one here with Chef Shantha, overlooking the sea, sipping coconut water from an orange Sri Lankan king coconut, is something no European chef, no matter how many Michelin stars he has, can compete with.

On first glance, Sri Lankan dishes look very similar to Indian coastal ones, cooked in coconut milk with the use of kudumpali or Malabar tamarind, to sour seafood curries and curry leaves to flavour. Where they differ is in their use of ‘curry powders’, which often contain lemongrass, cinnamon, cardamom, clove and pandanus or rampe leaves. Their dhal is always orange masoor, their lagoon prawns are sometimes cooked with mustard and their raw mango curry is unlike anything I have experienced in India, rich with spices and bathed in thick coconut cream — so a kind of India touches South East Asia. What is unique about your own cookery class at Amanwella is that you can request the chilli to be tempered down or up according to your palate.

Amanwella: On a hillside fringed with coconut palms, all the 30 villas are identical and all have sea views.

What I loved about Amanwella apart from the gorgeous golden beach, the 47-metre-long infinity pool, cool bar and open spaces, was the food. I love the fact you can have a burger and chips for lunch, a tuna tartare for dinner (excellent by the way) off their health menu and a decadent crème brulée to finish. With the exception of beef and lamb, everything is local including the delicious fresh passion fruit, pomelos and pineapples. Lunch and dinner menus change daily and include Sri Lankan, Asian, international, vegetarian, kids and toddler menus. The seafood platter is another “must” as is the “timbale” of roasted vegetables with pesto. There’s also the nasi goreng and the pizza and the pomelo salad and the lemongrass and seabass broth… time to stop. I am clearly on my way to becoming an Aman junkie.
Sri Lanka, Ceylon or Serendip, whichever name you prefer or associate with this tropical island south of India, is now open to visitors and boasts of an 80 per cent vaccinated population of 21 million people. Covid protocols are all in place from the time you land at Colombo’s Bandaranaike Airport to the time you reach your hotel and in all public places.

Karen Anand is a culinary consultant, food writer and entrepreneur. In recent times her name has been synonymous with farmers’ markets. Follow her on www.facebook.com/karenanand and on Instagram @karen_anand