A delish sojourn in Australia

From the buzzing F&B scene of Melbourne to a wine-rich Yarra Valley, Victoria is a treasure trove for foodies 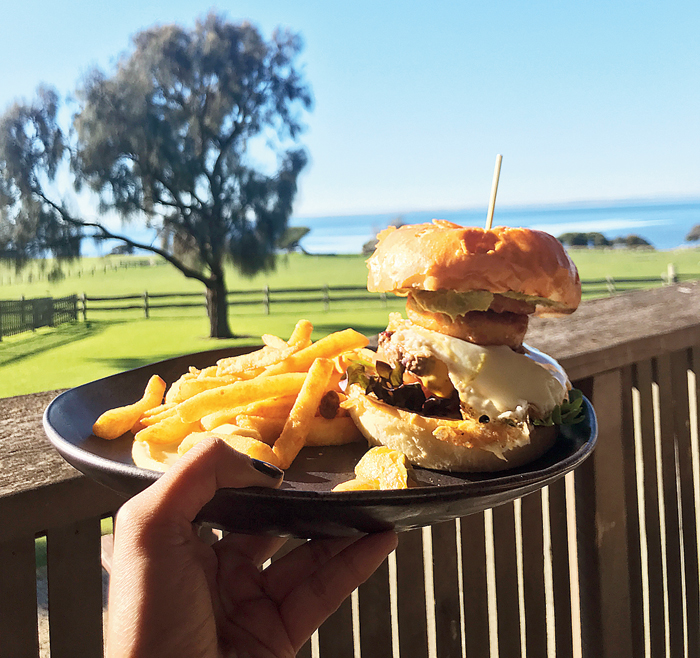 The best beef burger I have had till date plus a view to boot at the Churchill Island Visitor’s Centre
Anannya Sarkar
Anannya Sarkar   |   Published 28.09.19, 01:26 PM

While #Wanderlust is an important predictive prompt on my Instagram, I have often wondered about its efficacy, aesthetics and, of course, its faring on the like-o-meter without using the wily #Foodgasm alongside — personally, the foodie in me finds the former’s usage sans the latter revolting! Therefore, when I went gallivanting across the state of Victoria in Australia, this June, what ranked equally high on my to-do list was to eat my way through the state and boy, did I come back many shades (and pounds) happier!

Before swinging by Melbourne, I used to only marvel at its sporting culture. However, now I cannot talk about the city without doffing my hat to its dizzying array of dining options — laneways to fine-dining, pubs to pop-ups. 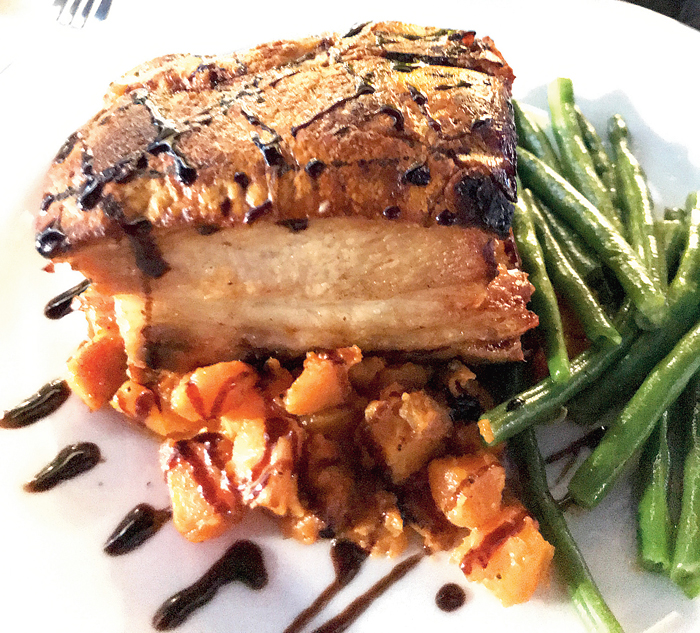 Melbourne’s F&B experience is as much about its laneway food as it is about its fine-dining, tapas, pop-ups and speakeasies. We tried it first-hand at Degraves Street with this delish dish of pork belly with a crispy skin.
Anannya Sarkar
Advertisement

If one’s first meal in a new country sets the tone for the rest of the trip, then my first Australian dinner at Crowne Plaza’s 400 Gradi (named so because of the temperature that the wood-fired oven is cranked up to for its pizzas) comprised a mix of salads, bruschettas, a platter of deliciously decadent deep-fried melt-in-the-mouth seafood and some very good red (a Barossa of the 2017 vintage) — if this gives you an idea of things to come! Mixing up one’s experiences is the best piece of advice that I can mete out and so I jumped at the idea of laneway-dining at Degraves Street. A humble lunch comprising a well-done pork belly with some beans and mash on the side, washed down with a carrot and celery smoothie while I people-gazed at the busy lane, was the perfect break in between shopping at the adjacent retail haven. Mixing it up, we had dinner by the dimly-lit Trunk restobar where we devoured copious amounts of their in-house beer and I feasted on a selection of clams in their chef’s special sauce (marinara). 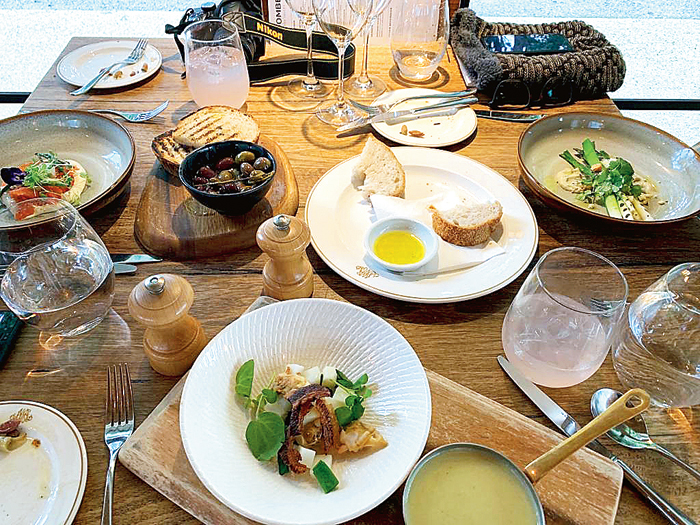 With its brickfaced walls, glass panels and a minimal, clean layout, our lunch at Yarra Valley’s Coombe Melba Estate was one of the most picturesque meals outside of Melbourne. Home to opera singer Dame Nellie Melba, the restaurant is located amongst seven acres of stunning landscaped gardens and has a museum alongside. Their menu features an impressive list of wines from their estate, along with other wines, small dishes, salumi, entrees, mains, side dishes, desserts and even some cheese.
Anannya Sarkar

Moving away from Melbourne

Given that we were a group of three partaking in this crisscrossing of Victoria, I daresay Sammi (our tour guide) and I shared a common interest in merry times, by virtue of which she always ensured that we had plenty on any table we sat at. Mains were never enough — we had to go the whole hog with appetisers, antipasti et al, washed down with wine or beer, while I took care of ending meals on a sweet note. Like they say, your experiences are almost always only as good as your company and I did get lucky on that front.

With its brickfaced walls, glass panels and a minimal, clean layout, our lunch at Yarra Valley’s Coombe Melba Estate was one of the most picturesque meals outside Melbourne. Home to opera singer Dame Nellie Melba, the restaurant is located amongst seven acres of stunning landscaped gardens and has a museum alongside. Their menu features an impressive list of wines from their estate, along with other wines, small dishes, salumi, entrees, mains, side dishes, desserts and even some cheese. Our lunch was on a rainy day with the sun peeking out temperamentally and the maitre d suggested some excellent peach fizz with our choice of dishes.

We gave the wine here a miss only because of what was in store for us later — an exclusive wine-tasting at Yering Station, where we swirled, sniffed and downed glasses of cane-cut Viognier, Cabernet Sauvignon, Cuvee, Shiraz Viognier, Pinot Noir, Rose, Chardonnay and a Yarra bank late disgorged. 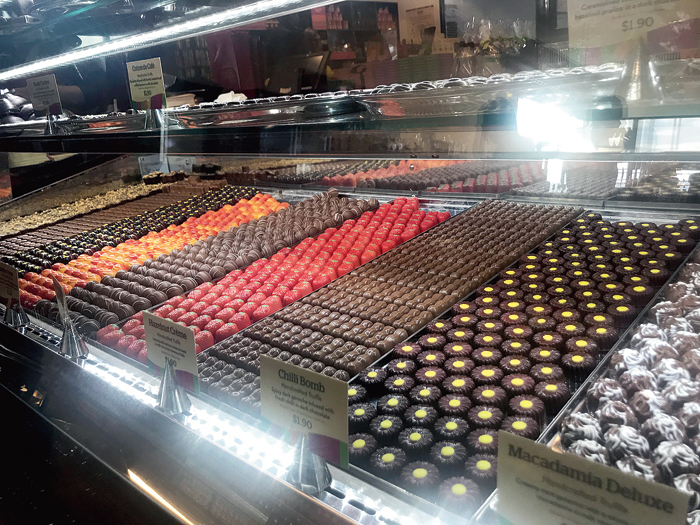 We also squeezed in a chocolate-tasting session at the Yarra Valley Chocolaterie and Ice Creamery where we pigged out on one too many truffle chocolates.
Anannya Sarkar

James, our sommelier, was careful to select from their estate and other vineyards as we drank amidst the artwork on display at the bar, which doubles as an exhibition venue. The location is a mix of heritage architecture dating back to 1838 and offers breathtaking views of the vineyards. 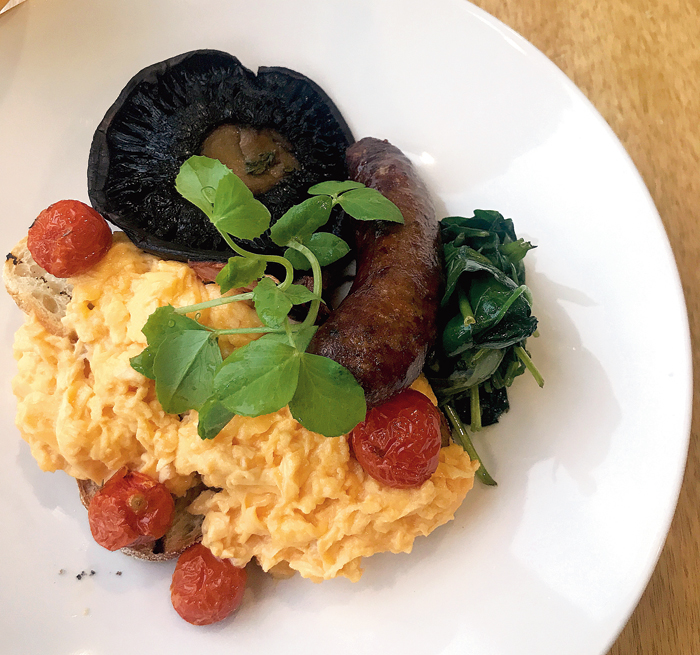 Our dinner at Eleanore’s, Chateau Yering, comprised some excellent food with a touch of sophistication — take a cue from breakfast
Anannya Sarkar

Our dinner in the valley was at the famed Eleanore’s at Chateau Yering, where we were to tuck in for the night. Chateau Yering is a five-star boutique hotel in a chateau steeped in history, circa the 19th century, with Eleanore’s providing a menu that is modern. I chose the Sciatt and Beetroot (pan-seared scallops) entree and a Panseared Rockling (Baccala with grilled Unagi, candied lemon, amaranth); with charred broccoli, chilli, sour cream and shallots at the side and Matcha Entremet (a Rhubarb mousse), washed down with a Rob Dolan Shiraz. refuelling for the snow 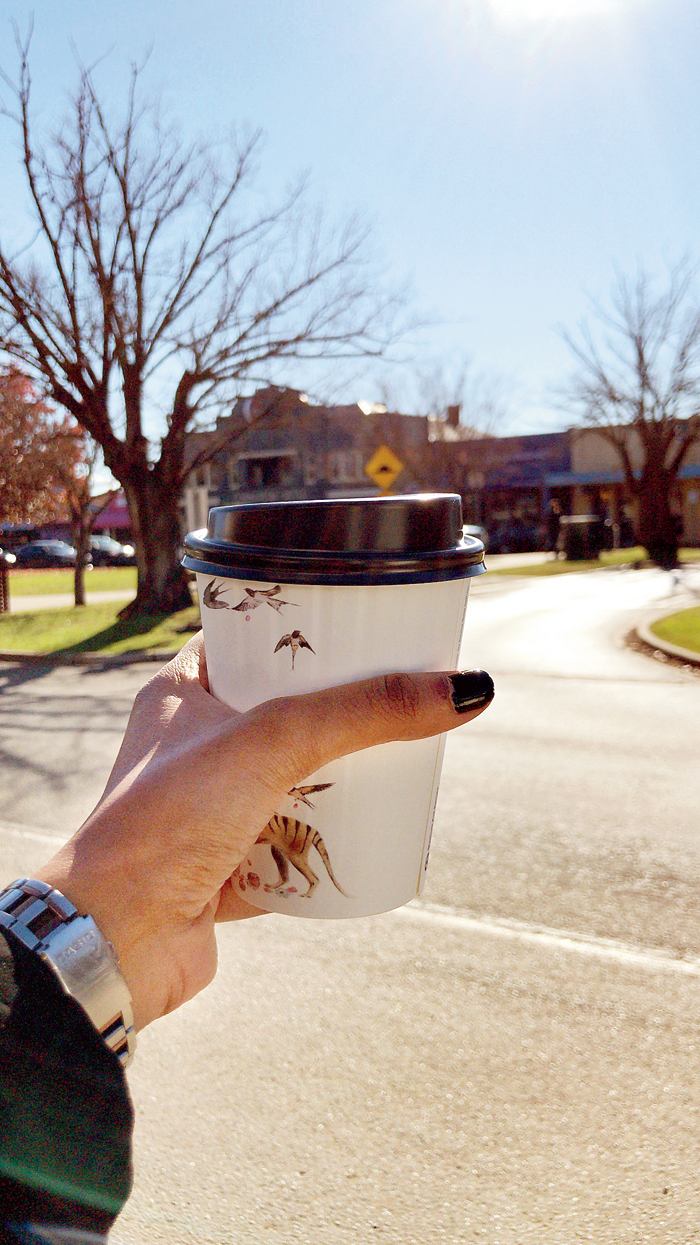 I fuelled up with a turmeric latte from the Mansfield Regional Produce Store in a recycled paper cup with an artist’s work digitally printed on it.
Anannya Sarkar

Our first meal at the snow-covered peaks of Mount Buller was at the Breathtaker Hotel & Spa’s Loft Bar, where we enjoyed a Curried Lamb Toasted Roti Wrap, the closest to any Indian meal I have had there. The abundant sunlight in the cosy setting was in perfect accompaniment to the sub-zero climes of the ski-slope town. After a day spent taking ski lessons — which only means that I learnt to just about ski upright on a small slope without taking yet another tumble — we cleaned up and headed to Kaptans, Pension Grimus that is locally famous for its regional alpine-influenced cuisine and is owned by Mount Buller veteran Hans Grimus. Dinner started with a rum and tea concoction to warm up in the snow and went on to salads and mains. A meal here is said to be incomplete without their famed dessert and so we abided by indulging in the Salzburger Nockerl — a huge hazelnut and chocolate chip souffle served with hot chocolate sauce and vanilla ice cream. 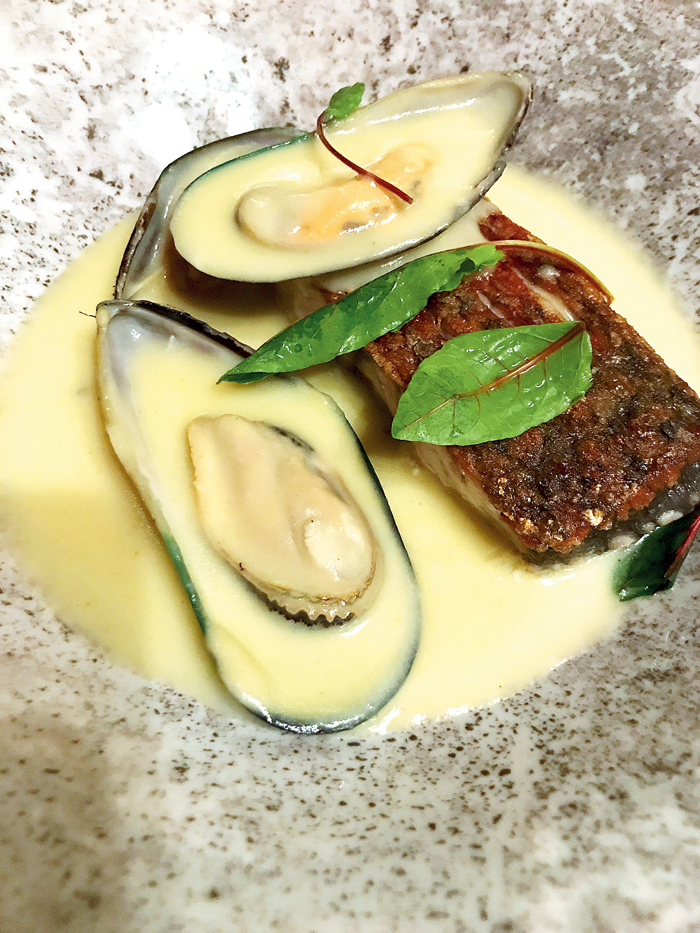 After a spot of skiing, indulge in a meal at the Kaptans, Pension Grimus, locally popular for its regional alpine-influenced cuisine — and do not give their Salzburger Nockerl dessert a miss!
Anannya Sarkar

After trying out various pubs, restaurants and cafes, time was nigh for a taste of the community spirit as we swung by the local produce store at the Mansfield Regional Produce Store on our way downwards from Mount Buller. Built in the 1800s, this cosy cafe-cum-store has a menu that changes according to the seasonal availability of, well, the local produce and has quaint knick-knacks on sale as well. In the tiny town of Mansfielf, chances are that you’ll run into the entire population at this place! We dined on some lamb shanks, fresh bread and I grabbed a turmeric latte to go for our long ride ahead to Phillip Island.

Our first meal at Phillip Island was at the Rusty Water Restaurant & Brewery where the owner swung by to chat about a recent whale-sighting in the waters surrounding the island. Then came out their ale-tasting platter with four different variants named Pinnacle Amber, Shipwreck, Koala and Whale (lighter to stronger), which we downed with a platter of seafood and an otherwise vegetarian red sauce spaghetti that I convinced the chef to throw some chicken in. Our lunch the next day was at the Churchill Island Visitor Centre cafe, where, I can safely say, I had the best beef burger I have ever had! With a peacock and the crisp sunlight for company and the spectacular view of the horizon, this simple meal ranks high on my Vic grub list.

While every meal was itinerated keeping its variety in mind, what really blew my mind was the state and the country’s careful consideration for conservation and the climate. While almost every takeaway coffee cup was made of recycled paper, every meal focused on different aspects of a farm-to-fork ecosystem and almost every eatery had a zero-waste policy. Sitting in the 21st century, this knowledge, perhaps, makes all the difference between “good food” and food that is also good for the planet. So now you know why we were left so impressed by Victoria’s F&B offerings and if you’re there, you must seize the day!