PANJIKA PRIVÉ: The 'panji' was a combination of the commercial and the cosmic; thick with advertisements, of gemstones, everyday products, and ointments that were panaceas 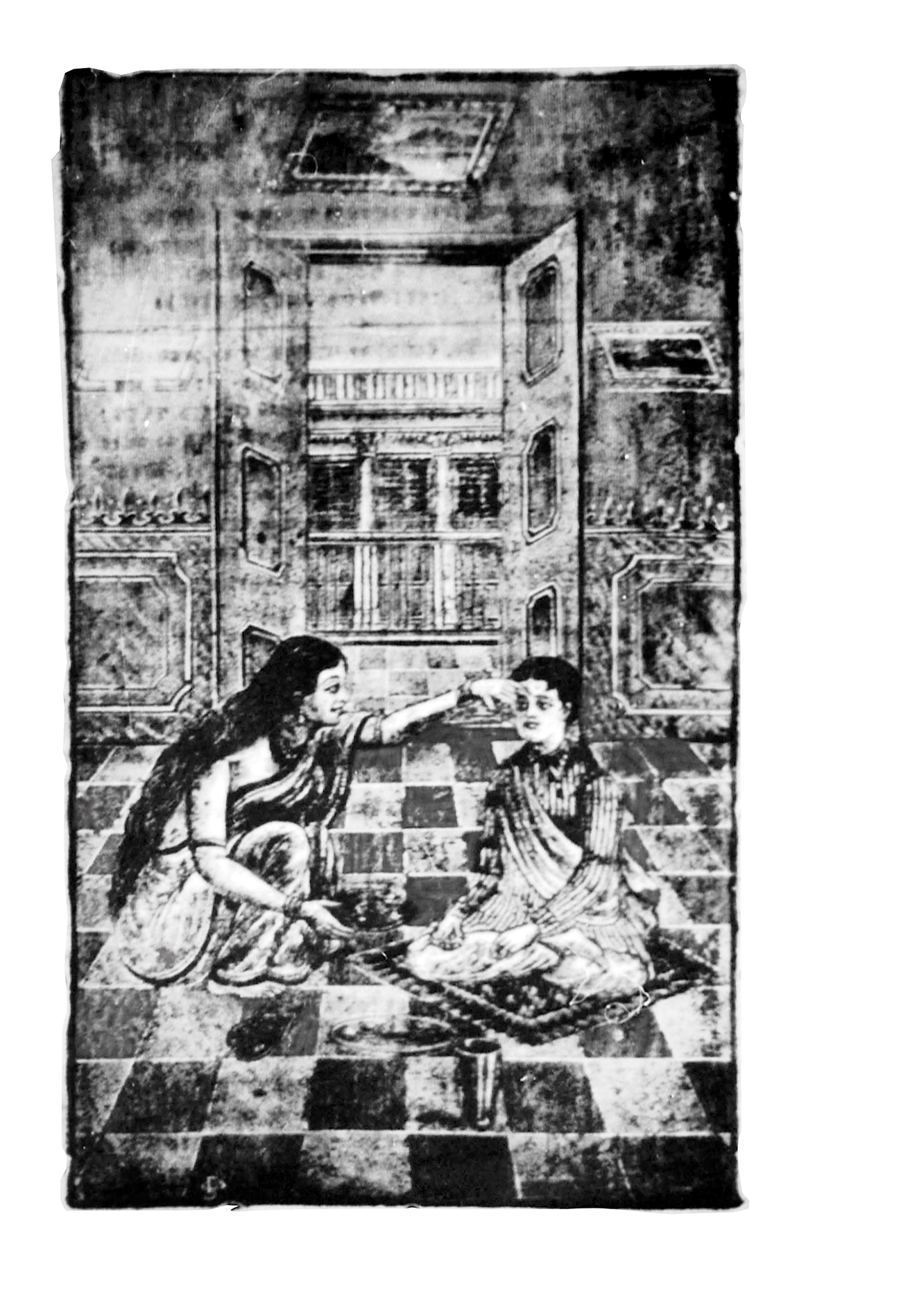 In my mind the panji became another ancestral figure, an ancient authority that had to be obeyed
Courtesy, Shyamal Chakrabarti
Chandrima S. Bhattacharya   |   Published 18.04.20, 06:54 PM

The Bisuddha Siddhanta Panjika, or panji, would rest at the head of my grandfather’s bed, which was where he’d meet his visitors. He was a Sanskrit scholar and a purohit, and he would get a stream of visitors every day. During many of these visits, he would pick up the panji, collect a pinch of snuff from his snuffbox, see it off deep into his nose and pore over the book.

The panjika would usually be dog-eared quite early in its life because of the quality of the paper it was made out of. I would be a small girl hovering around as my grandfather, my father’s father, would point at a particular page and get into a discussion with a visitor of which I understood nothing.

But I would know that it was an important discussion and the book was making the decision. I also knew that the book would further decide which day the next puja would be held at our ancestral house in Salkia, Howrah, where my grandfather lived with some of his sons.

Since visits to his house made up for most of the outings from my childhood and attendance at a puja was compulsory, the book was perhaps even more important to me than it was to my grandfather’s visitors. It decided the shape of my week. And what fun I would have or not have.

In my mind the panji became another ancestral figure, an ancient authority that had to be obeyed. (Grandparents are ancient creatures to a child; only years later, in retrospect, they begin to seem their age, even young.)

The panji also meant something else. It was a perfect symbolic representation in text of what the religious life of the household, to which it was so tied, looked to me.

Both were a mix of the familiar and the incomprehensible — and I was not sure how I felt about them.

The panji was a combination of the commercial and the cosmic. It was thick with advertisements, of astrological gemstones, of everyday products, of ointments that were panaceas. But the geometric figures representing planetary positions that were reportedly ruling our lives refused to yield any meaning to a child’s mind and filled it with a sense of foreboding instead. Likewise with the pujas and the rituals that the household followed.

A family puja would be a joyous occasion. It would reunite me with my cousins, and result in an afternoon full of laughter and the most bizarre games, some of which were freshly invented. But they would also mean hunger.

Every puja in the household would take very long because they would be performed with a perfection that my grandfather would insist on. He would himself be the priest and preside over every detail. By the time he would emerge from the puja, we would be a collapsed heap of little bodies. And then we would be treated to the prasad; first, pieces of fruit that had gone blunt at the edges and batasha, flat sugar candies, and then, the bhog, which was usually vegetarian. I never liked any of these too much. I always felt it was too little after too much.

Plus, the eating of the food would be governed by the rules of entho, the principle that decided the sanctity of food. Entho, which spread through cooked items, partially eaten food or just by someone who was eating. It was transmitted like electricity and made everything impure. In effect, it meant that we could not even drink water as we ate.

We followed the Bisuddha Siddhanta school. It meant that our pujas were often performed a day earlier or later than the commonly accepted puja day, as decided by the Gupta Press panjika. I didn’t feel good about it. A child wants to belong, not stand out, even in a new dress.

I would often wonder how my kindly grandfather, who would otherwise only pretend to be strict, and be perfectly indulgent towards his grandchildren, could make us go through these ordeals. It could not be he. It was the panjika. So I was very glad when I went away to another city and observed Durga Puja my way, on the day it was celebrated by everyone, not caring which panji I had to follow.

The story of the Ganga